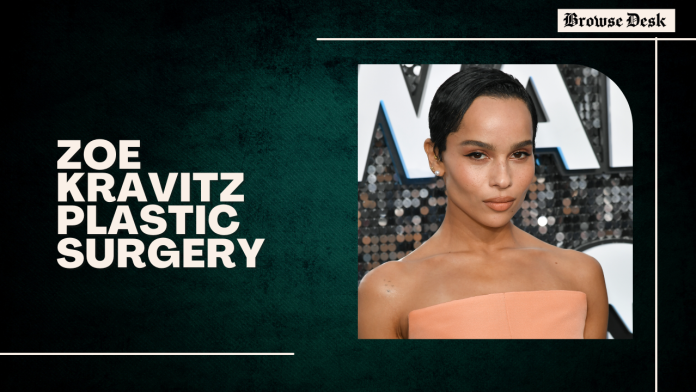 Zo Kravitz has been in the spotlight for as long as we can remember, but since assuming the legendary role of Catwoman, she has drawn much more media attention than usual. (And, of course, her incredibly exciting romance with Channing Tatum!)

The 33-year-old Big Little Lies actress, who, let’s face it, has always been ridiculously beautiful; just look at her mom! has been appearing a little different lately, and fans and cosmetic surgeons have noticed it, but they are unsure of what has changed or what it can be attributed to. Let’s go over a few aspects that have recently come to the internet’s attention, such as her incredibly sculpted cheekbones, more defined chin, and noticeably bigger eyes. 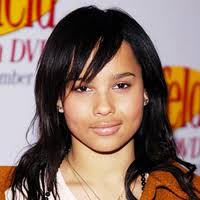 One of the many industry experts who has commented on Zo’s recent transformation is The Eyes and Brows – Beverly Hills plastic surgeon Charles S. Lee. The first thing he noticed was the difference in the height of her brows, which can’t be achieved with standard eyebrow hair removal methods like threading, waxing, or microblading; this suggests that she may have undergone an alleged brow lift or gone one step further and had an upper blepharoplasty.

As more of the upper eyelid is visible, the Fantastic Beasts actress’s once somewhat hooded eyelids are obviously more open now. When photos are compared side by side, even though the change is slight, it is very obvious! 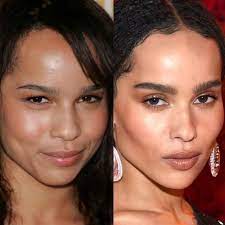 The Chin-Zo’s chin appears more chiseled and sculpted in current photos, and this is even more apparent when comparing them to earlier ones of her. People have therefore speculated that she may have had filler put to her chin in order to make it smaller and more pronounced.

Speaking of fillers, fans and industry insiders have speculated that the Kimi star had had fillers on her face due to her raised and extremely sculpted cheekbones. However, the hollowing beneath her cheekbones can be due to a partial or complete buccal fat removal, or it might be natural and merely be a result of aging. We are completely smitten with her bone structure, even if we can’t say for sure right now.

The comments on Charles S. Lee’s TikTok account concerning Zo’s makeover show the wide spectrum of reactions to her transformation, which has divided the internet. One admirer commented on @drlee90210’s video, “Omg she is absolutely a new person,” but many others thought the shift was simply the result of growing older. One admirer noted, “She looks the same she grew up,” while countless others remarked on how beautiful she is and has always been. One fan cried, “She is lovely no matter what!”

Others believed that she may have overstepped the mark with the reported treatments, though. Someone said, “She looked better when she was natural,” while another agreed, writing, “Her natural face is better to me.” Others supporters insisted that it was all in her genes and didn’t believe she had done much work at all.

One fan said, “It’s not filler; she got it from her mom,” to which another responded, “Nah; she had surgery,” and then added two laughing and weeping emojis. Unless Catwoman herself informs us, we suppose we won’t ever be able to be certain!