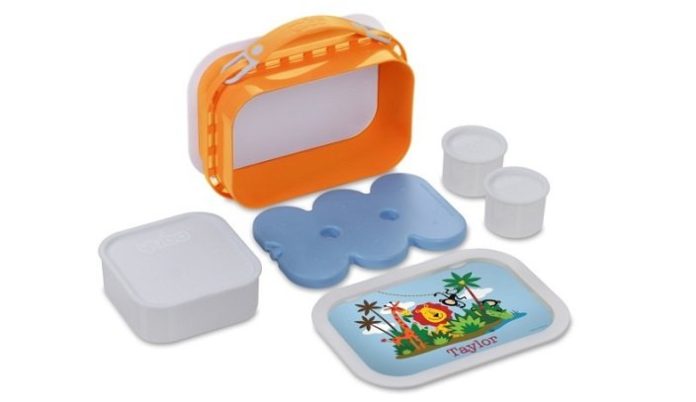 What Exactly Is the Yubo Lunch Box?

Yubo is a modular lunch box system that comprises stackable, reusable containers. Kids may customize their lunch boxes with their names and a range of beautiful images on detachable faceplates. Personalized lunch boxes may be embellished with anything from original artwork to photographs.

Each lunch box comes with a premium package that contains a choice of compartments for full-size sandwiches and smaller snacks, as well as a custom-fitted ice pack that fits snugly beneath the food storage containers.

Who is Yubo Lunch Box’s founder? 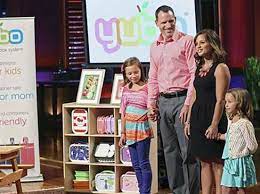 The Yubo Lunchbox was established in 2007 by Paul and Cyndi Pedrazzi. They set out to rebuild the lunch box after becoming dissatisfied with the number of plastic baggies they were using for their own children’s lunches.

During the first three years of operation, the firm had steady growth, with a list price of $30 for the basic lunchbox, which could hold a sandwich and a snack item. The materials are free of BPA and phthalates, which is an important feature. The entire thing is quite durable.

There are endless possibilities for food storage combinations. The Yubo, comes with three different container inserts, allowing anyone to pack practically anything for lunch! The Yubo allows me to incorporate a variety of things in their lunch because kids appreciate different containers for their meals.

The Pedrazzi feel that having a range of design options protects kids from becoming bored with their lunch boxes. Yubo is sold on Amazon and at select stores across the world.

What Happened to Yubo Lunch Box at Shark Tank Pitch?

In episode 10 of season 5 of Yubo Lunch Box on Shark Tank, Cyndi and Paul decided to pitch their brand to Shark Tank investors in order to get distribution in larger retail outlets.

Paul and Cyndi go on Shark Tank to ask for $150,000 in return for a 15% ownership in their company, Yubo, which is worth $1 million. The business owners show off their daughter’s cloth lunchboxes, estimating that they use 2,000 plastic bags each year on average.

Yubo is dishwasher safe and comes with distinctive containers and a snuggly fitting ice pack. They give each Shark his or her own Yubo box. The boxes range in price from $21 for a basic box with no embellishments to $30-40 for a Yubo that has been fully personalized and painted.

The pair now has access to 100 retail outlets. They’ve been on the market for four years and are projected to fetch $200 to $250,000. They’re ready to expand their retail possibilities, and Cyndi plans to work with Disney to negotiate an arrangement that would allow tourists to buy Yubo personalized with photographs from their park visit right in the gift shop.

One condition is included in the offer. To obtain production, they were forced to trade 20% of the company to the first manufacturer, as well as a 5% sliding scale royalty on sales, which drops to 1% once 750,000 units are sold.

Mark Cuban has stepped down, claiming that “the notion of monarchy is so incorrect.” The Yubo is too big, according to Barbara Corcoran, and will not fit neatly in a backpack. She departed as well.

Kevin O’Leary makes a proposition. He is willing to pay $150,000 in exchange for a 10% stake in the company, but he also wants the manufacturer’s royalty agreement. Paul is skeptical that an additional royalty is feasible.

Robert Herjavec joins the battle. He’s giving $150,000 in exchange for a 30% ownership stake in the company, claiming that “this is a genuine home hit.” Lori Greiner offers a third offer: $150,000 for a 20% share in the company. She already works for Disney and has a Walmart contract.

Kevin O’Leary cancels the royalty and cuts his ownership stake to $150,000 for 20% equity shares, with couples able to buy him out for 12.5 percent if they pay back the initial investment in 18 months.

Lori Greiner isn’t going down without a fight. She lowers her request to $150,000 in exchange for a 15% ownership in the company, but she demands payback within 15 months. Kevin O’Leary adjusts his offer somewhat, cutting his 12.5 percent ownership to 10% when Robert Herjavec makes a non-repayable offer of $150,000 for 15 percent equity shares.

The couple wants to leave the Shark Tank to examine the offers, but the Sharks warn them that things in the Shark Tank might change rapidly. Robert Herjavec suggests partnering with Kevin O’Leary in exchange for $150,000 and a 15% share in the company, with the option to cut the stake to 10% if the money is repaid in 18 months. Finally, the pair accepts the offer and leaves the pitch with a contract.

After Shark Tank, What Happened to Yubo Lunch Box?

The Yubo shot to stardom after its debut on Shark Tank. Kevin, Robert, and Yubo Lunch Box reached an agreement. The Sharks kept their word, bringing Yubo to new heights of popularity in the lunch box market. In addition to the United States, the Yubo is now available in Australia, Canada, Hong Kong, Indonesia, the Netherlands, Norway, Turkey, the United Arab Emirates, and England.

The boxes are available through Amazon, Disney stores, and a variety of other major retailers. The Yubo Tote, a washable bag that detaches to lay flat for easy cleaning, is now available. The Tote has a larger capacity, which is better suited to the appetites of bigger children, as well as a more mature design for youngsters who have outgrown carrying a “lunchbox” to school. In January 2019, the company terminated operations. On the company’s Facebook page, Cyndi posted the following statement.

During the presentation, the firm was valued at $1 million, thanks to a $750,000 investment from two Sharks. The firm has now ceased operations, hence the current net value is unavailable.