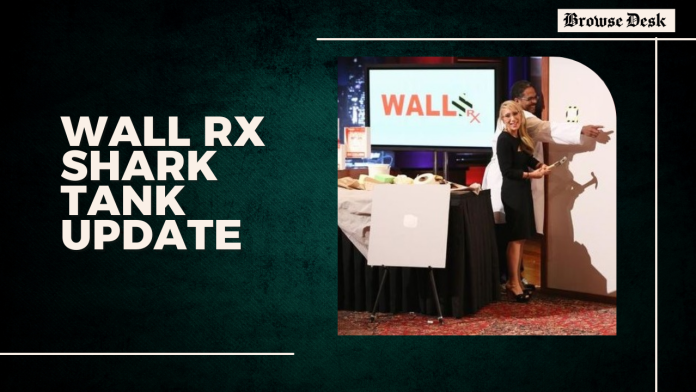 What Is Wall Doctor Rx, and How Does It Work?

In less than 60 seconds, Wall Doctor Rx is a do-it-yourself solution for fixing drywall holes or cracks. It restores the wall’s strength and finishes while supporting up to 50 pounds.

Peeling, pressing, and rolling are all that are required. Simply pull the protective covering off the patch and drywall compound, press the hard plastic patch over the hole, and then roll the drywall compound over it.

It can be sanded and painted after 24 to 48 hours. It’s a tiny package that contains a comprehensive drywall repair kit. Hammers, fists, wall outlets, and doorknobs can all cause holes up to 4 inches in diameter, which The Wall Doctor can repair.

It also quickly fills in small holes left by picture hangers, screws, and drills. The Wall Doctor comes in four sizes ranging from 1 to 4 inches, making it easy to find the perfect fit.

Who Is Wall Doctor Rx’s Founder?

Wall Rx was established by forensic pathologist Dr. Jim Lewis. After punching a small hole in his wall while hanging Christmas decorations, Lewis was inspired to invent Wall Rx. He sought a more user-friendly approach to fixing drywall gaps after getting a big repair bill. 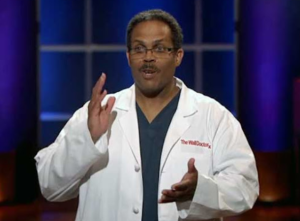 Wall Rx drywall repair kits provide everything you need to repair tiny holes ranging from 1-to 4 inches in diameter. It’s a much more cost-effective option than employing a handyman, at less than ten bucks each kit.

What Happen to Wall Doctor Rx at The Shark Tank Pitch?

@walldoctorx you had me at 'no skills needed' #homerepair pic.twitter.com/oz3hNuJZep

The doctor starts by showing the Sharks how much material is needed to repair a tiny hole in drywall. Then he shows off his much more concise and streamlined method. He invites the Sharks to assess the system. Lori Greiner accepts his offer and punches a hole in the wall before sewing it up herself.

Three patents for the product have been issued to him. Daymond John is enthusiastic about sales. In three years, he has sold 80,000 units of the product, totaling $600,000. Lori inquires about pricing, to which Jim says that each item costs between $4.99 and $6.99. Manufacturing each item costs him between $2 and $2.50.

In the coming year, he expects to make between $.5 and $1 million (2015). In order to expand into Lowe’s and other major retailers, he wants to automate the manufacturing process. Robert Herjavec makes an offer. He will pay $150,000 and accept no stake in the company, but he will demand the right to resale the goods globally.

Kevin counters with a $150,000 offer for a 15% stake, with the stipulation that he wants to license the technology and deliver it to a huge firm capable of global distribution. Jim would be able to continue working as a physician and get a monthly salary as a result of this.

Daymond John responds with a $300,000 investment for a 15% interest, following O’Leary’s approach of outsourcing manufacturing and licensing the product internationally. Lori Greiner also makes a $300,000 bid for a 20% interest, which she plans to sell on QVC and in other international markets.

After hearing all of the offers, Mark Cuban decides to go. Lori Greiner and Robert Herjavec are asked to make an offer by Dr. Lewis. After Greiner declines, Dr. Lewis tries to accept Herjavec’s offer. “I don’t want to be your cousin at the wedding,” Robert says. He’s about to go, but Dr. Lewis persuades him to stay and obtains a Shark contract for him.