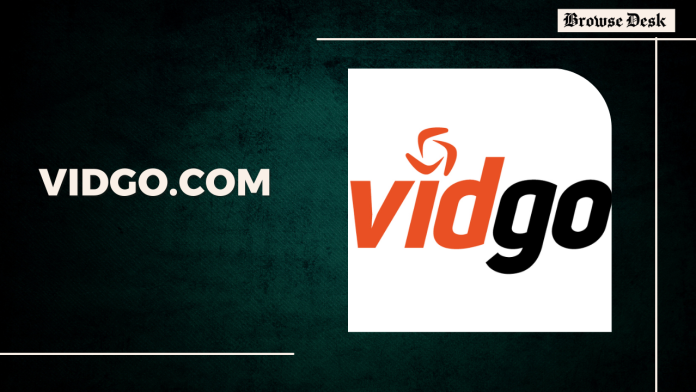 What Exactly Is Vidgo Tv?

Vidgo TV is a relatively new entrance into the crowded internet streaming industry. The service, which debuted in December 2019, offers customers a selection of more than 65 live channels, including entertainment, kids, lifestyle, news, and sports.

Vidgo streaming is a particularly enticing alternative for college sports enthusiasts since it offers one of the most diverse channel selections available in the streaming market. It does not, however, give access to local sports networks that broadcast live games from major American sports leagues. For Spanish-speaking viewers, the service is also a viable choice.

Vidgo TV, unlike the majority of its streaming competitors, does not allow members to record content. They may, however, use the service’s TV Everywhere function to stream programs on demand.

Devices that Work with Vidgo Tv

On Vidgo Tv, There’s a Lot to Watch:

Vidgo TV has a large number of channels to pick from, with over 60 in the base Core package and an extra 17 in the Plus plan. A&E, Animal Planet, Comedy Central, Curiosity Stream, Discovery, Game Show Network, History, Investigation Discovery, Lifetime, MTV, National Geographic, VH1, and Viceland are among the entertainment channels included in the Core package. Aspire, DIY Network, and Travel Channel are just a few of the leisure networks available. Its news selection is limited, with just Cheddar and FOX News available to members.

Vidgo’s greatest strength is its sports channel lineup, which includes six ESPN channels (ESPN and ESPN 2), as well as FOX Sports 1 and FOX Sports 2, NFL Network, and Stadium. That is, it covers most major sports well, but it lacks local sports networks that broadcast live Major League Baseball, National Football League, and National Basketball Association events. Local networks such as ABC and FOX, on the other hand, may be accessed utilizing the TV Everywhere function.

Is Vidgo Suitable for a Family?

With prominent kid’s TV channels like Disney Channel and Nickelodeon, as well as Disney Jr., Disney XD, Nick Jr., and TeenNick among its channel list, Vidgo TV provides something for everyone in the family.

CMT Music, Destination America, Discovery Family and Discovery Life, Law & Crime Network, MTV 2, and MTV Classic are among the extra entertainment options available when you upgrade to Vidgo TV Plus. It also offers a variety of other sports options, such as NFL RedZone and extra-regional Pac-12 networks.

The Latino plans, on the other hand, can’t be added to the Vidgo TV Core or Plus subscriptions. If users want both English and Spanish channels, they must either register two Vidgo accounts or use another streaming service to get the English-speaking channels. 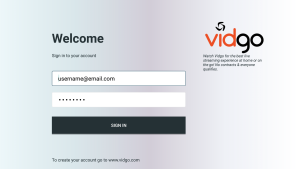 AMC, BBC America, Cartoon Network, CBS, NBC, Turner Classic Movies, TNT, and Tru TV, which are generally accessible on other popular live streaming services, are not included in the Vidgo TV list. Customers also do not have the option of adding premium channels to their subscription, such as Cinemax, Epix, HBO, SHOWTIME, or STARZ.

Vidgo TV Has the Following Features:

Vidgo TV, unlike its competitors in the live TV streaming market, does not allow consumers to record programs. It does not give a Digital Video Recorder (DVR), which is a popular feature offered by other live streaming providers. Vidgo TV also does not provide on-demand viewing of movies and television series.

Vidgo TV shines when it comes to allowing members to watch material on up to three streams at once. This is competitive with all of the most popular live streaming services, and only the Sling TV Orange + Blue package, which allows customers to watch on up to four devices at once, surpasses it.

Vidgo TV, on the other hand, does not allow users to establish numerous profiles per account, thus various members of the same household will have to use the same profile on different devices to access the service.

Vidgo TV offers a simple user interface that comprises just a channel guide. Channels are organized in rows that show the next two hours of programming and are neatly classified into categories like Family, Favorites, Recents, and Sports, making it easier for viewers to discover what they want and reducing the amount of time they have to navigate through the guide. It does not, however, have parental controls that allow parents to limit the sorts of content available to their children.

TV Everywhere is another intriguing feature offered by Vidgo TV. This allows viewers to watch TV shows on-demand and on the go, as well as live broadcasts, even when all three of their simultaneous streams are active. It also gives viewers access to networks such as ABC and FOX, allowing them to watch live programs from their local area as well as their favorite local sports teams.

Vidgo TV users may also view over 30 channel networks for free on their own applications thanks to this functionality. Networks such as beIN Sports, Disney Channel, ESPN, FOX and FOX News Channel, Hallmark Channel, History, MTV, National Geographic, NFL Network, Paramount Network, and VH1 are included in this category. Subscribers to Vidgo TV must first open the relevant network’s app, click Sign Up Later, then go to settings, pick TV Provider, and search for Vidgo TV. They’ll be able to use their Vidgo TV login and password to check in to the service.

Vidgo TV is a pre-paid monthly service, meaning customers pay for a month’s worth of access up in advance and can cancel at any time before the next payment is due. It also offers a 3-day free trial for new clients to try out the service before committing to a full membership.