Urbio is a modular solution for urban gardening and managing limited spaces. Urbio is a recyclable product using neodymium magnets constructed of lightweight and resilient polypropylene plastic. It comes in a variety of vessel sizes.

This magnetic wall planter and organizer adds a sleek and modern touch to your house while saving space. Urbio is perfect for creating live plant walls or storing stuff in the kitchen, garage, or bathroom. Although the initial purpose was to create space-saving indoor gardening vessels, the containers may be used for plants or storage. 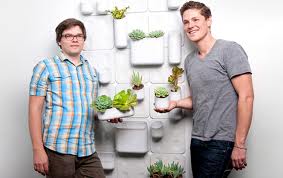 Who Are the Urbio Founders?

Jared Aller and Beau Olyer, together with partners at Enlisted Design, a design agency founded by Aller in 2008, created Urbio as a solution to the difficulty of limited gardening space in small, indoor, urban settings. The young entrepreneurs sought help to complete the development process by using the start-up crowd-funding portal Kickstarter.

Their goal for the forty-day campaign was only to raise $15,000 to aid with tooling costs, but they ended up generating more than $77,000. Magnets on the planting modules make it easy to remove them for watering, pruning, or harvesting, and the containers come in a number of sizes to meet a wide range of planting and arranging needs.

Jared Aller and Beau Oyler went on Shark Tank episode 13 in pursuit of $300,000 in return for a 12% stake in their startup, Urbio. This equates to a $2.5 million price tag. In congested urban locations, the reusable, modular gardening pots may be stacked to optimize space for growing plants.

The gadgets stick to any metal surface, even their own metal plates, using powerful magnets. The Sharks are ecstatic with the early sales figures: Urbio has been purchased in 50 countries in just five months. Urbio has sold for $125,000 and is accessible in 25 retail locations.

Due to his prior understanding of the product, Mark Cuban withdraws from the conversations. The first person to make an offer is Kevin O’Leary. $300,000 for a 20% ownership, with the understanding that the partners will be reimbursed from the profits.

A counter-proposal is proposed by Robert Herjavec. He’s willing to offer them $400,000 in exchange for a 20% stake in the company, plus $100,000 to hire a full-time business manager. Daymond was less enthusiastic. He went out since he thought the previous offers were generous and couldn’t understand his fellow sharks’ evaluation. 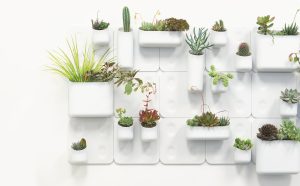 Lori Greiner makes a third offer, $300,000 for 20%, in exchange for her marketing expertise and outlets. “Sometimes you remind me of a golf ball, small, bald, and I want to hit you hundreds of feet away,” she says after Kevin O’Leary tells them that “the people who watch QVC are grandmothers.”

A prominent shop gives the team a $150,000 sales order. As a result of this information, Lori’s offer was increased. She is now offering a $400,000 investment in exchange for only a 15% ownership in the firm.

Robert didn’t want Lori to pull ahead of him, so he raised his bid to $400,000 with a 17.5 percent interest rate. The astute designers held a quick discussion, but the outcome was clear even before they spoke. Lori’s offer was accepted, and everyone exchanged smiles and handshakes.

After the Shark Tank Pitch, What Happened to Urbio? 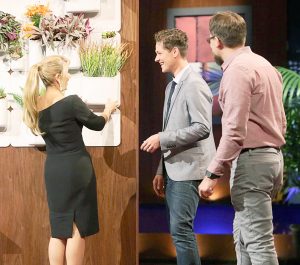 Under Greiner’s guidance, Urbio continues to grow and extend into new markets. The product’s award-winning design and straightforward appeal keep it flying off the shelves. Sabi Space was bought for an undisclosed price from Sabi Inc. in 2015.

Sabi Space creates “well-designed bathroom and kitchen accessories that are very easy to install and give a creative solution to any storage or organizing challenge in the bathroom or kitchen.”

Honey-Can-Do International, a well-known manufacturer of storage and organization products, bought the company in February 2016. The goods are now being sold under the Perch brand.

What Is Urbio’s Estimated Net Worth?