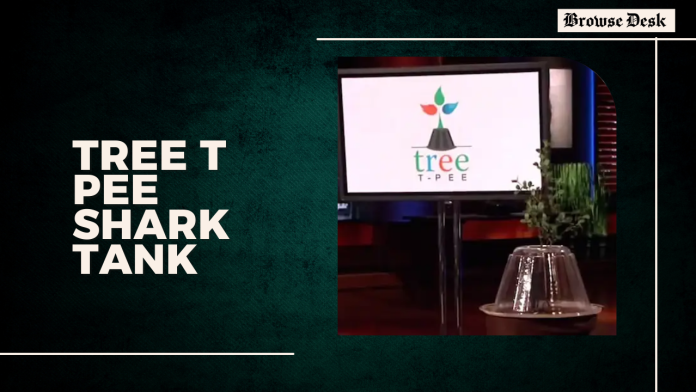 What Is Tree T Pee, Exactly?

Tree T Pee was founded by Mr. Johnny Georges of Arcadia, Florida, who sought help from the Shark Tank in episode 501 to help his business succeed. The Tree T Pee has been operating since 1986, and its main goal is to help citrus growers conserve water in the citrus states.

The Tree T Pee is a biodegradable plastic cone that is intended to protect young tree roots. In warm, southern climates, it reduces water demand per tree from 10,000 to 800 gallons per year.

The Tree T Pee may be customized with logos and comes in a choice of custom colors. Thousands of Tree T Pees are currently in operation, and the increased demand for water conservation ensures that this device will continue to find uses in the future.

Who Is the Tree T Pee Founder? 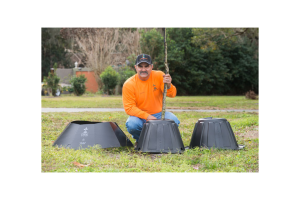 Tree T Pee was created by Johnny and Rick to protect crops from frost damage. To protect the budding trees from freezing and death, the father and son were putting earth around them.

The soil would have to be removed from the trees the next day in order for them to warm up in the sun, but this would take a long time. Johnny once inquired of his father if there was a simpler way to accomplish this. Rick devised a cone to be placed around trees, which proved to be effective. The only problem was that removing the cones would take an inordinate amount of time and effort.

Johnny Thought About Making Tree T Pee as A Method to Save Water. It Had a Domino Effect, He Claims Because It Resulted in Power and Gasoline Savings. Many Farmers Rejected Johnny’s Ideas and Continued to Do Business as Usual, but He Was Adamant About Converting One Farmer at A Time.

In 2013, Johnny Was Invited to Appear on Shark Tank. “it Was to Get up There and Be Yourself and Hope They Liked You,” Johnny Said in An Interview. if Not, They Will Have the Opportunity to Show the Rest of The World What We Are Doing to Preserve Water.”

Johnny Georges Has a Lot of Respect and Regard for American Farmers. He Spent Over Two Decades in The Citrus and Irrigation Companies with His Father, Rick. In 1984, They Developed a Plastic Device that Could Be Wrapped Around Tree Roots to Protect Them from Frost Damage While Also Conserving Water. Over the Years, Some Farmers Have Employed Tree T Pees, but They Were only Available in Certain Places.

Since He Became Aware of The Impact of Water Conservation on Agriculture, Johnny Has Created a Means for Farmers to Save Money and Water While Tending to Their Crops. He Had a Tool that Farmers Could Use Right Away to Change Their Business Operations. Johnny Went on Shark Tank with The Hopes of Getting Finance and Support to Help Farmers All Across the Country Build Their Tree T Pee Operations.

Tree T Pee Is an Effective Way to Save Water During Irrigation, Reducing the Amount of Water Used per Tree from 25,000 to 800 Gallons per Year. Johnny Is Looking for $150,000 in Exchange for A 20% Interest in Tree T Pee. Johnny Is a Guru in His Industry and Sells a High-Quality Products. He Has Seen It in Action and Understands how It May Assist the Farmers with Whom He Has Worked for Many Years.

However, He Is Not a Natural Public Speaker and Is Unaccustomed with The Bright Lights and Cameras, as well as The Panel of Renowned Entrepreneurs to Whom He Is Pitching His Company. As He Began His Pitch, Johnny Felt the Pressure of The Situation and Stopped, Unable to Recall What He Knew and Had Studied.

Johnny Georges Appeared on The Show in Quest of A $150,000 Investment in Exchange for A 20% Stake in His Business. the Presentation Began with Johnny Failing to Remember His Words as He Became Flustered, Adding that “great Things Happen when Decent People Come Together for A Noble Cause.”

Johnny Goes on To Describe the Tree T Pee, a Water-Saving Product Made Completely of Recycled Plastic that Uses Irrigation to Reduce Water Consumption from 25000 to 800 Gallons per Year. The Show’s Guest Shark, John Paul De Joria, Inquires About the Product. Johnny Demonstrates the Device by Explaining that The Tree T Pee Will Collect Three Millimetres of Rainwater in One Hour Once It Is Placed Around the Three.

Kevin O’Leary Wonders if This Is the Original Idea and Why No One Has Thought of Making a Device that Shoots Water at The Roots. While Such Items Are Being Developed, Johnny Informs Him that The Wind Will Carry the Water Away.

Kevin O’Leary Was Amused by The Product’s Ability to Save a Significant Amount of Water. the Only Thing that Needs to Be Added, According to Johnny, Is Energy, Because Farmers Already Have Their Water. Johnny Goes on To Say that He Has only Sold to People He Knows in Five Remote Areas. California Is a State in The United States.

He Has Produced 127,500 Tree T Pee. the Cost of Each Unit Is $3.95, with A Profit of $4.50 per Unit. Because He Was only Making a Dollar on Each Sale, the Sharks Were Displeased with The Profit Margin. In Response to Their Question About the Patent, Johnny Explains that He Has a Utility Patent in His Name. Johnny Further Informs Them that Certain High-End Models Have a 30- to 40-Year Life Expectancy.

Mark Wonders if He’s Thought About Expanding Into Other Countries. Johnny Says that He Hasn’t Taken on The Duty Since He Hasn’t Accepted It. Lori Inquires About Johnny’s Market Expertise, to Which He Says that He Knows 40 Nurseries, 19 of Which Are Commercial.

Because of Johnny’s Lack of A Network, These Were the Only People to Whom He Advertised. Johnny Goes on To Describe how One Lady Escorted Him Out, but He Gave Her Five Samples and His Business Card, and She Contacted the Next Week to Order 4,995 More Tree T Pee Cones.

Farmers in Every Part of America Are Willing to Pay Between $6 and $7 for The Items, According to John Paul De Jora. Because He Appreciates Johnny’s Commitment to The Right Cause, John Says He Will Give Him All He Asks For, Which Is $150,000 for 20% of The Equity. At First, There Is an Emotional Moment Where the Sharks Congratulate Him on The Deal that Has the Potential to Change the Lives of Farmers All Around the World.

Who Are Tree T Pea’s Backers?

Before Entering the Shark Tank, Johnny’s First Customer Was a Local Farmer. He Claims that He only Knew 42 Nurseries and That He Did Business with Them. Farmers Are the Target Market for This Product.

After Appearing on Shark Tank Alongside John Paul, the Device Is Now Available for $8 at Home Depot Shops Throughout Florida and Online. with John De Jora, the Company Has Successfully Supplied Goods Internationally, Raising the Company to A Worldwide Level.

Tree T Pee Is Sold at Home Depot Stores and Online in Florida. During the Pitch, Johnny Stated that Each Unit Costs $3.95 and Will Be Sold for $4.50.

On the Company’s Website, the Product Is Now Available for $8, Resulting in A Greater Profit Margin than Before. Since Then, Tree T Pee Has Expanded Outside Its Main Products to Include Merchandise.

Since His Time on Shark Tank, Johnny Has Worked with John Paul on Presentations to Huge Corporations. Tree T Pee Is Available for $9.97 at Florida Home Depot Locations, with The Goal of Reaching a Much Broader Market.

On Their Website, They Sell the Black Version of The Tree T Pee, and Their Facebook Fan Base Has Grown to Almost 36,000. Following Johnny’s Appearance on Shark Tank, Tree T Pee’s Net Sales Climbed Considerably. Along with John Paul, Johnny Began Presenting the Product to Large Corporations.

The Price of Tree T Pee Has Climbed to $9.97 at Florida Home Depot, According to A Recent Shark Tank Article. Tree T Pee’s Black Colour Is only Available Through Their Online Store. Rick, Johnny’s Father, Died More than A Decade Ago, but He Would Definitely Be Proud of His Son’s Efforts on Behalf of American Farmers.

Due to The Product’s Substantially Higher Market Penetration, Tree T Pee Now Has a Net Worth of The Billions. T Pee Began with 36,000 Facebook Likes and Has Now Expanded to Over 62,000 Likes and Is Still Growing at An Unbelievable Rate.

Johnny Can Now Expand the Tree T Pee’s Reach and Aid Farmers in Conserving Their Crops, Water, and Money Thanks to John Paul’s Financial Support and Commercial Backing. Rick, Johnny’s Father, Died Many Years Ago, but He Must Be Proud of His Son’s Achievements for Farmers.

The Product Is Currently Available at Home Depot Shops Throughout Florida as Well as Online. the Product Is Offered at $8 on The Internet. Along with The Tree T Pee, the Website Sells a Variety of Things for $25 to Assist the Company. White and Black Are the Two Colours Offered with Tree T Pee. on The Internet, only The Black Form Is Now Accessible, as Johnny Georges Believes it is the best for plants.