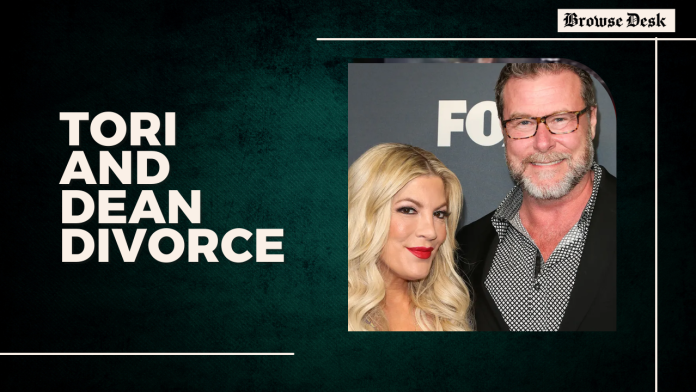 As soon as fans realized that Spelling and McDermott were no longer posting images of themselves together on social media, speculations of a breakup spread like a wildfire. A close friend of the pair told Us Weekly that the relationship was “not going well” at the time.

Contents
1. When They Seem to Be Separated?
2. The Latest Tori Spelling Rumors:

When They Seem to Be Separated?

On the 16th of June 2021, Spelling disclosed on Jeff Lewis’ radio show, Jeff Lewis Live, that she and McDermott no longer share a bedroom. In 2021, Spelling was photographed outside an attorney’s office having an angry phone call, igniting fresh speculations about the couple’s breakup. As seen clutching a notebook with the topics of “assets,” “support,” and “custody,” she was scheduled to meet with a lawyer at 3 p.m.

On November 16, 1966, Dean McDermott was born in Toronto, Ontario, Canada. He is most known for his work as a reality television presenter with his wife, actress Tori Spelling, and for hosting Chopped Canada. Due South featured him as Constable Renfield Turnbull. Actor, 54, reportedly threatened his wife of 15 years for alimony if she tried to leave him for someone else. 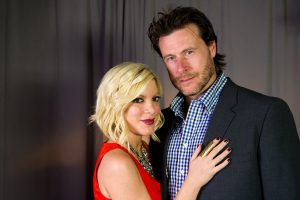 As far as we know, Tori Spelling and her husband, Dean McDermott, were involved in an epic “battle” over a divorce, according to reports. In the past few months, friends of the long-term marriage have expressed surprise that they hadn’t divorced years earlier. There may be more friction and threats between Tori and Dean, according to a source who spoke to Us Weekly.

According to an informant, the 90210 alum “wants a divorce, but feels imprisoned right now.” In addition, they mentioned that Dean recently “went AWOL” for a few days after getting into an altercation with his wife, which only led to the two having an even larger “fight” upon his return.

When he threatened to sue Tori, who has been upfront about her many financial difficulties, for child support and alimony, the pair began bickering about divorce, according to the publication. As of June 2022, Spelling and McDermott are in the middle of a divorce trial. According to a source, they’ve been thinking about terminating their marriage. “They’re not ready to go through the financial strain of a divorce just yet.

They are both feeling confined, according to the insider. In addition to the fact that parents don’t want their children to be sad, Tori has been unhappily married for a long time. For the sake of their children, they are still married. The pair, who have been married 15 years, are adamant about “working things out” amid accusations of marital strife. HollywoodLife spoke to a few insiders who are close to the True Tori actors and learned why they aren’t ending their marriage. Amid split rumors, Tori Spelling appears frustrated as she takes Dean McDermott for a COVID test. Tori Spelling looks frustrated. For the sake of their children, “Tori and Dean are working things out,” one insider added. Their lives together are better than their lives apart, and getting divorced would be a huge mistake for both of them,” a source said. In their minds, “Is it possible for our relationship to survive our differences?”

But now that Dean is working on a film and a television show, a lot of Tori’s financial concerns have been alleviated.” She is overjoyed that he is now earning money to help support their family. In order to keep their marriage strong, they need time apart when he is filming, a friend said.

Earlier this year, Tori made the shocking admission that she and Dean had not been sharing a bed at all. In March of 2021, the Mommywood author was photographed sans her wedding band and said as such. Back in 2013, when there were first rumors of Dean’s extramarital affair, Tori likewise opted out of the jewelry trend. A year after Dean admitted to his infidelity, Tori’s 2014 reality TV series, True Tori, documented the aftermath of the affair. Liam, 14, Stella, 13, Hattie, 10, Finn, 9, and Beau, 4, are the couple’s five children.

For her part, “Tori just keeps her mind off Dean,” a second insider tells HL. In the last several months, she’s been more concerned with her appearance and wants to feel better about herself. There was a success with this method! She has never looked better, and it’s giving her greater self-assurance.”

This will give Tori and Jennie (Garth) some much-needed girl time to simply have fun and forget about family life for a little while,” the friend added. “She enjoys the trip down memory lane. As she looks back on it all as a brand new woman. A lot of her time has been devoted to self-care and purging her life of anything that isn’t beneficial to her. Tori has gone through a lot, and she wants to make this year her greatest yet.”