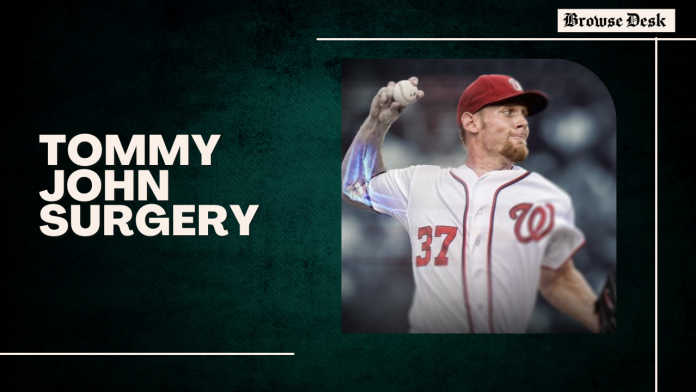 Most sportsmen can resume their favourite sports after having Tommy John surgery, which was initially performed on Thomas (“Tommy”) Edward John Jr., a baseball player.

What Is a Tommy John Operation?

Ulnar collateral ligament (UCL) reconstruction surgery is performed on the elbow. It is usually carried out after an overhead throwing athlete suffers a serious UCL injury. The injured ligament is replaced with a tendon graft taken from the patient’s hamstring or forearm. This creates a fresh, powerful ligament that might enable a full comeback to throw.

How Can I Tell if I Tore an Elbow Ligament? 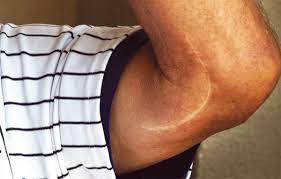 When throwing, most athletes will feel pain on the inside (medial) of the elbow, coupled with decreased velocity and accuracy. During the “layback” or “late cocking” phase of throwing, this pain is virtually always experienced. Some athletes have a pop during a single pitch that renders them suddenly unable to throw, while others experience pain and velocity loss that worsens over time. The inability to throw as hard and as far as normal will be reported by players.

Who Makes a Suitable Candidate for A Tommy John Operation?

Any healthy overhead thrower who wants to compete again and has a high-grade elbow UCL injury is a strong candidate for Tommy John surgery.

What Happens During Tommy John Surgery? 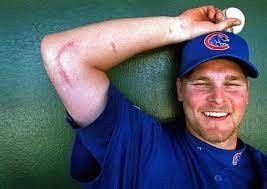 The tendon that will become the new ligament is harvested at the start of the Tommy John procedure. This is taken from either a hamstring tendon or an additional tendon in the patient’s forearm.

The torn ligament is then located. The UCL’s natural attachment points, the ulna and humerus, are then made to have drill holes. To form a figure-8 graft, the graft is then threaded through these holes and sutured. To tighten the graft in the proper place, the sutures are stitched together.

An example demonstrates how the tendon transplant is placed during Tommy John’s surgery.

Illustration Demonstrating how To Place a Tendon Graft

Tommy John’s surgery is occasionally combined with other surgeries, depending on the patient’s complaints. These can involve decompressing the ulnar nerve or performing elbow arthroscopy to remove bone spurs.

How Long Is the Tommy John Procedure? 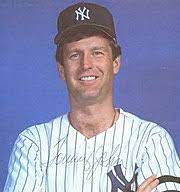 Typically, a Tommy John operation lasts 45 minutes. If other injuries need to be treated during surgery, it could take longer sometimes. Based on the patient’s medical history and physical assessment, the surgeon will decide on this course of action.

Fortunately, there are very few dangers associated with Tommy John’s surgery, but there are a few critical ones to take into account. The surgical site is near the ulnar nerve. Despite the little likelihood of nerve injury, it is always safeguarded. Infection, bone fracture, numbness around the incision, and potential injury to the new ligament are some additional hazards associated with surgery.

How Soon After Tommy John’s Surgery Can You Start Playing Sports Again?

The athlete’s sport and position have a significant impact on when they can return to competition. A throwing programme is typically started by most athletes five months after surgery. Pitchers in baseball may regain their full pitching ability 12 to 15 months after surgery, however, it occasionally takes longer. Position players can compete sooner following surgery, usually 9 to 12 months.

What Percentage of Tommy John Surgeries Are Successful? 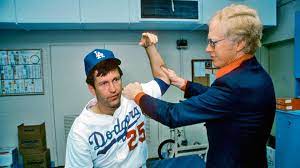 With a success record of over 90%, Tommy John surgery is fairly dependable. Dr David Altchek created the docking procedure for Tommy John’s surgery at HSS, and it has given athletes a solid and dependable way to get back into competition.

After Tommy John’s Surgery, Do You Throw More Quickly?

After Tommy John’s surgery, some athletes do throw more quickly. This is frequently attributed to the arm strengthening physical treatment and the fact that the athlete now has a strong ligament that allows for pain-free throwing with maximum effort.

There is also a chance that the graft will stretch or perhaps rupture. In such circumstances, a fresh graft might be applied to carry out a second rebuilding. Potential issues with the graft harvesting site are also possible, but they are uncommon and typically treatable with medicine.