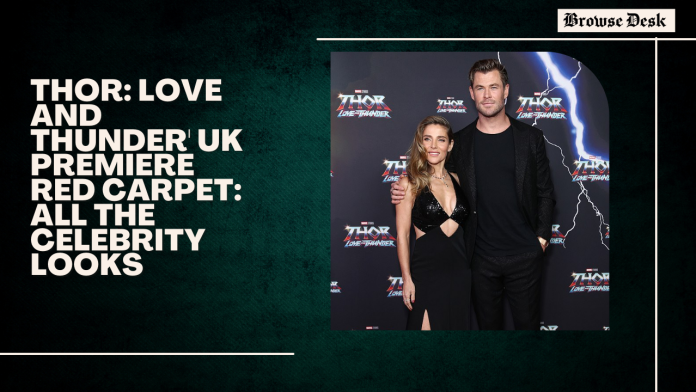 The cast of Thor: Love and Thunder attended the UK premiere of the movie on Tuesday, arriving at the Odeon Luxe in Leicester Square dressed to the nines. 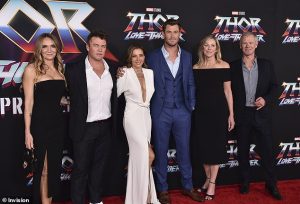 View scenes from the new movie by scrolling through the gallery below. Thor is played by Chris Hemsworth in a scene from Taika Waititi’s film “Thor: Love and Thunder.” Marvel Studios, in all images.

Thor is played by Chris Hemsworth in a scene from Taika Waititi’s film “Thor: Love and Thunder.” Marvel Studios, in all images.

In the film, Tessa Thompson, who plays Valkyrie, wore a fringed Oscar de la Renta gown with metallic boots and arm cuffs. After being eliminated from Wimbledon 2022, tennis pro-Serena Williams made an appearance wearing a short pink dress with long sheer sleeves and a thin black scarf.

Pom Klementieff, a French actress, sported a belted leather jacket over a black mesh suit with an asymmetrical hem. Rege-Jean Page, the star of Bridgerton, also looked good wearing a black blazer over a pink T-shirt. This is, as the title of the movie implies, mostly a love story, with Thor still pining after Jane Foster, the astrophysicist from Earth with whom he previously broke up. The film also transports us to New Asgard, where Valkyrie now reigns in place of Thor’s native Asgard, which has since vanished.

But when Jane shows up, she changes into the Mighty Thor in a move straight out of the comics while carrying Thor’s broken hammer Mjolnir. She soon finds herself in a fight with the God of Thunder, who appears a little surprised that she has taken possession of his one-time weapon as he uses the ax Stormbreaker.

In Just Four Weeks, “love Island” Has Received Over 781 Complaints