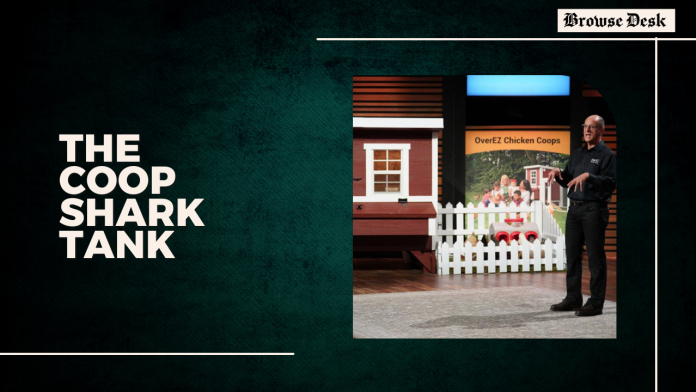 What Exactly Is the Coop?

The Coop is an excellent indoor/outdoor play and party location for kids. The Coop was created by Juliet Boydstun and Lucinda Lent of Los Angeles. It’s clean, safe, and fun for the whole family!

They set out to create a space that we would enjoy as much as their children, and they succeeded with their beautiful outdoor garden, free Wi-Fi, coffee bar, excellent publications, and stress-free amazing events. The Coop is a gathering area where everyone can have a good time.

Quick Information About the Coop:

Who Is the Founder of The Coop? As they moved from LA hipster chicks to moms, Juliet Boydstun and Lucinda Lent created the sleek and relaxing residence in 2008. The two started the business to give a better alternative to the dismal, twee, overcrowded play facilities they were always seeing.

The goal is to provide an environment where children may play, learn, and have fun while their moms rest in stylish comfort at the coffee shop. The Coop is also a safe refuge for children and their moms, providing a supportive environment. The services and activities that make The Coop such a popular hangout for parents are one of its greatest features.

The Coop hosts a variety of wickedly entertaining parties, including beauty, music, fashion, dance, cuisine, and craft events. Wi-Fi is available for free, and children are welcome to bring their own food to enjoy during their time at The Coop.

What Happened to The Coop at Shark Tank Pitch? 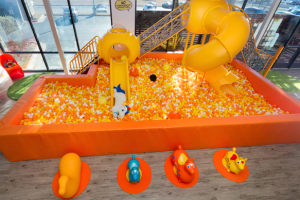 In episode 11 of season 4 of The Coop on Shark Tank, Juliet and Lucinda decided to pitch their concept to the sharks in order to help them expand their business. Juliet and Lucinda come to the presentation hoping for $150,000 in exchange for a 15% ownership in their $1 million firms.

They put on a mini-birthday party for Mark Cuban, complete with shark fin party hats, to show off their themed events. The ladies generated $350,000 in sales and a $100,000 profit in 2011. Kevin thinks franchising is the way to go, but he’s not ready to commit yet; he’s out. Robert feels the ladies should open their own establishment, therefore he is also out.

Daymond has quit since he believes he can’t provide any value. Mark chooses to go out since he feels there are less expensive kid’s party options. Barbara offers the ladies $150,000 in return for 15% interest in the firm, but only if they sign a warrant or provide a personal guarantee. The ladies exchange hugs, and a bargain is struck! They leave the pitch with a contract.

What Happened to The Coop After Shark Tank? 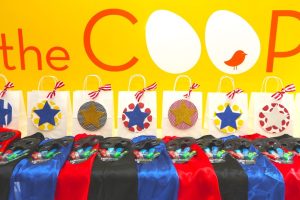 Barbara’s offer was completed after the show aired, and the two ladies walked away from the pitch with an agreement. The Coop shot an update segment in episode 426. In the episode, they reveal that they went ahead and invented the “COOP CRATE,” a “party in a box” concept that allows partygoers to take a customized Coop party home to celebrate.

Similar to an IKEA bag, the COOP CRATE is essentially a reusable and recyclable bag. During the Oscars pre-show Countdown to the Red Carpet, the Coop was hailed to as “the trendiest kids play facility in LA.”

The Coop is continually seeking new ways to expand, and they’ve found an excellent partner in real estate mogul Barbara Corcoran. The business was featured in episode 110 of Beyond the Tank. Franchising is the next level, according to the Beyond the Tank segment (filmed in 2016).

Due to the Covid-19 pandemic, they were forced to shut down in 2020. They started offering virtual parties in which they would mail favors and perform activities through Zoom. By August 2021, they will have seven locations. (Studio City, California, Woodland Hills, California, Redondo Beach, California, Yorba Linda, California, San Francisco, California, Pleasanton, California, and Austin, Texas) The total revenue for all seven locations is $3.4 million each year.

Net Worth of The Coop:

During the pitch and following Barbara’s investment, the firm was valued at $1 million. Since then, the firm has grown to seven locations and generates $3.4 million in yearly revenue. This suggests that the firm’s net value has risen.