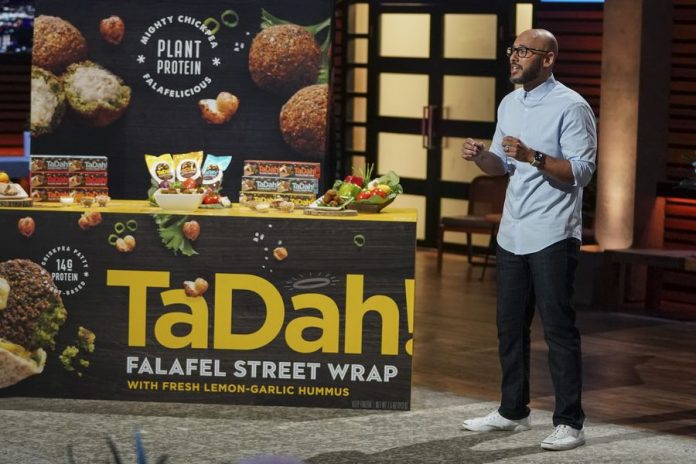 TaDah Foods Is a Brand of Food:

TaDah Foods is a new startup that provides falafel wraps and poppers as well as other East Mediterranean foods. To guarantee that the meal lasts, it is frozen. To add to the motivation, 25% of sales go to non-profits working for social change.

TaDah Foods Was Established by Whom? 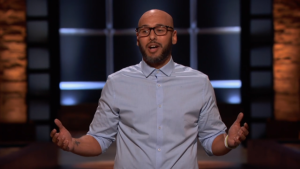 John Sorial is the man of TaDah Foods. Before venturing into the culinary sector, John had already created a name for himself in corporate America. He graduated from John Hopkins University with a bachelor’s degree in chemical engineering.

For several years, he worked as a chemical engineer and later as a marketing executive, but he was unhappy in both jobs. Social comes from a restaurant-owning family of immigrants. As a youngster, he loved cooking Middle Eastern cuisine for his family.

TaDah was formed as a result of his desire to combine his passion for cooking with his desire to make a social impact. Eat Good Do Good was the motivation for TaDah, which John founded as a non-profit organisation. The mission of the firm is to provide “new, high-quality, very delightful cuisine inspired by our favourite international flavours.”

Sorial’s goal doesn’t stop there: the company donates a whopping 20% of its profits to social change organisations. Two of their favourites are the Mission Life Centre and The Hope Clinic. TaDah Falafel Wraps are presently only available at Whole Foods Market and a few more select locations in Washington, D.C. They may order a box of eight for $7.99 online or a monthly subscription for $7.49.

What Happened with TaDah Foods During Their Shark Tank Pitch?

John attends the first episode of Shark Tank season 11 with the hopes of receiving $300,000 in return for a 10% interest in his company. This corresponds to a $3 million price tag. He gives out samples to the Sharks, who seem to enjoy them.

As soon as the interrogation begins, it is evident that the company is in serious difficulty. He first ran into problems with his co-packer, who couldn’t keep up with demand. Sales dropped from $2.3 million to $1 million as a result. He also sold 75% of the company, leaving him with just 25%. They’re also concerned about the non-profit entities receiving 25% of distribution money.

The Sharks, with the exception of Mark and Daniel, withdraw due to a lack of answers. In an intense exchange, Daniel offers $500,000 for a 25% share in the company and wants to buy out some of the other investors’ stakes. In return for a 20% stock stake and a $500,000 line of credit, Mark gives $300,000. Following some thought, John accepts Daniel’s offer.

The deal looks to be done. John adds, “Daniel and I truly bonded.” He saw a lot of himself in my difficulties and background at this time, which is why I feel he felt so confident in making the offer he did.” The Shark Tank effect was felt by TaDah, with over 50,000 visitors to the firm’s website on the day of the episode’s first showing.

With all of the attention, John plans to use the extra cash towards expanding his production and market reach. The product is currently available across the country, but only in a few locations; this may change.

These goods are available at Wegman’s, Publix, Whole Foods, and Target stores across the United States as of July 2020. The company is profitable as of July 20, 2021, with annual revenues of $4 million.

Net Worth of TaDah Foods:

John attends the first episode of Shark Tank season 11 with the hopes of receiving $300,000 in return for a 10% interest in his company. This corresponds to a $3 million price tag. The firm was valued at $2 million after receiving a $500,000 offer from Daniel for a 25% ownership in the company.