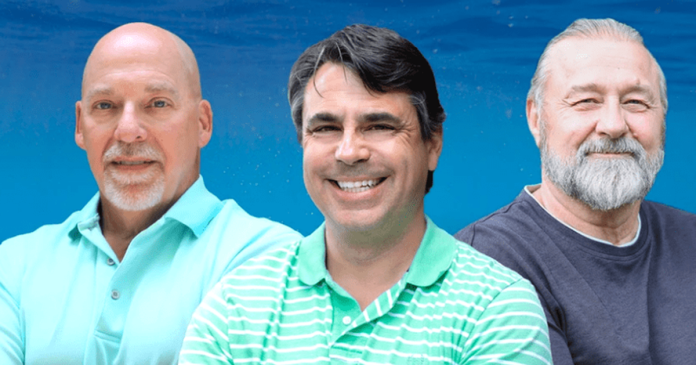 The world’s premier hands-free foot door opener was invented, designed, and manufactured by StepNpull. The company’s unique, ADA-compliant foot-operated gadget attaches to any commercial latch-less wood or metal door, allowing users to open it with their foot rather than the door handle. The StepNpull gadget was designed to reduce the transmission of germs caused by frequent contact with doorknobs in high-traffic areas.

Mike Sewell, Ron Ely, and Kelly Coddington, who previously worked together in the telecommunications business, developed StepNpull in 2007. The corporation has production facilities and distribution relationships all around the world, with its headquarters in Springfield, Missouri. StepNpull was a factory incubator client in the past.

Contents
1. Getting Sharks to Invest in You:
2. StepNpull On Shark Tank:
3. What Has Happened to StepNPull After Shark Tank?

Getting Sharks to Invest in You:

We could get used to this @kevinolearytv smile, especially after taking that deep-dive into sharky water 🦈 on ABC's "Shark Tank" #stepnpull #sharktank #sharktankabc pic.twitter.com/hfBJSWevDu

Greiner made the next offer, which was $300,000 for a 5% interest plus a $0.50 royalty until $500,000 was paid. After then, the fee would be $0.20 per year throughout perpetuity. Her goal includes putting StepNpull into all big-box shops and selling them as a “consumer product” using an infomercial campaign. Because the vast majority of sales are business-to-business, other Sharks and Sewell were skeptical of the concept.

After that, John made a second bid, lowering his stock from 12 percent to 8%. Sewell of StepNpull challenged John’s offer to reduce his shareholding to 6%, which was swiftly rejected. Greiner withdrew out of the discussions after the counter-offer to John.

In order to protect equity, Sewell countered once again, requesting that John reduce his offer to 7%, which was promptly halted by O’Leary, who swiftly offered that 7% for a $300,000 investment in the firm would be acceptable. Even after receiving the offer, John refused to move, emphasizing the value he felt he would provide to the organization.

To increase the pressure on John, O’Leary reduced his stock in the offer, even more, this time to 6% for a $300,000 investment in StepNpull. Cuban joined in, advising Sewell to “hold to his guns” and maybe “walk away” from a transaction if he wanted to keep running the firm as well as he had over the previous 13 years.

After much deliberation, Sewell accepted O’Leary’s offer of $300,000 in exchange for a 6% stake in the firm.

“We are ecstatic to be partnering with Kevin O’Leary and his team; we have believed in our mission for over 13 years, and we feel that partnering with Mr. Wonderful will help us take StepNpull to the next level,” said Mike Sewell, StepNpull Co-Founder, and CEO.

StepNpull made an appearance on ABC’s “SharkTank” on Friday, April 2nd, a critically acclaimed, multi-Emmy® Award-winning reality show in which emerging entrepreneurs compete for business agreements. Entrepreneurs pitch their businesses and ideas to a group of Sharks, who ABC describes as “tough, self-made, multimillionaire and billionaire tycoons,” in the hopes of persuading one or more of the investors to fund them to convert their visions into million-dollar realities.

Read More: Troy Is A Guest Judge on Shark Tank-Probably Made Judge On Shark Tank

What Has Happened to StepNPull After Shark Tank? 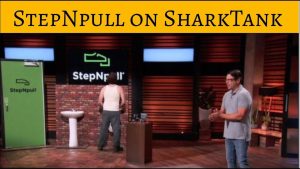 StepNPull started out making and shipping its products out of a garage. When huge firms like Coca-Cola, Facebook, Google, and Walmart were interested in the product, it had to grow. Furthermore, with such large organizations acquiring the commodity, stores such as Lowe’s and Amazon, among others, approached Mike, Ron, and Kelly to begin selling the gadget.

After that went well, StepNPull expanded its reach by signing distribution agreements with companies in the United Kingdom, Australia, Hong Kong, Slovenia, and South Africa. StepNPull’s sales, on the other hand, surged when the epidemic struck. In fact, the firm sold more door openers in March 2020 than it had ever sold before. When this was paired with media attention, the company exploded.

As a consequence, StepNPull’s capacity was shattered, resulting in new distributor agreements and more staff at the company’s headquarters in Springfield, Missouri. Thankfully, business is still flourishing. You can get your hands on a touch-free, foot-operated door opener in a choice of colors for just $29.95. A No Touch Copper Key and a Cabinet Door Solution are also available from StepNPull.

Check out our guide outlining the Americans With Disabilities Act of 1990 requirements for door clearance, door width, and the door handle. The ADA assures access for disabled and non-disabled people alike. https://t.co/GwaM0Uk3A6

It’s also worth noting that in January 2021, Snapchat stated that their hands-free devices were now available in their workplaces. With nearly no drawbacks, StepNPull is intuitive, straightforward, and hygienic. It’s little wonder, therefore, that StepNPull’s clients include NASA Langley Research Center, FedEx, the Pacific Science Center, the Smithsonian, and Harvard University, to name a few.