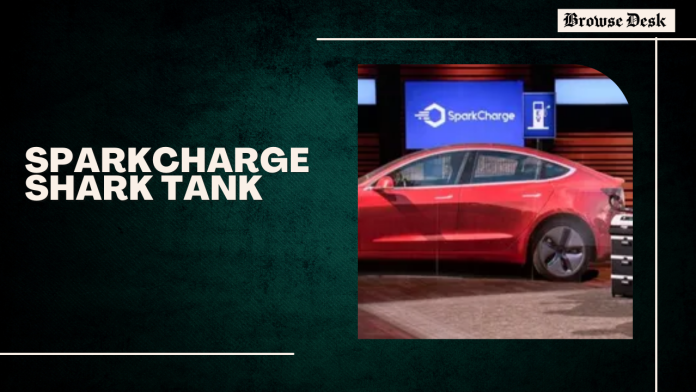 A portable, lightning-fast charging device for electric vehicles is called Sparkcharge (EVs). It is eight times faster than conventional cable charging stations at generating 15 miles of range in 15 minutes.

Josh Aviv, a data scientist, and Chris Ellis, an electrical engineer, both of Somerville, Massachusetts, developed the EV accessories.

For every minute it takes to charge, they have created a portable charging unit that can give an electric car about one mile of range. Additionally, they developed an app that links users with nearby service providers.

Who Is the Founder of Sparkcharge?

Josh Aviv, a data scientist, and Chris Ellis, an electrical engineer, both of Somerville, Massachusetts, founded Sparkcharge. A mobile electric car charging station is what they sell. They are currently the only company making such a device.

Although electric vehicles are growing in popularity, many individuals are hesitant to take them on long journeys. Sparkcharge helps to solve this problem. If charging power is enhanced, people will use their electric cars more frequently. Having a spare tire for your batteries works the same way.

The device consists of two modules: a battery and a charger. While the battery weighs about 50 pounds, the charger only weighs about 20 pounds. With dimensions of 24 by 13 by 9 inches, each module ought to fit in most trunks.

They operate a factory in Buffalo and a facility for research in Boston. A $1 million grant from Buffalo-based start-up incubator 43North, which also runs the biggest annual pitch competition in the world, helped Sparkcharge get off the ground.

Manufacturing for the company should start soon. In April 2020, $3.3 million in seed funding was provided by PJC, Revolution’s Rise of the Rest Venture Fund, PEAK6 Strategic Capital, M&T Bank, and Tale Venture Partners.

Although people can purchase and use them, they believe that when they switch to electric automobiles, fleet operators, public utilities, and governments will be their biggest customers.

What Happened to Sparkcharge at The Shark Tank Pitch?

In the first episode of Season 12 of Spark charge on Shark Tank, Aviv and Ellis want to energize the Sharks and enlist their support as they pursue success. Josh and Chris are asking for $1 million on Shark Tank in exchange for a 6% ownership in their $16.7 million company. They share their story and sales pitch. There is a model on stage. The Sharks want to know if they have a consumer item, but they don’t.

They want to lease or sell their cars to companies that provide roadside assistance. Customers make monthly payments of $2500 on each unit after making a $1000 down payment. In the future, they do plan to introduce a consumer product. They have dispatched 50 units as of right now.

They claimed that by 2023, they expect the industry to be worth $350 billion. The market for electric vehicles is enormous because of California’s mandate that all sales of internal combustion vehicles end by 2035.

There are many benefits to starting out on the charge side of the business. Kevin hates the leasing division of the company and has made the decision to leave. Because he doesn’t think they can offer a consumer gadget for less than $1,000, Blake is out. The concept appeals to Lori, so she asks Mark if they can work together. They forecast that the company will be worth $1 billion.

Mark switches roles and asks the Sparkcharge staff to submit an offer. They make Mark and Lori an offer of $1,000,000 for 10% ownership, 4% advisory shares, and a board position; they accept and walk away from the pitch with a contract.

What Happened to Sparkcharge After Shark Tank?

When the business owners appeared on the Shark Tank TV program and left the pitch with a deal, at least with Lori, the deal was complete. On her website, the company is listed, but not on Mark’s. Mark, however, is a member of the board of directors, so maybe all he needs to do is update his webpage!

The Roadie, a mobile charging service that can be ordered and paid for using a new app, will be expanded thanks to a relationship between the company and Allstate Insurance, which was announced in March 2021.

In June 2021, The Roadie will become accessible. In July 2021, they partnered with urgently, a budding provider of roadside assistance. As of December 2021, there were $5 million in annual sales.

During the presentation, the company was valued at $16.7 million; however, after Lori’s investment, the company’s valuation dropped to $10 million. The company’s net value as of 2021 is $7.14 million.