If you like the gym or Shark Tank, you’ve probably heard about SnapClips. SnapClips are silicone and velcro-made collars that grasp weights and allow you to secure and change weights throughout a workout.
Martin Dimitrov, a young entrepreneur, came up with the idea while still in high school, creating a prototype out of slap wrist bands. He has built a corporation with a net value of over $2 million. Following that, there was a lot of testing, renovation, and a successful Shark Tank pitch. So, let’s get to know SnapClips, discover more about the company’s creator Martin Dimitrov, and find out about his profitable plunge in the tank.

Contents
1. Before Shark Tank, SnapClips:
2. From High School to Big Business:
3. The Future and Snapclips Financials:
4. SnapClips After Shark Tank: 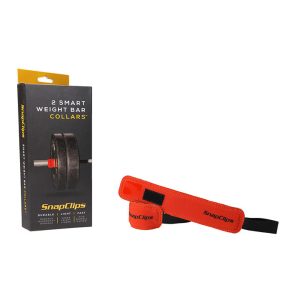 An entrepreneur enters the Shark Tank with an amazingly basic exercise gear that can be used in a variety of ways. Meet Martin Dimitrov, a Chicago-based entrepreneur. SnapClips is the name of his firm, and he’s looking for $150,000 in exchange for 15% ownership. SnapClips are the toughest, safest, and most user-friendly weight collars available.

The problem with traditional weight collars is that they aren’t built to last, aren’t user-friendly, and aren’t safe – as Martin illustrates by dragging a large 45-kilogram weight back and forth on a sample weight-lifting bar. After that, he throws it on the ground. SnapClips provide a solution to these issues. Remember when kids used to play with snap bracelets? To build a bracelet, you’d slap it on your wrist. SnapClips function in the same way, with the exception that they have a layer of heat-treated steel that is strengthened with military-grade kevlar. Snapping them on is a little odd, but it works.

Simply insert the SnapClip on the bar, lock it in position, and snap it into place. It has velcro on the back that you may use to secure the strap in place. Barb mentions how simple it is. The silicone grip secures the clip against the weight, and the velcro lock completes the package. Martin next uses a weight-lifting bar with two 45-kilogram weights to show the SnapClips’ durability by standing on the weight. Martin stands for a few seconds to show the weight holding.

Simply remove the SnapClips after you’re through with the workout. He effortlessly undoes the velcro and removes the clip, dazzling the Sharks even more. The fitness sector is evolving, but the best part about owning a patent (apart from the cool element at Martin’s age) is that he can license the technology for various uses.

Read More: Troy Is A Guest Judge on Shark Tank-Probably Made Judge On Shark Tank

From High School to Big Business: 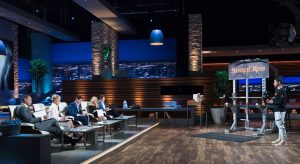 Martin Dimitrov debuted on Shark Tank in January 2018 at the youthful age of nineteen (season 9 episode 20). Despite the fact that he was up against a powerful bunch of well-known tycoons (who had become superstars in their own way owing to Shark Tank), Dimitrov maintained his composure.

In exchange for a $150,000 investment, the young inventor promised a 15% interest in his company. Dimitrov demonstrated his treasured Snapclips’ ability to handle over 360kg throughout the pitch.

Lori Greiner, Mark Cuban, and Alex Rodriguez were the first to step forward, each pledging $150,000 in exchange for a 30% stake in the company. The offer did, however, come with one stipulation: Dimitrov had to agree to continue his studies!

The Future and Snapclips Financials: 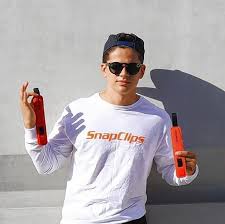 SnapClips are still growing strong, with more than thirty nations selling the product by the end of 2018. The firm has over $4 million in lifetime sales in June 2021.

Dimitrov and the sharks have created a fruitful collaboration, elevating a basic notion and bringing it to the attention of weight lifters and gym attendees everywhere.

Consumers may visit the SnapClips website to learn more about the product or purchase it from shops like Amazon. During the exhibition, the sharks indicated an interest in using SnapClips for additional purposes, such as industrial fastening or cable security.

SnapClips are still primarily used for barbells and weights, according to the SnapClips website.

SnapClips are still available, albeit it’s interesting to see that they’re being promoted as a weightlifting accessory. On Amazon, a pair of SnapClips costs $29.97 and comes with free two-day shipping if you have Amazon Prime. SnapClips also has its own website, where the SnapClips with a silicone grip, steel strips, reinforcing PAS fiber, and a velcro lock are promoted.

SnapClips may also be found at a few other online stores, and they’re usually well-received. However, according to a few negative reviews, the device failed at some time, usually during a Crossfit session. Another major issue is that the device does not operate with ribbed weightlifting bars, necessitating the use of a fully smooth weightlifting bar. This appears to be a major packing blunder.

The “SnapClip Ceiling System,” which is billed as a novel and unique approach to manufacturing suspended ceiling systems, was also introduced. I’m interested to see if the two products and companies ever go to court over who owns the word “SnapClip.”