The ergonomically created SMARTwheel steering wheel may be quickly installed into any steering wheel. Sensing technology uses lights and tones to alert the driver to common distractions, significantly reducing the number of incidences of distracted driving.

The device would also alert parents or guardians if a teen driver was operating a vehicle carelessly. In many countries, distracted driving continues to be an issue, contributing to accidents and fatalities.

A group of teenagers and young entrepreneurs, ages twelve to eighteen, developed the Smart Wheel. The SMARTwheel was developed by TJ, Jaiden, Breyton Evarts, Paige, Emily, and Kate Balcom. 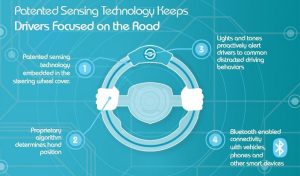 Young kids are notoriously distracted, therefore the business owners were driven by a strong desire to make teen driving safer. In order to save lives, young people want SMARTwheel in every car on the planet.

Who Is the Founder of SMARTwheel? SMARTwheel was started by the sisters Paige, Emily, and Kate Balcom as well as the brothers TJ, Jaiden, and Breyton Evarts. The Inventioneers initially gathered to compete in a Lego building competition. On the other hand, their inventive, imaginative, and vivacious minds guided them to the SMARTwheel.

Safe Motorist Alert for Texting Restriction is known as SMARTwheel. Alongside there Don’t DUIT (Drive While Impaired by Texting) public awareness campaign. These students designed and built a cutting-edge device to help stop the awful practice of texting and driving, which claims the lives of far too many youngsters every year.

To educate children about the dangers of texting and driving, they want to undertake a thorough education campaign. The Inventioneers, a group of students who “invent tomorrow’s solutions now,” includes the creators of the SMARTwheel. The business holds four patents.

What Happened to SMARTwheel at The Shark Tank Pitch?

The six simulate a scenario in which teenagers are acting out, wearing cosmetics, and using cell phones while they are on Shark Tank. They claim that negligent driving causes the deaths of 18 teens per day. The performance makes the Sharks happy, but they are not quite satisfied. Whether the product being offered is something that Mark Cuban is curious about. TJ calls the current design a prototype. Teenagers want to sell online with the potential to go into physical stores. The manufacturing expense is about $50 while the selling expense is $200.

Kevin O’Leary contends that in order to discourage distracted driving, the device should deliver “120 volts” in addition to just informing and recording. Breyton claims that MIT research revealed that the Smart Wheel will improve 90% of drivers’ driving practices. The children top off the dessert by claiming that President Obama has given the item high marks.

Daymond Although John would “like to be a part of this,” he doesn’t think he can contribute anything. He leaves. Teenagers want to feel safe, but they don’t want their parents hovering over them, according to Barbara Corcoran. She doesn’t change her mind, so she leaves as well.

Although Kevin O’Leary is uninterested, he thinks the kids “will one day come up with a brilliant idea that I can invest in.” According to Robert Herjavec, the device should be licensed to automakers so that the kids may concentrate on designing other things. He strikes a deal with the group: On the condition that a vehicle manufacturer licenses the product, he gives $100,000 in exchange for 30% of the company’s stock.

Although Mark Cuban is keen to take part in the purchase, he wants the contingency to be removed. Two Sharks made an offer, which they accepted, and they exited the pitch with the agreement.

What Happened to SMARTwheel After Shark Tank? 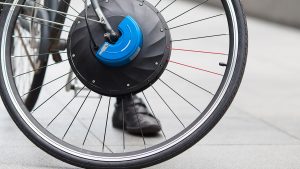 Since Robert and Mark left the pitch with the agreement from two Sharks, the contract with them was never concluded. TJ Evarts, the CEO, who is now 19 years old, led a failed Indiegogo campaign to put the Smart Wheel into production in 2015.

Since then, the product has received notice on NBC’s Today program, MSNBC, and other notable programs, receiving a lot of positive audience comments. The students were given the chance to pitch their concept at the White House, where then-US President Barack Obama offered his support.

SMARTwheel does not currently have any items for sale, but it keeps up with its social media platforms and website while searching for partners who would be good for manufacturing and eventual sales. They have faith that the gadget can save lives and avert accidents, other fatalities, and other tragedies.

The business was still in business in January 2022 and had annual sales of nearly $4 million. On the business website, you can still place a pre-order for the product. TJ Evarts is still the company’s CEO, and he and his sisters are still employed there.

Net Worth of SMARTwheel:

During the pitch, the company was valued at $666,667; nevertheless, the company is still operating today, generating $4 million in sales annually, thus its net worth may have grown since then.