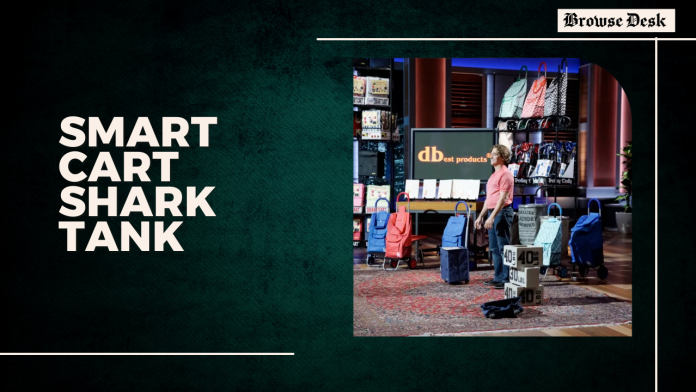 What Is DBest Smart Cart?

DBest Smart Cart’s mission is to provide consumers with ease by supporting them in easily carrying and storing their personal belongings. Patented carts, dollies, carriers, and coolers are used to do this.

The Smart Cart is a wonderful example of innovative success. DBest has been making consumers’ lives easier since 1998. When Richard Elden, the owner of DBest Smart Cart, was nine years old, he moved to California with his mother from London, England.

Who Is the Founder of DBest Smart Cart? When Richard Elden, the founder of DBest Smart Cart, was nine years old, he came to California with his mother from London, England. Elden the “cart guy” introduced DBest Smart Cart to America with the debut of the original foldable “Quik Cart.”

Elden’s spectacular rise was propelled by his tenacity and entrepreneurial zeal, as well as California’s decision to ban single-use plastic bags. Because big businesses in California are no longer allowed to use plastic bags, demand for foldable hand carts like those provided by DBest Products has soared.

The plastic bag restriction is in line with DBest Smart Cart’s environmental conservation and carbon reduction goals. DBest Smart Cart’s popularity and profitability in America would allow the company to expand and supply its nimble convenience carts to a global market. DBest has customers in 30 countries right now. He is always inventing new carts to fulfill the needs of his consumers. DBest Smart Cart is mostly priced under $50, making him both affordable and functional.

What Happened to DBest Smart Cart at Shark Tank Pitch?

When Richard Elden shows the Sharks DBest Products, his hugely popular line of carts, he tries to wheel away some cash in Shark Tank episode 814. Elden is searching for a Shark who is more than just a celebrity; he wants a strategic partner who can help him grow the brand.

Richard appeared on Shark Tank in the hopes of receiving $350,000 in exchange for a 5% ownership in his company, which is worth $7 million. He uses a 110-pound concrete block to demonstrate his carts and the Smart Cart. Richard is inundated with orders, but he never has the funds to fulfill them.

Richard informs Kevin that he makes $5 million in annual income, with $7-$8 million expected for the next year. Kevin immediately questions the price. Given his financial status, the Sharks are perplexed as to why he was on the Shark Tank. Richard discloses that he does not want to finance inventory for his orders, so he is looking for partners.

He goes on to say that he has a $3 million order from QVC that isn’t covered by the agreement. DBest Products’ carts have been featured on QVC for 15 years. Daymond joins the fray with a $350,000 bid for a 15% stake in the company, which he intends to sell to Amazon for warehousing and fulfillment.

Kevin offers a $350,000 line of credit with an 18% interest rate in exchange for a 5% stake in the company. Mark advises Richard that the offer is insufficient to fix his problem. Lori claims Richard is “in her universe” and makes a $350,000 offer for 15% stock in the company.

Mark enjoys his job, but he requires Lori’s help. He makes a $350,000 offer on behalf of himself and Lori in exchange for 20% equity and a $2 million line of credit. Richard is apprehensive about giving up so much equity, so he seeks $700,000 for a 10% interest, at which time Daymond leaves. After much back and forth, Richard accepts Mark and Lori’s offer and leaves the pitch with a bargain.

What Happened to DBest Smart Cart After Shark Tank?

This agreement does not appear to have been completed. DBest Products isn’t listed on Mark or Lori’s website, indicating that they didn’t do their homework. After all, it appears that 20% was too much for Richard.

He’s still in business and doing well, though. DBest carts may be found at Bed Bath & Beyond, Staples, Target, Walmart, PetCo, and Amazon, among other places. The company is still in operation as of February 2022, generating an estimated $8 million in annual revenue.

Net Worth of DBest Smart Cart:

During the pitch, the company was valued at $7 million. Since then, the corporation has continued to operate, and its net worth may have surpassed that of the pitch.