What Exactly Is Sili Dog?

SiliDog is a company that makes one-of-a-kind dog tags. Each tag is made of soundproof silicone that is both waterproof and fades resistant.
They’re also available in a wide range of brilliant hues, from bright pinks to deep greens and dark blues.

The actual beauty of this fashionable item is that you can customize it with a short sentence that celebrates your dog’s unique personality. You may get it printed on the tag right away so that everyone can see it.

Michael Lickstein is the founder and CEO of Silidog. Prior to starting his dog tag company, Michael had a lot of business experience. He began his work at the University of Florida’s Center for Innovation and Entrepreneurship as an undergraduate assistant.

Before starting Lick’s Clique, he worked as a Business Analyst Team Lead at the University of Florida’s Innovate and Tech Licensing Center.

Who Was the Founder of Sili Dog? 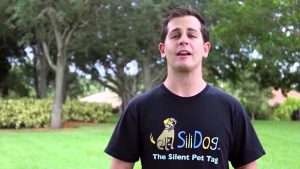 Michael Lickstein established and directs SiliDog. Prior to starting his dog tag company, Michael had a lot of business experience.

After rescuing a dog that had been abandoned by his previous owners, Michael had the notion. Because the dog had fleas and scratched constantly, his tags clashed and clattered. The idea for noiseless dog tags was born at that time.

In 2015, he started the firm on Kickstarter and raised $11,357. Michael is a dog lover who volunteered to nurture animals during his high school years. He was motivated to create SiliDog tags when a friend brought him a dog that had been thrown from a moving vehicle.

Mr. Lickstein seemed to be the appropriate human for Bentley, the dog. They gathered a team and started the business out of his parent’s garage with the help of some friends.

A post shared by SiliDog – The Silent Pet Tag (@silidog)

He tells the story of Bentley and how he came up with the tag concept. He tells the Sharks that making a tag costs $2.99 and that he sells them for $19.99 while giving out samples.

He started his company with barely $5,000. Licensing and customized branding, he feels, will be the company’s next step.

A post shared by SiliDog – The Silent Pet Tag (@silidog)

He plans to put the $100,000 into expanding his manufacturing, which he now does out of his garage. Kevin adores Michael but refuses to “do the dog tag thing,” so he’s out.

Mark quickly followed Kevin out the door, declaring his distaste for the pet industry. Barbara is the next to go, citing a lack of investment prospects as her justification. 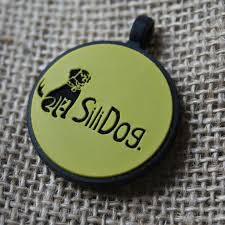 Lori quits after rejecting Michael’s counter-offer of $100,000 for 25% stock shares.

Barbara offers $100,000 in exchange for 30% equity shares and a $2 per unit royalty until she earns her money back.

Kevin arrives with a $1 royalty to match Barbara’s offer. Kevin agrees to a 75-cent royalty when Barbara proclaims that she would match Kevin’s offer.

After Shark Tank, What Happened to Sili Dog? 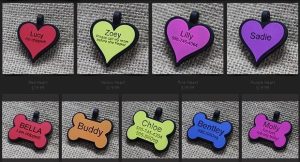 After the episode aired and Michael walked away with a deal, the arrangement with Lori fell through, and SiliDog struggled to keep up with the Shark Tank Effect’s avalanche of orders. As a result, there have been a number of complaints.

Fortunately, the issue was resolved because the issues were about delivery time rather than product quality. As of January 2022, the company is still in business, with annual revenues of roughly $900,000.

During the pitch, the firm was valued at $666,667; nevertheless, the company has continued to operate, and its net worth may have increased.