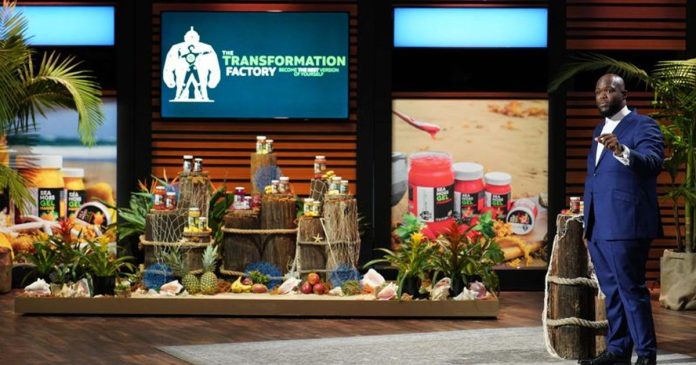 Who Are the Transformation Factory and What Do They Do?

Alexiou Gibson, the brains of The Transformation Factory, graduated from Florida Atlantic University with a Bachelor of Engineering in Electrical Engineering. He even has a Palm Beach State College Associates of Arts degree in Pre-Engineering. Gibson’s career experience has been interesting and inspiring since he has worked for top-tier businesses. He served as a Curiosity Rover Procurement Manager for NASA as a student and was then promoted to Chief of Technology Intern.

Gibson also worked with Breezer Mobile Cooling as an Implementation Specialist from 2014 to 2016 before joining Assura as a project manager. He also became the CEO of Highly Ambitious Studios in May 2012, a role he still occupies to this day. Gibson said on the episode that, despite enjoying his internship at NASA, he weighed over 500 pounds at the age of 19. While being overweight presented its own set of problems, physicians were concerned about his long-term health.

Gibson, unwilling to let his life go any further, resolved to make a lifestyle change in order to live a more responsible and healthier life. However, simply exercising and sticking to a routine proved insufficient, and the engineer was obliged to seek out healthier diet options. That’s when he learned about seaweed’s benefits and how healthy it can be. However, Gibson was taken aback by how underappreciated seaweed was in the United States and determined to take action. He started pondering possibilities and eventually came up with a seaweed moss gel formula.

The Transformation Factory is now one of the largest manufacturers of seaweed moss gel in the United States. They use sustainable techniques to get the seaweed before combining it with spring water. However, because not everyone can eat it raw, the business started mixing nutritious fruits to give the gel a pleasant taste. Apart from claiming that his product was 100% natural and vegan, Gibson also claimed that the seaweed moss gel aids weight loss by improving metabolism and digestion.

What Has Happened to The Transformation Factory?

Consumers have reacted warmly to the Transformation Factory’s offerings. People rapidly adjusted to the unusual yet healthy supplement, and Gibson’s goods received rave reviews. Gibson produced a dry seaweed solution that was quickly added to the product list, determined to keep his company growing. Furthermore, The Transformation Factory’s popularity led to it being featured in a number of reputable print and visual media outlets, and its website displays great client feedback.

The Transformation Factory’s products are now only accessible through their official website, while Gibson intends to expand into retail. While a jar of seaweed moss gel can cost anywhere from $30.99 to $43.99, the website also offers sea moss capsules for $27.99 and a pack of raw Irish sea moss for $14.99.

Customers interested in purchasing more than one product may also check into the numerous packages for further savings. Alexiou Gibson’s hard work has led to The Transformation Factory’s success, and we feel he and his firm are on track to achieve even greater success in the near future.