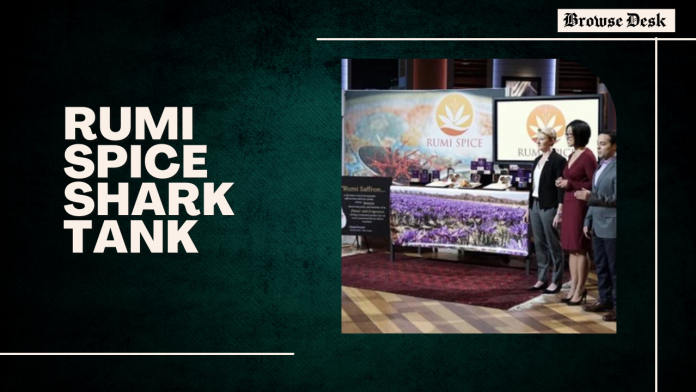 What Is Rumi Spice?

With a large selection of Afghan spice products, Rumi Spice is a firm that brings a taste of Afghanistan to people all over the world.

Rumi Spice’s saffron spice collection may be considered it’s signature. Rumi Spice pays close attention to the ethical and responsible sourcing of its spices and places a strong emphasis on expanding and maintaining the economic opportunities for many Afghan farmers.

In 2014, Emily Miller, Kim Jung, and Keith Alaniz founded Rumi Spice. They were all military personnel in Afghanistan, where they first encountered saffron. Because saffron from Afghanistan is manually processed, the spice is expensive in the US.

Who Is the Founder of Rumi Spice?

In 2014, Keith Alaniz, Kim Jung, and Emily Miller established Rumi Spice. They were all military personnel in Afghanistan, where they first encountered saffron. Because saffron from Afghanistan is manually processed, the spice is expensive in the US.

The business owners are all combat veterans who have done tours of duty in Afghanistan. They wanted to help the country’s rural farmers make a living while promoting saffron, Afghanistan’s most delicious product.

They want to “cultivate peace in Afghanistan” by raising the demand for agricultural products on a worldwide scale. Afghanistan frequently produces the finest spices in the world since saffron blooms there.

They buy their products from nearby fields and hire over 300 Afghan women to manually pick the items. With more than $32,000 raised on Kickstarter, they started the company in 2015. Saffron is the priciest spice in the world, costing almost $5,000 per pound. Compared to growing opium, farmers can make six times as much money.

What Happened to Rumi Spice at Shark Tank?

The Rumi Spice crew needs a Shark’s help getting the word out and increasing their output. In exchange for a $5 million, 5% ownership stake in their company, Emily, Kim, and Keith are asking for $250,000.

They offer samples and information about their company. They assert that while most people are familiar with saffron from Spain or Iran, the best saffron actually originates in Afghanistan.

Afghani saffron costs $18 per gram because it takes 150 hours to manually process one gram, which drives up the cost. For $8.30, they manufacture a $35 jar. They want to be prosperous in addition to investing in Afghanistan because they want to change the country.

They expect to sell $750,000 and have already sold $400,000 of it. A little portion of the $10 billion spice market, or about $60 million annually, is made up of the saffron industry. Daymond decides it is too expensive and leaves. Although Lori is dedicated to their goal, she is not a lover of saffron and is therefore excluded. Kevin asks about their numbers and gets a variety of answers before leaving.

What Happened to Rumi Spice After Shark Tank?

The three founders cheer after they close a deal with Mark during the pitch, but the agreement wasn’t finalized until they raised $2.5 million in venture capital from two investors in 2018.

They expanded their selection of spices by adding mulling spice blends, Afghan curry braises, Kabul spice blends, and Paella spice blends. They also offer Afghani cumin and saffron-flavored jams and teas. The company’s three founders have named a CEO to lead it while they focus on other projects.

As of May 2021, the business had $5 million in annual sales and was still in business. According to CEO Patti Doyle, the company will continue to be committed to its farmers after August 2021 and US military operations in Afghanistan will continue.

They continue to buy saffron from Afghan producers despite challenges with exporting caused by political unrest and the worst drought the region has had in more than twenty years. They also started buying Wild Black Cumin that was cultivated in the Hindu Kush Mountains of northwestern Pakistan, far-southeastern Tajikistan, and central and western Afghanistan.

Net Worth of Rumi Spice

During the pitch, the company was valued at $5 million; however, following Mark Cuban’s investment, the company’s valuation was $1.7 million. Since then, they have generated $5 million in annual sales, increasing the company’s net worth.