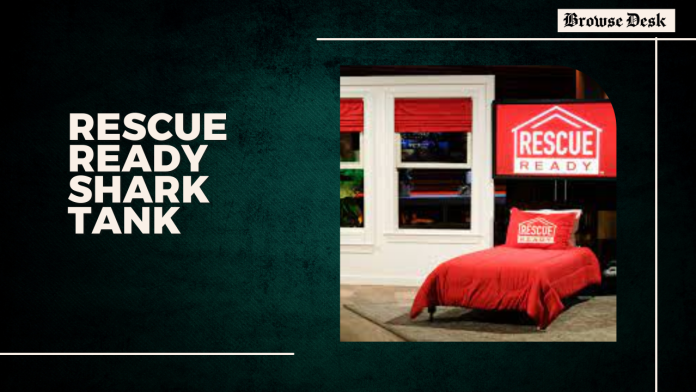 Rescue Ready: Who Are They?

Eric Hartsfield and Brett Russel created a unique fire escape ladder called ‘Rescue Ready.‘ The two are Virginia firemen who understand the need of being prepared to respond to a fire at any moment of the day. 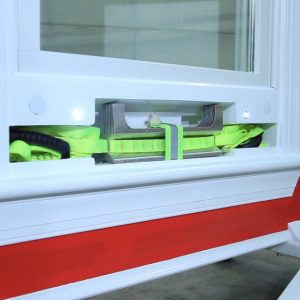 House fires claim the lives of around 2,500 people every year, according to experts. They further state that the majority of these instances happen between the hours of 11:00 p.m. and 7:00 a.m. As a result, they concentrated on creating a ladder that is simple to use even if visibility is limited due to smoke.

Rescue Ready: What Do They Do?

The company’s flagship product must be placed on the windowsill. In the event of an emergency, the pre-installed ladder may be utilised to escape out the window. The ladder is constructed of aluminium and nylon webbing that meets or exceeds ASTM specifications. The anti-slip rung ensures that there are fewer chances of slipping.

As they explain it, installation is as simple as putting in a flat-screen television. The concept is that in the event of a home fire, one should be able to get the ladder ready in less than 2-3 minutes, even if visibility is poor. As a result, they’ve spent a lot of time honing this skill.

The firm is quite proud of its product and emphasises the importance of having one in every home. The company’s website also provides specific safety advice that should be remembered both before and during a fire. They also have a book called ‘Rescue Ready with Dottie and Cruz,’ which is based on the experiences of families who have lost their homes to flames. Currently, the firm is looking for window manufacturers to form relationships with in order to develop lifesaving goods.

As a result, the business is about more than simply their product; it’s also about raising awareness about home fires and taking the required procedures to ensure that one is prepared for one at any moment. They’ve announced their Kickstarter campaign on their Facebook page. They use all of their social media platforms to promote their products. With their burgeoning firm, the determined couple is poised to make a huge impact. Here’s a link to their product video:

After Shark Tank, What Happened to Rescue Ready?

After failing to strike a contract with the sharks, the firemen decided to capitalise on their television exposure and launch a Kickstarter campaign to fund their project. On Rescue Ready’s Facebook page, some Shark Tank TV programme fans offered their support, including families with members who have impairments or have difficulty conducting the routine fire drill exercises.

Despite the failure of the Shark Tank pitch and the Kickstarter campaign, the two firemen proceeded to develop the device and announced the introduction of “Rescue Ready Retrofit” in 2020. This is not the same product that the proprietors presented and marketed to the sharks during the programme, according to the owners.

Improvements have been done, and they appear to have heeded Barbara Corcoran’s realistic advice. The original design called for the corporation to collaborate with window makers in order for the ladder to fit within the window frame. Rescue Ready’s new design is still the same sturdy ladder that can take up to 750 pounds, but it’s now freestanding and can be simply fitted beneath existing windows.

The product has been renamed Ready Retrofit Fire Escape Ladder. It is self-contained and does not rely solely on window makers. Rescue Ready now provides a two-story dwelling model (with an average length of 13 feet) with the promise of a three-story version in the future.

They’re also working on a book called “Be Rescue Ready with Dottie and Cruz,” which will include Dottie and Cruz, two Australian Shepherds who escaped a real house fire. Rescue Ready’s proprietors have also released fire safety movies on their YouTube channel and sought the aid of fire safety activists for their information push.