A wireless microphone known as Qball can be rolled, dropped, passed, or tossed. The Qball is made of durable, soft, and lightweight foam that can take a beating. To avoid annoying thumps or bumps over the speakers, the microphone automatically shuts off when in flight.

The Qball also features our proprietary Battery-Saver feature. The Qball will go into standby mode to conserve power after 10 minutes of no movement being detected. Ideal for gatherings, meetings, classroom instruction, and audience engagement.

Who Is the Founder of Qball? 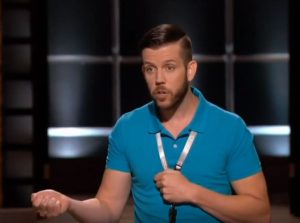 Qball was developed by Salt Lake City, Utah resident Shane Cox. Cox spent years implementing technology throughout the school system and noticed a gap in the methods used to make children heard in the classroom.

To encourage students to speak up, some lecturers employed a talking stick, while others distributed flimsy, awkward microphones. Cox, who preferred to sit at the back of the classroom as a student, was familiar with the challenges of being unable to hear and understand peers.

To address this issue in a way that is enjoyable and interesting for students, the interactive Qball was developed. Thanks to generous Indiegogo backers, it was possible to produce a 3D-printed prototype and move on to mass manufacturing.

Through a prosperous IndieGoGo campaign in October 2015, Cox and two other individuals raised $46,895 for the QBall. The cost of each system is $179. It has a ten-hour battery life and a signal range of around 75 feet.

What Happened to Qball at The Shark Tank Pitch?

He offers his pitch while outlining the product. He hands Mark the Q Ball after it is finished, and Mark uses it to communicate. Shane throws Lori a “blank” because he believes Mark is the only one who can pull it off. Lori wants to give it a chance.

The cost was $179, according to Shane. To produce it, they must spend $52. Shane responded that they had made a total of $177,000 when Mark asked about sales. 90% of sales to schools and other customers were made by public speakers and research organizations.

Whether he had a patent was a question that Lori posed. Shane noted that he has a patent application pending for the feature that enables him to hurl the object without the machine making a sound.

By the end of the year, he hopes to achieve $650,000. (2017). He asserts that if one teacher at a school gives it a try, others will be told to as well. Since he constantly runs out of things, he wants to invest in getting more. 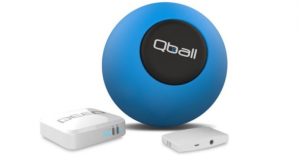 Robert claimed to be the boss of a global cybersecurity company. Despite their size, they only sell to a small number of governments or schools due to the cumbersome process. By the time he saw the money upon his return, Robert anticipated being elderly and grey. He left the house. The Sharks think it will be easier to market to businesses. To discuss the deal they wished to provide, Lori, Mark, and Rohan got together.

In exchange for a 30% ownership stake, they made a $300,000 contribution. Mark tells Shane that while he respects that he responded, he should also acknowledge the value they bring to the table. Shane responds with 25%. In the end, Shane accepts their proposal.

What Happened to Qball After the Shark Tank Pitch? 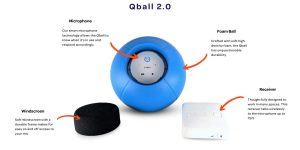 The deal between Lori, Rohan, and Mark was carried out. They quickly became part of Alexa. In the two years following the initial air date, the company generated revenues of $3.9 million. As of November 2021, they were still operating and had a $1 million yearly revenue.

What Is Qball’s Net Worth?

In order to raise $200,000 for a 15% ownership in his business, Shane appeared on the Shark Tank season. This equals a valuation of $1.3 million. He agreed to Mark, Lori, and Rohan’s $300,000 offer for a 30% interest, bringing the worth to $1 million. Since the company has expanded, the current valuation is obviously higher.