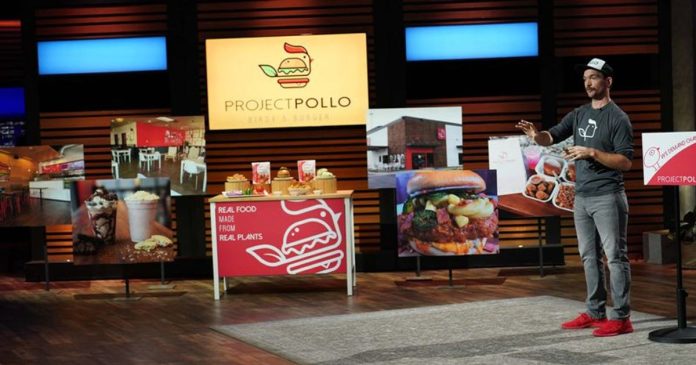 Project Pollo is a popular vegan chicken restaurant business that made an appearance on Shark Tank Season 13 Episode 24. Lucas Bradbury, a former CEO at a separate restaurant, founded this fast-food franchise.

Project Pollo is dedicated to creating vegan chicken. This fast food serves a variety of vegetarian chicken options, which is excellent news for vegans. The vegan food sector is rapidly expanding, with annual growth exceeding that of the previous year.

Slowly, people have begun to consume more vegetables instead of meat, which is beneficial to both animals and the environment. The vegan business was estimated to have risen to USD 26.16 billion in 2021, according to several estimates.

This sector is expected to reach USD 61.35 billion by 2028. Vegan cuisine is becoming increasingly popular, which is excellent news for human health and the environment in the future. Many entrepreneurs have come to Vegan Food and Beverage Services to poll their clients about the various sorts of food they provide.

Because of the rapid growth of the Vegan Foods sector, many new firms are springing up in this field. People eat healthy foods to maintain their health, and the majority of them choose vegan foods.

Project Pollo introduces consumers to vegan chicken through a variety of popular fast meals. Founder Bradbury has worked hard to establish his firm, and he understands it because he is an expert in the sector.

The chicken business is uncontrolled, resulting in excessive waste that eventually becomes hazardous runoff, polluting rivers and streams. It contributes to climate change. Climate change, at its current rate, has the potential to destroy the whole earth in the near future.

What Is Project Pollo All About?

During the pandemic, Project Pollo, a vegan fast-food company, was founded in 2020. Pollo opened its first brick-and-mortar location in San Antonio, Texas, where customers can order vegan chicken sandwiches and wraps, burgers, and sides like mac and cheese.

His Manu includes a variety of dishes, with the Grilled Chicken Caesar Wrap and Crispy Chicken Wings being two of his most popular. Customers may get Signatures, Kids Menu, Drinks, Burgers, Sides, Bowls & Wraps, Catering, Sweets & Treats, Breakfast, and Sauces from this Vegan restaurant franchise.

This restaurant claims to serve the classic chicken with cruelty-free, excellent, and reasonably priced vegan fare. Because of its promises, this food chain is rapidly expanding.

Who Is Project Pollo’s Founder? 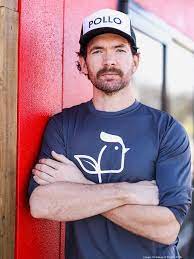 Project Pollo’s Founder and CEO is Lucas Bradbury. Bradbury claims that its vegan food restaurant chain will provide Americans with affordable plant-based alternatives. Lucas Bradbury has extensive expertise in the restaurant sector, having worked at a number of establishments prior to founding Project Pollo Vegan Food Chain Company.

He worked as an executive at many restaurants after graduating from Kansas State University, including Which Wich, Papa John’s, Pizza Hut, Dunkin’ Donuts, and Champs Chicken. Bradbury Joe converted to veganism after persuading his parents to consume vegan cuisine. So, in September 2020, he launched Project Pollo, a vegan fast food restaurant business.

He has been the President and Co-Founder of the Houston Street Hospitality Company since 2017. This is a big corporation. The creator believes that in the near future, plant-based protein will entirely transform the food sector.

Before Shark Tank, There Was Project Pollo.

During the epidemic, Project Pollo began with a food truck, and things went smoothly. It’s a fast-growing food venture; in only two years, this vegan food chain has established food trucks in 12 Texas cities. The creator claims that his food truck produces so much delicious, fresh food that his customers keep in touch with him every day.

As a result, they distributed 1,600 vegan chicken sandwiches on World Vegan Day. Every 30 days, Founder Lucas opens a new shop. By 2024, he wants to reach his objective of opening more than 100 outlets around the country. Because of its sustainability and environmental responsibility, this firm supports the PlantBase lifestyle to rescue animals.

This restaurant donates $1 for every chicken sandwich sold to Animal Welfare Organizations in order to help save the animals.

Sharks will only invest in a firm if its business proposal, financials, and sales reports appeal to them. After that, he assesses the founder’s talent and aptitude to lead the firm.

After the Shark Tank, What Happened to Project Pollo?

If there is a need to slow down in this business, which is seeking to digest food and beat its competitors, the restaurant food chain industry is a competitive market. To compete in the food sector, you must have effective marketing and expand your food chain, which requires a lot of money.

Lucas, the founder of this food firm and the head of a corporation, does not require a large sum of money. Lucas has the food industry knowledge, a business acumen, and understands how to expand a firm. His time on Shark Tank was fantastic, and he learned a lot from the sharks that he will put to use in his business.

What Is the Net Worth of Project Pollo?

Project Pollo is America’s fastest-growing vegan fast-food franchise, providing Americans with cheap plant-based options. Project Pollo is rapidly expanding. By 2024, the creator hopes to have his tea all throughout the country. He had gone to Shark Tank to acquire funds in order to achieve this aim.