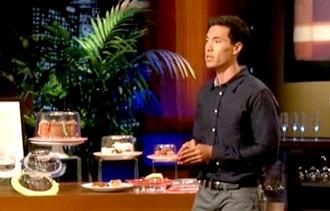 What Exactly Is a Plate Topper?

It enables you to build an airtight food storage container without the need for the elusive Tupperware lid. The gadget includes a strong suction cup that keeps it attached to plates. Because the Plate Topper is microwaveable, you can quickly reheat your food.

Who Is the Founder of Plate Topper?

Michael Tseng is credited with inventing Plate Topper. Michael’s intelligence is an understatement. He had established himself in academia prior to the discovery, holding degrees in electrical and biochemical engineering, as well as a medical degree. He dropped out of medical school to seek a career as a business owner. Prestagon LLC’s current CEO is Michael Tseng.

After seeing how many people struggled with standard food containers, Michael Tseng was inspired to create the kitchenware. He noticed that the lids were missing regularly. The use of plastic containers would deface them. In addition, food would leak into the microwave, resulting in a messy mess.

He understood that using the Plate Toppers to remove the debris would result in a clean and convenient environment. The Plate Topper may be microwaved and rinsed in the dishwasher without losing its shape. Importantly, the ware may be used to keep food safe.

Michael Tseng acquired a patent to protect his private invention and prohibit others from utilizing the Plate Topper. Before appearing on Shark Tank, Plate Topper was available on QVC and Walmart, showcasing how wonderful of a product it was.

At the Shark Tank Pitch, What Happened to Plate Topper? Michael appears on Season 4 Episode 8 of Shark Tank in pursuit of $90,000 in return for a 5% share in his firm. This translates to a $1.8 million price tag. Michael walked out with a tray full of samples after he described and demonstrated his things to the Sharks.

The Plate Topper, which the Sharks characterize as a “game-changer” in-home food storage, blows them away. Michael needs money to pay for almost $1 million in Walmart and QVC Purchase Orders. He went on to say that he did it in less than four months. From that million, he made $500,000 profit.

Mr. Wonderful has offered $90,000 in exchange for a straight 5% royalty on Plate Topper. Lori proposed $900,000 in exchange for 30% of the stock. Lori claims to have connections with the world’s largest retailer and could assist him in getting his merchandise there. Given that Daymond already has a QVC program, Lori might not be the best match for him. Daymond John then offered him $1 million in exchange for a 25% stake in the company. 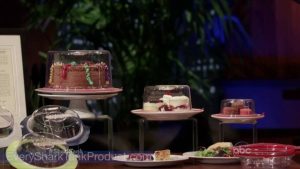 Michael respectfully declines Kevin’s offer, stating that he has other substantial offers on the table. Daymond was irritated by Michael’s decision-making talents. Lori is curious to see what would happen if she reduced her offer to $90,000 for 5%, which he would accept.

Kevin warns Michael that if he does not accept the deal, he would lose all of his investors. Daymond John knows at this moment that the Tseng has yet to reveal the property’s genuine value. If Michael continues to refuse to pay, he threatens to leave the stage. Kevin accuses him of baiting and flipping when he admits he would give $750,000 for 5%.

Frustrated, O’Leary admits that he could have to see a bright businessman vanish without funding. Michael wants to start bidding on the largest cash offer right away, but the sharks tell him that’s not how it works. Michael stood for nearly two hours, making it the show’s longest pitch.

When Michael runs out of time after taking a deep breath, Lori eventually gives him $90,000 for 8% equity. Michal ultimately agreed to take the job.

Michael Tseng spent more time on set than any other entrepreneur to date, clocking in at almost 2 hours. Furthermore, the Plate Topper segment was the longest ever on Shark Tank. Lori and Plate Topper were never on the same page. “Sorry to say I ended up not like his tactics much either, that suffering didn’t finish in the tank,” Lori tweeted after the show aired for the first time. “I’m getting out!” 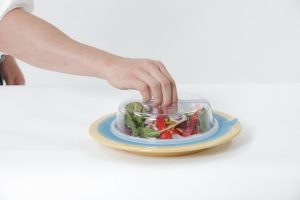 Beyond the Shark Tank talked with Michael Tseng after the show, and he revealed that he, not Lori, had backed out of the deal. Using PO Financing, Tseng was able to stock the shelves at Walmart and continue to sell on QVC. Plate Topper plans to make over $10 million in sales! Around 2015, Michael discontinued the Plate Topper brand.

The Net Worth of Plate Topper: