What Is Pink Picasso, and What Does It Mean?

The Pink Picasso kit is a high-end paint-by-numbers set. A 16 by 20 unstretched canvas, four tiny paint pots filled with water-based acrylic paint, a four-brush set, a finished image photo with a colour key, a numbers map in case you paint over a number, and an acrylic paint bottle are included in each Pink Picasso kit the lid is designed to help you organise your supplies while you paint.

So all they have to do is find a kit that appeals to them the most on the internet, find a quiet little spot that is well-lit and free of distractions, and start painting. Simply paint the design in the colour that matches the number on the photo with the paint number.

Who Are the Founders of Pink Picasso? 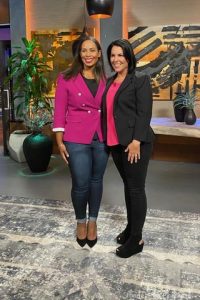 A brainstorming session resulted in the creation of Pink Picasso in 2019. Hundreds of independent arts and crafts businesses around the country, as well as the company’s website and Amazon, sell their painting kits.

What Happened to Pink Picasso During Her Pitch on Shark Tank?

Ashley and Brittany are on Shark Tank looking for $400,000 in exchange for a 5% interest in their business. This translates to an $8 million price tag.

They go over the features of each bundle. It is regarded to be a contemporary craft to be proud of. Lori thinks they’re quite attractive. Everyone enjoys puzzles, and this is a space-saving activity because it does not need you to leave it out.

The women went on to talk about how their feelings for one other grew over time, as well as how they divorced and married. They claim they blew up their lives and started the company to make ends meet. Ashley came up with the idea while working in the manufacturing industry.

They performed everything by hand until a few months ago, with their children assisting them. With only a $1500 investment, 2019 sales were $1.3 million after being named one of Oprah’s favourite goods. In 2020, sales were $3.5 million.

In order to break into big-box retail, the women believe they need the help of a mentor. They have 2100 boutiques but have no concept of how to run a big box store.

They also want to work with corporations like Disney on licencing. Kevin offers $400,000 for 33.3 per cent and says he wants to be a part of the payouts. Lori liked the women and the appearance of the product.

She also appreciates the creative aspect. Lori and Daniel make a $400,000 bid for a 20% share in the company. Barbara offers some financial advice based on how she came close to selling half of her firm.

Barbara has chosen to go since she feels they don’t need a Shark. Lori, on the other hand, disagrees with Barbara and feels they should race more quickly. Mark advises, “Don’t sell yourself short; you’re crushing it!” Mark has departed.

Barbara reappears after a brief absence and offers $400,000 as a loan with an interest rate of 8% in exchange for a 5% stake in the firm. Before proposing the idea to Lori, Daniel explains that he was planning to pay $400,000 for a 10% stake, but that having two Sharks is worth more at 20%.

Kevin reduces his offer to $400,000 in exchange for 3% and a $6 royalty per unit. Barbara has the best deal, according to Mark. Lori and Daniel reply with $400,000 for a 15% discount, and a deal is made! Mark shows out a painting he was working on during the episode as they hug on stage, and it looks wonderful.

At this time, there is no information regarding the firm.