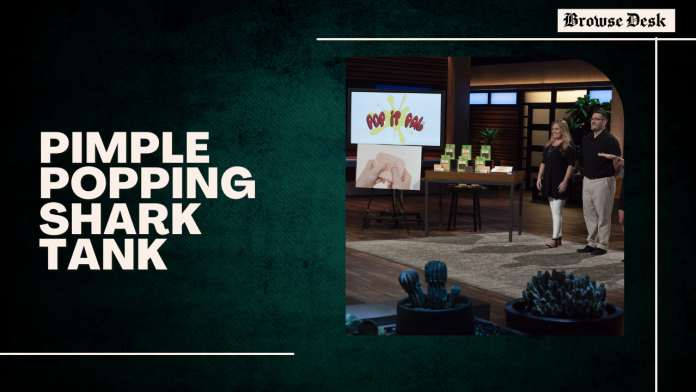 What Is Pop It Pal?

Pop It Pal is a novelty item that enables users to mimic the disgusting behavior of popping zits. In January 2018, Billy Pierce, Summer Pierce, and their business partner Kayla Roof established Pop It Pal.

This product fulfills that revolting little habit that no one likes to discuss. The toy and novelty industries are being overtaken by a pimple-popping simulator. Billy was asked by Summer if he thought it would be amusing to design a contraption that mimicked popping enormous, repulsive pimples. They started putting the idea together because Billy loved it.

Pop It Pal’s main objective is to encourage users to stop popping pimples and treat their acne. It mimics the popping sound in order to function.

Who Is the Founder of Pop It Pal?

In January 2018, Billy Pierce, Summer Pierce, and their business partner Kayla Roof established Pop It Pal. They believed they could market it to followers of Dr. Pimple Popper, a series of videos that actually pop zits and insult people all over the world.

A silicone rectangle with pores-like perforations called Pop It Pal is still under patent protection. Pop away after filling it with Pop It Pal Puss. The puss is available in regular or blue glitter, while the Pop It Pals come in peach or brown. While a bottle of puss costs $5, or three for $12.99, the product costs $19.99. All earnings are donated in part to organizations that fight to bully.

What Happened to Pop It Pal at Shark Tank Pitch?

In order to capitalize as soon as possible on their invention’s success, The Pierces and Kayla made the decision to present it to Shark Tank investors. Summer, Billy, and Kayla apply for a spot on the Shark Tank and ask for $250,000 in exchange for a 10% ownership in their $2.5 million company.

Kevin O’Leary is impressed by what he hears and makes an offer of $250,000 for shares of stock worth 5% of the company along with a $1.50 royalty per unit until he recovers $750,000. He has one condition: the color of the puss is always changing. The other sharks find that repulsive. They accept Mark Cuban’s offer of $250,000 for 25% of the company’s stock shares, and they leave the pitch having reached an agreement.

What Happened to Pop It Pal After Shark Tank?

After the celebration during the pitch after landing the deal, the transaction with Kevin was finalized, and the firm is now highlighted on his website. They followed his advice and produced various hues of puss.

Even a glitter puss is included in the mix. Even though the toy is repulsive, those who from dermatillomania, or compulsive skin picking, seem to benefit from it. By the end of June 2021, they were still operating, bringing about $500,000 a year.

Net Worth of Pop It Pal:

During the pitch, the company was valued at $2.5 million; with Kevin O’ Leary’s investment, the company’s value increased to $5 million. Since that time, the company has continued to sell goods, indicating that its net worth may have improved in 2022.