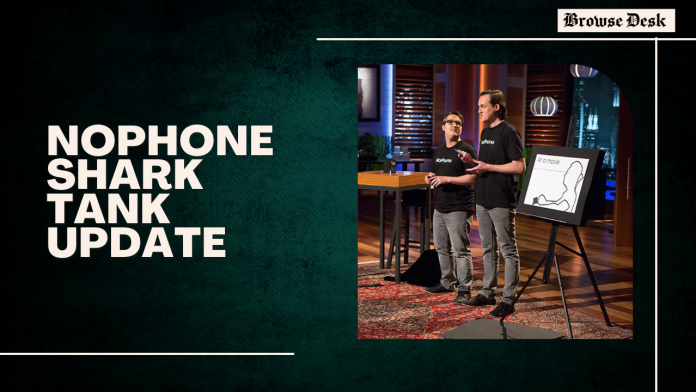 NoPhone is a plastic object in the shape of a phone that is used as a fashion accessory and isn’t even a mobile phone. It is a smartphone clone. It has 0GB of storage, no Wi-Fi, no functioning buttons, a camera or screen, and is resistant to toilet bowls. 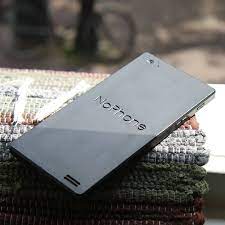 This product is a lighthearted satire of the serious problem of cell phone addiction. Chris Sheldon and Van Goulden founded it in October 2014 as a part of the fight against smartphone addiction. The company makes four different models: the NoPhone, NoPhone Zero, NoPhone Air, and NoPhone selfie.

Who Is the Founder of NoPhone?

The creators of NoPhone are Chris Sheldon and Van Goulden. He is a social entrepreneur, marketer, and documentarian. Advertising art directors Van Gould and Chris Sheldon mock technology and people who are obsessed with it. 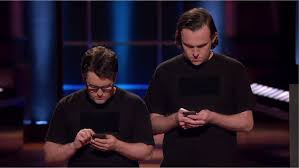 The concept for NoPhone came to Gould and Sheldon while they were out with friends for a social and noticed how everyone was glued to their phones. Gould and Sheldon used a Kickstarter campaign to raise $20,000 for NoPhone, which they represented as the biggest fake phone company in the world.

Van Gould and Chris Sheldon joined Shark Tank. They asked for $25,000 in exchange for a 15% equity stake in the company. Chris mentions that “phone addiction” is a significant issue in today’s society. Van told the Shark Tank investors that he had read a report that indicated the majority of American teenagers use their phones for at least 22 hours per day.

According to Chris, individuals use their phones for the majority of their daily duties. Both businessmen sought to find a solution to the issue of phone addiction. Van then revealed the NoPhone. Chris explains that it’s a phony phone for people who are dependent on real phones. Van says it lacks a screen, a battery, and any apps.

According to Chris, all you need to do is pick it up and carry it. He claimed that it has no warranty, no returns, and was not made for any specific purpose. It’s just the preferred rock of the millennial generation. 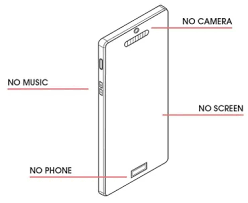 Chris and Van started handing out product samples. Van gave Robert his custom smartphone that has a mirror-like selfie camera. The founders were questioned by Lori over the number of phones they provided.

Kevin was incensed. He questioned whether or not the two were joking. Van then reaffirmed their sincere desire to expand the company, noting that their initial sales were around $42,000. This statement makes Robert ecstatic.

Lori asks what the going rate is in the marketplace. Van informed her that the new phone with the selfie update costs $18 while the standard NoPhone with no-frills costs $12. Once more, the upgraded selfie camera on the new phone is just a mirror.

While their idea was great, Kevin reminded them that it ultimately was worthless. He had the impression that he was living in a parallel universe where goods weren’t necessary to provide customers value.

Van stressed that the innovators may have a significant impact on his company with the help of the shark. If the new phone is covered by a patent, Daymond queries. Van informed him that a provisional patent application had been submitted. Van continued by stating he was being serious.

After they all gazed at their phones, Mark told them that the only thing he detested was pointless patents. He declared that a patent on a block of plastic was absurd and left. The two businesspeople congratulated him for giving their time.

After laughing and declaring that she would not invest any more money in the plan, Lori simply turned around and left. Robert, on the other hand, thought the idea was brilliant. He admitted that they had sold a large number of units. However, he voiced concern that the market for this particular type of phone was only represented by this volume of sales.

Chris made it clear that this was only accessible through their website store. Van then prompted Robert to think about what may occur if they increased marketing and sales efforts in order to make the products more well-known.

They were cautioned by Lori not to invest any money in these terrible enterprises. Robert went outside. Daymond apologized but added that it would be absolutely unwise to buy in this NoPhone. Although the product wasn’t quite anything, Kevin explained that it was near. Kevin quit after telling the creators that the product was terrible.

Related: Trobo Shark Tank: After Shark Tank, a Deal for A Storytelling Toy Robot Was Unsuccessful

Kevin inspected his hair in the new phone’s mirror as Van and Christ left. During his exit interview, Van told the camera that the investors lost out on a significant investment opportunity. Van stated it wasn’t a worthless piece of plastic, but rather the pet rock of their generation. He predicted it would grow into a powerful movement.

NoPhone was doomed because it was initially introduced on Shark Tank. The entrepreneurs came to Shark Tank to seek a $25,000 fund in exchange for 25% stock, but the majority of the investors didn’t buy into the concept and left. However, it’s not worth making a fund. One shark thought it may be extremely affordable, while another called it “clever.” 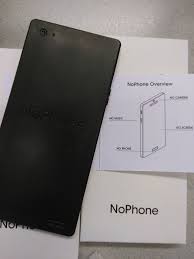 Even if the sharks didn’t think NoPhone was useful, the two creators insist that his invention is now useful. In 2014, the business launched a Kickstarter campaign, asserting that it could end phone addiction.

As a result, they raised $18,316, which is treble the amount they needed to finance the project. Additionally, they gave a TEDx Talk on the topic of “How the power of a plastic piece may improve the world.”

A post on the Forbes website that talked about a bogus smartphone company that made its Shark Tank debut highlighted the NoPhone product. In addition, the business is still expanding, and its webpage includes a number of excellent quotes from reputable sources, one of which even refers to it as TechCrunch.

This phone, according to Time Magazine, simulates your favorite pleasure object to help you gradually part ways with it. On the website, the NoPhone Air, which is merely a plastic box with nothing inside, is now offered for $5! It can also make a fantastic Christmas present for your family. NoPhone is offered in every edition and on a t-shirt through Amazon Prime. Visit their website right away to break your cellphone addiction.

The Net Worth of NoPhone: