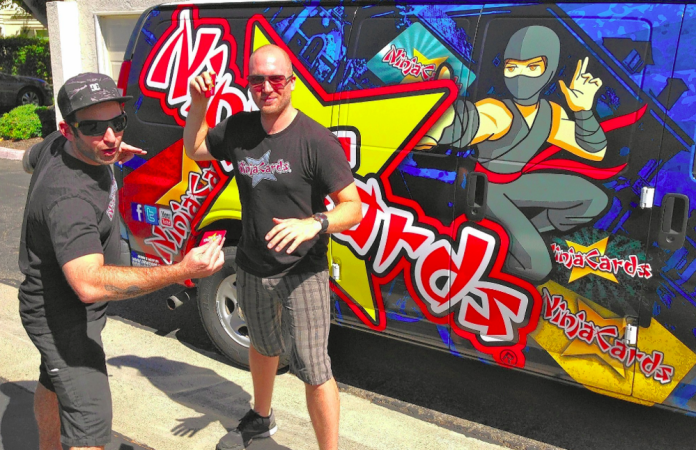 What Exactly Are Ninja Cards?

Ninja Cards is a card-based darts game. The owners “invented” the game while passing the time in their hotel room by throwing their hotel key cards at bottles in 2009. They were having so much fun that they decided to convert it into a game with a target board.

Ninja Cards come in packs of 15 and can be purchased separately or in conjunction with the target board previously mentioned. For important occasions, they even provide custom-designed cards and boards. The cards are collectible, and the company is developing an app that will allow customers to scan their Ninja Cards to earn points toward free merchandise.

Who Is the Ninja Card’s Founder?

Ninja Cards was founded by Ken Haton and Dustin Berk.

At the Shark Tank Pitch, What Happened to Ninja Cards?

Dustin and Ken appear on Shark Tank season 6 episode 3 dressed as Ninjas and ask for $60K in exchange for a 30% interest in their firm. A $300,000 investment has been made. They get a Ninja Cards target board out and start throwing cards at the dartboard.

The guys then educate Robert and Mr. Wonderful on throwing techniques while they play the game on stage. They display a one-of-a-kind board with the Sharks as objectives. Mr. Wonderful is the game’s winner.

They hand over a board to the Sharks and reveal that they sold 100 units in a year. They then negotiated an exclusive licensing agreement with a 5% charge, but the company that licensed with them pulled out.

The Ninja people regained their rights towards the end of 2013, but they haven’t obtained any new deals since. However, no further units have been manufactured. Mark claims that he doesn’t see a business opportunity and walks away. Robert is departing because he believes they are not putting forth enough effort. 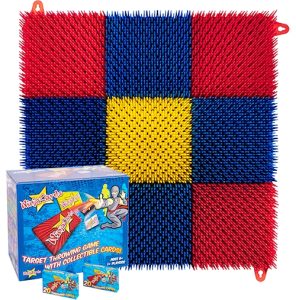 Lori thinks it’s fantastic, but she doesn’t think they’re bold enough, so she’s not joining them. Because Daymond despises the toy industry, he’s gone. Mr. Wonderful tells them to walk around the back of the dojo and hurl a dart into it; he, too, is out. The Sharks are without a deal as a result of the pair’s departure.

After debuting on Shark Tank, Ninja Cards’ prototype has progressed from a foam board to “an impenetrable elite card throwing game.”

Ninja Berk has also developed a new educational game called Catch and Learn, in which children are taught math, spelling, grammar, shapes, and colors while fishing (with dry-erase fish). Ninja Cards is still in business as of August 2021, even if Dustin and Ken have moved on to new ventures. The annual revenue is $100,000.

Dustin and Ken appear on Shark Tank season 6 episode 3 dressed as Ninjas and ask for $60K in exchange for a 30% interest in their firm. This equates to a $300,000 price tag.