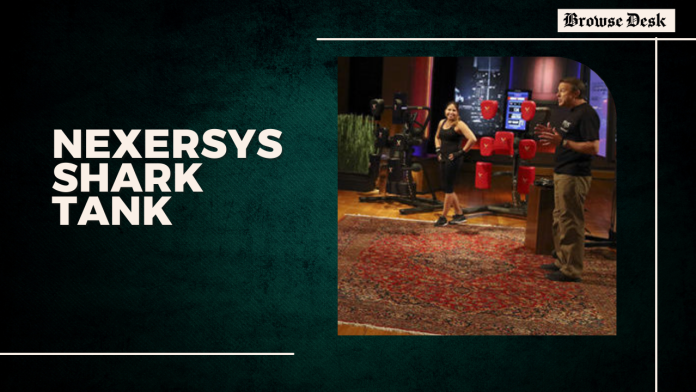 What Exactly Is NexerSys?

NexerSys is a cutting-edge fitness system geared for boxing and mixed martial arts (MMA). It’s a cross between a gaming platform and a fitness-related intelligence component. It gives a quick, interesting, and efficient workout for people of all ages and abilities, and is great for the weekend warrior fitness enthusiast or professional athlete, thanks to motion-sensitive punching and kicking pads.

Users select an activity, and a virtual personal trainer guides them through training routines, awarding them with rewards along the way, much as in a video game. There were two versions available at launch, one smaller for home use and the other larger for gym use, priced at $2995 and $7000, respectively.

Terry Jones is the founder and CEO of NexerSys. Texas A&M University awarded him a bachelor’s degree in business administration. Terry has a background in sales and marketing, having worked in senior positions for a number of companies.

He is still the Chief Executive Officer of a manufacturing and distribution company, as well as the Managing Director of another. Terry has always enjoyed working out and staying in shape. He was looking for a fun and interactive way to incorporate a mixed martial arts/Boxing practice into his daily routine; unfortunately, nothing on the market fulfilled his requirements.

As a result, Terry formed XFit Inc, which serves as the parent company for NexerSys, and decided to go it alone. In the spring of 2013, he tried to gather funding through Kickstarter, but only raised $13K of his $150K goal.

While the Kickstarters were harsh on NexerSys, the company’s testimonial page is full of glowing testimonials from happy customers. He promoted the product on television shopping channels and through digital and print media marketing after patenting and manufacturing it.

In the first 18 months after his debut, he made $4.2 million in sales. Despite this, the company failed due to high production and advertising costs, and he also owed a large amount of money to shareholders.

Who Is the Founder of Nexer Sys? 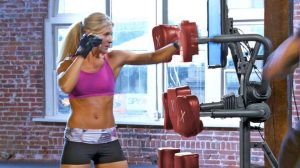 Terry Jones Makes an Appearance on Shark Tank Season 5 Episode 16 in Exchange for $2 Million and A 10% Share in The Nexer Sys Company. This represents a $20 Million Price Tag. Marlen Esparza, an Olympic Athlete, Is Invited to Demonstrate His Approach, Which Consists of A Series of Pads Attached to A Human-Shaped Frame.

The User Inputs Their Information Into the Computer, Which Then Generates a Personalised Exercise for Them. The Device Shows a Series of Lights that Indicate Where the User’s Strike on The Pads Occurred. After That, the System Sends Data to A Computer to Be Analysed in Advance for Future Exercises.

Jones Invites the Sharks to Try out The System, Claiming to Have Included a “one-Of-A-Kind” Avatar. Kevin O’Leary Admires Him and Refers to Him as A “good Looking Guy.” Naturally, the Avatar Is None Other than Mr. Wonderful Himself, and Mark Cuban Jumps at The Chance to Beat up His Digital Counterpart.

Did you know that GP has the Nexersys machine that was featured on Shark Tank? Try it out during your next work out for some fast and fun interactive fitness! 🥊 #nexersys #gpgym #sharktank pic.twitter.com/eRITnC1AxY

Despite Finding the Avatar Humorous, O’leary Is Curious About the Valuation. Sales Have Totaled $4.2 Million in The Last 18 Months. Currently, the Business Is Not Profitable, but He Plans to Turn a Profit Within a Few Months. Mark Inquires About the Cost of Production; the Commercial Unit Costs Around $2,000 to Produce.

Kevin Remarks that The Nexer Sys Is Essentially a Digital Punching Bag and Inquires About the Pricing, Which Is $7,000 for The Business Model and $2,995 for The Personal Model. Daymond John Is Wondering About His Financial Situation. the Sharks Are Concerned Because Shareholder Debt Was $7.5 Million at The Time of The Telecast.

Jones Owns Approximately 35 Percent of The Company. in View of The Current Debt Load, O’leary Challenges the $20 Million Estimate. Jones Is Confident in His Capacity to Pay Back the Loan. Guests Who Are Sharks Steve Tisch Says, “excellent Product, but Just Too Much Debt.” “I’m Getting out Of Here.” 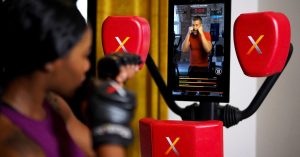 Daymond John Feels He Is Fighting Mike Tyson in The Third Round and Is About to Knock You Out. He Has Left the Building. Lori Greiner Is Optimistic that Jones Would Pay His Obligations, but She “doesn’t Want to Put Herself in That Position.” Jones Leaves the Tank without A Shark Contract Because She Is No Longer Present. 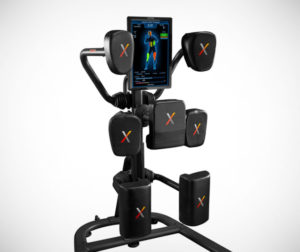 Sales at Nexer Sys Have Increased by 450 Percent. Because of The Increase in Revenue, the Company Was Able to Attain Profitability Months Ahead of Schedule. Several Convertible Subordinated Notes Have Been Converted to Stock, Reducing the Company’s Debt Load While It Continues to Service It with Cash Flow.

Jones Has a Sizable Social Media Following and Has Expanded Its Sales Into a Number of Overseas Markets. NexerSys Appears to Be Doing Quite Well on Its Own.

They Debuted a Boxing Trainer and A Low-Cost Cross-Fit Trainer ($295), Among Other Items. They’re Still Selling “industrial” Versions for Gyms. in August 2021, Annual Revenue Will Be $5 Million.

The Company Was Valued at $20 Million on Shark Tank.