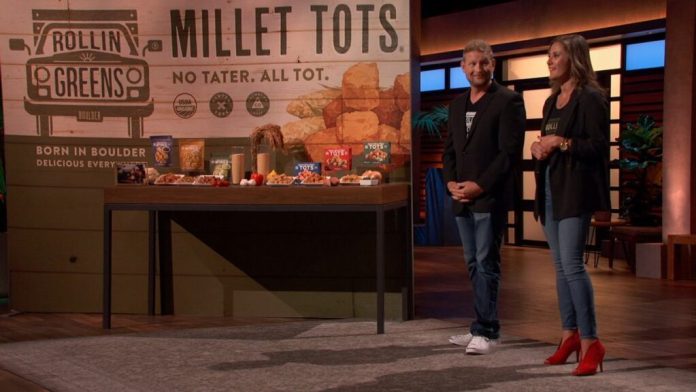 What Exactly Are Millet Tots?

RollinGreens‘ main product is millet Tots, which are made using millet mostly from Colorado’s CleanDirt Farm. The three flavors available are Original, Italian Herb, and Spicy Sweet. Ryan and Lindsey Cunningham founded the company in May 2015 as a food delivery truck service. It was named after Ryan Cunningham’s parents’ delivery service of the same name, which operated in the 1980s.

Ready to roll with these plant-based snacks? 🌱 #SharkTank

They stopped doing truck deliveries in 2015 to focus on selling Millet Tots for third-party shops and started making packaged frozen dinners. Sage V Foods and RollinGreens created a distribution and production collaboration in 2016. By 2017, the company’s product had just a few stores in their nearby region, and they were in the process of raising $500,000 in finance to expand nationwide.

Ryan made the decision to become a chef. Another title for him is Chef Ko. Ryan and Lindsey catered hundreds of events after reopening RollinGreens in 2011. Customers would line up for chef Ko’s innovative and scrumptious plant-based cuisine, demonstrating that the meal is genuinely delicious. To accommodate the demand for millet tots, they had to expand. As a consequence, they started selling their babies in local and national stores. RollinGreens may currently be found in over 4000 places worldwide.

Millet Tots are available through the manufacturer in a 6-box package for $66.99. The $71.99 variety bundle is another option. Ryan Cunningham was born and raised in Boulder. He was one of the first people in town to operate a restaurant. He also worked at a prominent restaurant in Los Angeles. Chef Ko is well-known for his innovative and healthy food. His recipes are simple to prepare but flavorful. Millet Tots was founded by Ryan and Lindsey Cunningham.

At the Shark Tank Pitch, What Happened to Millet Tots?

The cauliflower “chicken wings” arrived shortly after. Teriyaki, Spicy Green Buffalo, and Sweet Mustard are the three flavors available. They may be found at a number of major supermarkets around the country, including Whole Foods Market, Wegman’s, and others.

The Sharks were instantly wowed by Chef Ryan’s meal offerings, which included their signature whole grain millet tots and cauliflower wings in stunning specialty sauces. They’re also ecstatic to learn about RollinGreens’ quick growth, which has seen the company grow from $320,000 to over $700,000.

Unfortunately, despite their recent increase in income, they continue to lose money due to their continued investment in the company. While the Sharks love their goods, they have reservations about their long-term fundraising strategy, which includes a $2 million raised in this round.

They make it clear to the Cunninghams that just attracting and cooperating with a big number of investors would not guarantee success. The most important part of recruiting the right investors for a business is identifying investors who can help the company grow, not attracting investors based on a monetary amount that does not indicate success.

The Sharks are also concerned that their profit margins are only about 35%, leaving them with inadequate funds to compensate the Cunninghams and other investors. While Daniel Lubetzky would be a great RollinGreens partner, he doesn’t think he can save every clean-eating company.

Lori Greiner had planned to team up with Daniel to make an offer, but she, too, withdrew after learning of Daniel’s doubts. With the exception of Robert Herjavec, all of the Sharks declined to extend an offer to RollinGreens due to concerns about the company’s overall business plan.

Robert admires the Cunninghams’ cooking and has chosen to put up $500,000 in exchange for a 20% stake in the company. His offer is accepted. 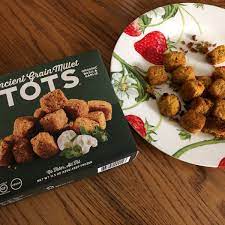 The deal with Robert was never finished. In the three weeks following their original air date, they increased their income for the whole year. Consumers may still order frozen foods straight from the company.

As of November 2021, they were at almost 5000 places across the United States, including Wegman’s, Big Y, Walmart, and many others.