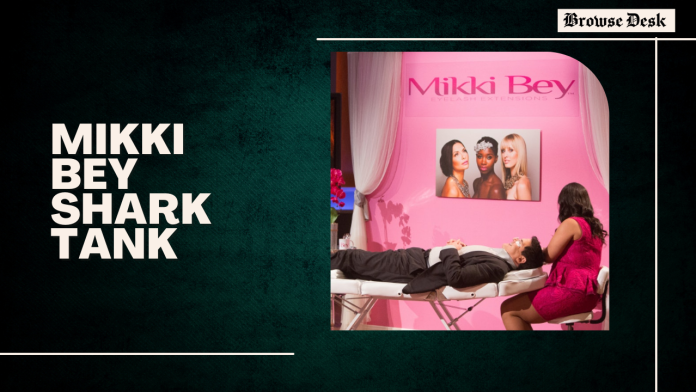 What Are Mikki Bey Eyelash Extensions?

Eyelash extensions from Mikki Bey Eyelash Extensions turn “ordinary ladies” become famous people. They employ non-harmful synthetic eyelash extensions that may be properly applied in around 90 minutes and last for up to two months.

The business either conducts business out of a Los Angeles beauty studio or offers two-day training that enables others to get certified to perform the same tasks. For $200, she will attach synthetic eyelashes; mink lashes cost $350. The extensions are good for two months, and the operation lasts about 90 minutes.

Related: Blowzee Shark Tank: Why Did Blowzee Fail to Bag $100 K Deal Despite Impressing the Sharks?

Eyelash extension refilling takes 60 minutes and costs either $85 for synthetic eyelash extensions or $150 for mink. She has appeared in numerous beauty magazines, including VOGUE.

Who Is the Founder of Mikki Bey Eyelash Extensions?

Detroit-born CEO Mikki Bey previously worked as a producer for CBS News. She left her position to work as a celebrity makeup artist because she believed she had more to creatively contribute.

Mikki continues to work in the cosmetics industry, where she has established a reputation as a “Lash Artist.” She became well-known as a consequence of her numerous media appearances, articles, and appearances, as well as endorsements from famous people.

Although her last LA studio has closed, she is thinking about opening a new one. She continued on to complete her MBA at Pepperdine University. In 2011, Mikki started her business because she thought there was a way to use her recently acquired Hollywood beauty skills on regular people by adding pre-made fake eyelash designs to make them seem and feel like A-list celebrities.

She managed the business successfully from a studio in Los Angeles. Because of meeting celebrities and the durability of eyelash extensions, word of mouth quickly spread. And her standing rose.

What Happened to Mikki Bey Eyelash Extensions at The Shark Tank Pitch?

In October 2015, Mikki made her debut on Shark Tank with a small at-home segment titled Mikki at her Salon, which she referred to as a “Barbie Dream-house.” She continued by saying that she planned to use a shark investment to expand her beauty business across the nation.

Miki makes an appearance on Shark Tank Season 7 Episode 2 looking for $300,000 for a 20% share in her business. This equals a valuation of $1.5 million. She invites Mark over and says she can give anyone the “renowned look.” Mark asks, “How do you want me?”

Mark receives one eyelash from Mikki, applied with a medical adhesive. Mikki provides models that contrast the before and after-effects of a complete extension. She asserts that she wants to patent her approach.

Mr. Wonderful asserts that although her company is excellent, there is no room for investment. Additionally, he predicted Mikki wouldn’t win a deal from his other sharks and ominously added, “And I’m never wrong.” goes out of business.

As Mr. Wonderful departs, Mikki breaks down in tears, vowing to keep going and pleading with the Sharks to “take a bet on me.” She is called out by Barbara, who points out that she is working for a service rather than a business, and then leaves. 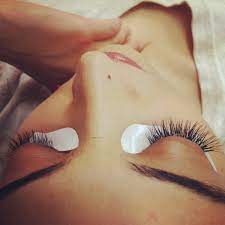 Mikki was told by Lori Greiner that her excitement would ultimately bring her the success she desired, but Lori was unable to see anything in the discussions that she could invest in, so she withdrew as well. She needs him, but Mark thinks she will clone herself and steal the money. He has left.

Robert Herjavec came to the conclusion that although the Mikki Bey Company was lucrative, it was not scalable. Robert was against opening a network of salons because doing so would just increase operational and logistical costs and lower overall revenues. Despite being friendly to Mikki, Barbara Corcoran was discouraged by her sudden emotional response.

She urged the owner of the eyelash business to “give up the bawling,” asserting that doing so implied a woman was ceding control, which was never appropriate in a professional situation. Kevin advised Mikki not to cry for money because money never cries for anyone. 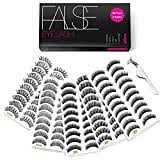 After operating her salon for five years, Mikki Bey Crawford closed it down, and one year after the Shark Tank episode aired, she earned her MBA from Pepperdine University’s Graziadio School of Business.

She started working for the global pharmaceutical company Allergan as a Business Development Manager, Facial Aesthetics, after receiving her new degree. She is still a Strategic Account Manager at Allergan.