Contents
1. How They Got to Know Each Other:
2. Mike Confirms Divorce from Natalie, Leaving Her in Tears 90 Day Fiance:
3. Mike Fails to File for Divorce After 90 Days?
4. When Did Mike and Natalie Say Their Last Goodbyes?

How They Got to Know Each Other:

Natalie’s love story is intriguing. One of her relatives contacted her and introduced her to Mike Youngquist. She started speaking with him on social media gradually. Mike visited Ukraine after their friendship blossomed. She later applied for a K-1 visa and came to the United States. The pair married as soon as they arrived. However, the relationship between the two began to deteriorate. Season eight of 90 Day Fiance delves further into Natalie and Mike’s relationship.

Natalie and Mike’s relationship in 90 Day Fiance was undeniably tumultuous. Furthermore, their journey was rather brief, as they had recently declared their breakup. Some terrible realities, it seemed, stunned everyone! So, where do the two of them stand right now? Continue reading to learn more. 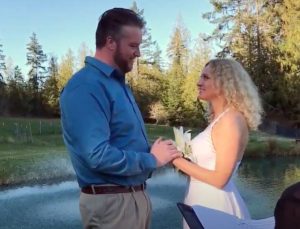 Natalie and Mike rose to prominence after starring in 90 Day Fiance. Unfortunately, they announced their split in the Tell-All of Happily Ever After spin-off since there was so much turmoil in paradise. The former has since relocated to Florida, while her ex has remained in Washington. She was invited to a special episode with her former partner after joining 90 Day: The Single Life. According to an ET teaser, all of the co-contestants were shocked to learn the truth about their connection.

Tania Maduro, another cast member, inquired if they applied for green cards following their marriage. Natalie had been under the notion that they did. They didn’t, according to Mike. Later, the Washington native clarified that his ex had no “status” or “whatever.”

His girlfriend is visibly unhappy, and she declares that she is not a “doll” that he might take to “another nation.” The man, on the other hand, refuses to budge and tells her that she should be with someone who makes her “happy.”

Natalie began to cry, indicating that the harm had been done. She then claimed that she gave her ex-boyfriend “four years” of her life and that she departed without packing her belongings. To respond, the American guy stated that she did not “love him” and that she had departed after six months of their relationship.

Finally, the 37-year-old broke down and said that she did “everything she could.” As a result, her ex admits that he has no “bad emotions” against her and that things just “didn’t work out.” Natalie is in tears, weeping violently, and goes off stage at this point.

Mike Fails to File for Divorce After 90 Days?

In the most recent 90-Day Fiance reveal, Mike Youngquist mentioned being divorced from Natalie. Despite the fact that the pair claimed to be divorced, the star mentioned seeking a divorce from her.

He was also on the lookout for a lawyer. His previous boyfriend, on the other hand, admitted on The Single Life that he didn’t do anything about it. In reality, a couple must be married for three years before applying for permanent residency. Unfortunately, they had broken up after only two years together.

As a result of the uncertainty, the TLC singer appeared unhappy. The pair has not yet filed for divorce, according to the forthcoming Tell All advertisement. As a result, only time will tell how things turn out for them both. When the much-anticipated 90 Day Fiance: The Single Life promo airs, fans will hopefully receive more answers. For additional information, see TV Season & Spoilers.

When Did Mike and Natalie Say Their Last Goodbyes? Mike and Natalie Divorced in March After Less than A Year of Marriage, According to In Touch. Mike’s Uncle Beau Lawrence Told in Touch Exclusively, “She Hasn’t Been Home for A Couple of Months Now.” “I Don’t Mind if She Stays Away.”

“I’m Certainly Hoping So,” Uncle Beau Said when Asked if He Thinks Mike and Natalie’s Relationship Is Ended for Good. Yes, I Pray to God.” Mike Was Linked to Rock of Love Bus Alum Marcia “brazil” Alves when She Tweeted Images of Them Enjoying Time Together in Henderson, Nevada in September, Prompting Romance Suspicions.