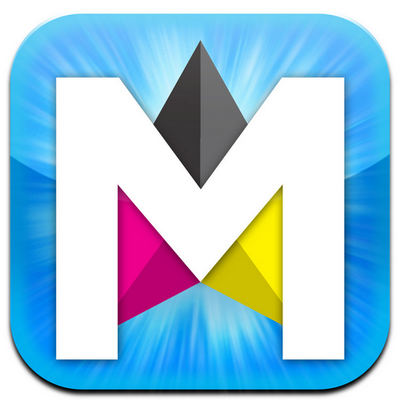 Before Shark Tank, There Were Magic Moments:

Ever wished you could put a photograph that you own the right to on a mug or t-shirt? You can do that now, but how about via your smartphone? Magic Moments claims to allow users to capture their images and place them on a variety of things, then sell them on an official marketplace – all while paying the user a share of the sale at no cost to them. 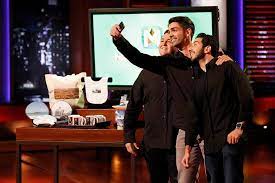 The design interface for Magic Moments, wouldn’t be a bad concept if computers didn’t make it a thousand times simpler. Every day, millions of people use their cellphones to capture images. Magic Moments lets you snap images with your phone and turn them into personalized items. The main difference is that Magic Moments allows you to make these products while on the move; you no longer have to rely on the bulkiness of a digital camera and connect it to your computer, then upload the photo to be altered for a product. For the first time ever, Magic Moments allows you to make money from a product that you’ve personalized. You may share your creation, keep it for yourself, or sell it to gain money in the marketplace once you’ve finished it.

How Does It Function?

It’s as simple as counting to three. You begin by taking a photograph. Then you submit the photo to the Magic Moments app, choose a product, modify it, and wait for it to be delivered to you! T-shirts, iPhone cases, mugs, mousepads, coasters, canvas bags, and hundreds of more items are among the products available at Magic Moments. There are a plethora of phone apps that allow you to design a t-shirt or anything similar, but none that allow you to sell your creations.

Kevin is the first to interrupt the presentation with a practical question: is there any proof that this would work, that they can genuinely get people interested in Magic Moments and use the app?

Kevin also brings up the issue of copyright, stating that these photos must be non-copyrighted. Trevor tells Kevin that there is interest, and while no precise figures are available, it does exist. Robert inquires about the process’s clarity, stating that if he took a picture of fellow shark Lori and put it in a coffee cup, could he also post it on the Magic Moments website and sell it to others? Trevor begins by stating that there are a plethora of “iPhone-biographers,” or photographers who like to snap photographs using their smartphone or another mobile device. Nowadays, everyone has become a photographer.

Daymond follows Kevin’s example and adds that if he took images of a family, wouldn’t that be a commercial challenge? The George brothers respond with claims of intellectual property infringement, copyright infringement, and commercial use of others’ photos; nonetheless, they have obtained an exclusive connection with Cafepress, a public corporation. Cafepress is the back-end manufacturer for Magic Moments, and they offer global distribution. Every image that a user uploads, whether to purchase or sell, is sent to Cafepress’s legal staff, who accept or refuse it based on a set of criteria. Lori inquires as to who is likely to utilize the marketplace to sell their thing, and to whom does that feature appeals; Trevor responds that there is a customized aspect, such as for weddings and dogs.

Robert is still unsure how the process works, and he wonders who would buy a mug with a picture of his dog on it. Trevor responds that since there is a landscape and other attractive objects, no one would buy it, and Mark interrupts to ask why the consumer wouldn’t just go to Cafepress. Trevor claims that Magic Moments is Cafepress’ official mobile app and that the app has to go through a license arrangement to have an exclusive relationship with the company. Cafepress’s mobile division is called Magic Moments.

When Daymond inquires about sales, the George brothers respond that no sales have yet occurred; they are in the pre-revenue stage. Almost every shark moans audibly in response. Kevin inquires as to whether Cafepress is receiving money in the form of royalties or a direct equity agreement, to which Trevor responds that it is a royalty contract. Mark inquires as to why Cafepress would engage in an exclusive agreement with Magic Moments, to which Trevor responds that at the time of negotiating a contract with Cafepress, Magic Moments was the only similar technology available; all they had to do was map the technology into Cafepress’s systems.

Robert inquires as to what about Magic Moments’ technology makes it unique, and Blake responds that it is unique in that anyone can create and buy anything from their phone; Kevin interrupts, claiming that anyone can already do so, but Trevor claims that only three companies can do so at the moment: Cafepress, Zazzle, and Shutterfly. Daymond returns, this time bringing up the firm’s worth — their company was valued at $3.33 million since they are asking $500,000 for a 15% ownership, but they have yet to sell anything. This indicates that they are most likely already in a fundraising position, which the Magic Moments trio concurs with. They’ve raised $500,000 so far from family and friends in exchange for a 33 percent stock share. 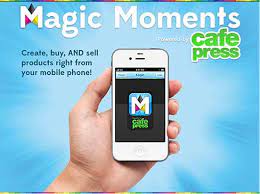 Kevin claims that as an experienced investor, he constantly looks at company valuations to see if there are any other or less expensive alternatives to replicate the investment he could be considering. Kevin goes on to state that he believes he can replicate this product for $300 to $400 thousand, that he does not believe in the Magic Moments idea or value, and that he will abandon the purchase.

Sanford stands up, warning the Sharks not to underestimate the potential of the small gadget that sits in their pocket (the mobile phone, of course) and connects them to hundreds of millions of people all over the world, and that this portable device may be the next great content production tool. Kevin makes fun of Sanford, claiming that he is the first person on Shark Tank to say something like this. Mark suggests that if the person’s ultimate purpose is to earn a profit, the trio should expect the person to spend the extra 5 minutes transferring the picture to the computer, which is much easier to work with and alter the shot on. Sanford responds that he already does that; Mark counters that Sanford is missing the purpose and is the second shark to bail on the transaction. He says that a revenue-generating application does not need to be mobile because the computer interface is easier to use.

The Magic Moments trio then turns to Daymond and explains that they already have a copyright on the term and that Magic moment will have the same meaning in whatever language. Daymond responds that Magic Moments may be anything: viagra, a laxative, or anything else. They are just operating off an opinion until they have proof of concept in sales. Daymond believes he does not want to miss out on this investment and is also out.

Lori is curious as to why someone would buy something based on photographs taken by others; if she does not receive an answer, she is out. Robert is the final Shark standing and provides his opinion; he believes the trio requires some immediacy, but they have yet to demonstrate that such a market exists for demand. That is his issue with the entire notion, and he does not believe there is much demand for Magic Moments in reality; he is also out. 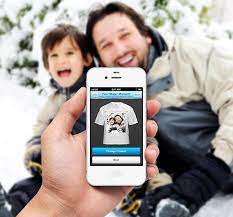 Cafe Press Is Utilised as The eCommerce Platform for The Shark Tank Store, so The Sharks, Being as Clever as They Are, Should Be Aware of It. After Reviewing It, I Believe Magic Moments Does Not Create Enough Revenue or Sales to Attract Sharks to The Platform. Currently, There Does Not Appear to Be Sufficient Demand in A Mobile Marketplace Where Users May Produce Items and Trinkets Using Photographs They Have Taken.

Since Its Participation in Shark Tank, Magic Moments Has Received Very Little Publicity. I Believe Magic Moments Is Officially Over.