David Madison Cawthorn (born August 1, 1995) is an American politician who has represented the 11th congressional district of North Carolina since 2021. He is the first member of Congress born in the 1990s and the third-youngest in US history. He is a Republican. He calls himself a constitutional conservative and a Christian.

Contents
1. Education and Childhood:
2. They Divorced After only 8 Months of Marriage for The Following Reasons:

They Divorced After only 8 Months of Marriage for The Following Reasons:

Rep. Madison Cawthorn and Cristina Cawthorn, his wife of eight months, are separating. The outspoken Republican, who was voted to Congress as the country’s youngest member in 2020, wedded his wife on April 3 in an outdoor wedding in North Carolina, exchanging vows in front of a massive wooden cross.

“The greatest honor, privilege, and experience of my life,” Cawthorn, 26, said of his marriage to Cristina, an Instagram fitness influencer. However, he now claims that the two will separate due to “irreconcilable divisions” and the difficulties of political life.

“I was not a member of Congress when Cristina and I were married. We both decided that I should run because I felt called to serve. Our win was extraordinary, but our lives altered immediately. That transition has been both frantic and challenging; it is neither the speed nor the lifestyle we had anticipated “His representative sent a statement on Twitter.

“We pledged to make things work from the beginning, to fight for our marriage, and to seek help for balancing the magnitude of such a life shift,” Cawthorn stated. “We concluded that balance was impossible to achieve and that we had irreconcilable disagreements. Cristina and I have jointly chosen to divorce, despite how tough the choice was. We want privacy as we work through this.”

Read More: Hoda Kotb and Fiancé Joel Schiffman Split After 8 Years of Relationship| Check Here to Know the Whole Story Behind Their Split!!

Cawthorn, a real estate investor before running for office, has been dubbed a rising star of the Republican Party. However, since entering politics, he has sparked plenty of controversies, including a racist campaign statement about Sen. Cory Booker and voting to overturn the 2020 election despite no evidence of widespread fraud.

Cawthorn’s allegation that he was abandoned “to die in a fiery tomb” after being gravely injured as a passenger in a vehicle accident that left him crippled when they were youths has also been debunked by a friend. 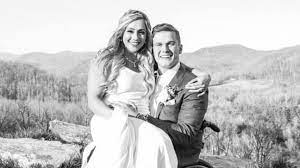 Women who attended Patrick Henry College with Cawthorn have brought charges of sexual harassment and assault against him. While attending lectures at the university, four women claimed to BuzzFeed News that Cawthorn was confrontational, sexist, or predatory. Cawthorn has previously denied ever engaging in any sexual activity.