What Is Locker Bones, Exactly?

LockerBones is a great way to organize your lockers. It includes vertical dividers and tiny shelves and is entirely configurable. LockerBones are available in both wood and plastic and suit 12′′ and 15′′ lockers. Royal blue, hot pink, and black plastic variants are available. A half-height locker variant is also available.

LockerBones may be used in practically any combination to accommodate any locker. Installation is also straightforward. LockerBones is a track system that fits any school locker and is totally customizable. No special equipment is required. The whole thing is self-contained. It is not necessary to physically attach it to the locker, which will delight school officials. LockerBones are as easy to install as they are to remove.

Who Are the Founders of Locker Bones? 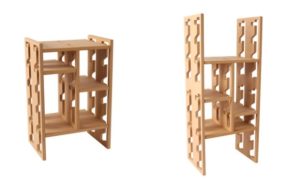 Greg Cronin and Steve Coaches established LockerBones. Greg formerly worked as a contractor and builder. As demonstrated by his inclusion on the company’s website, he is still a director.

Steve holds the position of Medical Director. He earned his medical degree from the University of Mississippi School of Medicine. Steve has continued in this field, eliminating his LockerBones association from his LinkedIn page. His picture, on the other hand, is on their website as a co-founder.

Greg created LockerBones to help his daughter, Ashley, keep her locker in better order when she entered middle school. She preferred a more convenient manner of keeping her possessions than cramming her school books into the vast, open area inside her locker.

Greg fine-tuned the project over the course of two years. He was quickly dubbed “The Locker Guy” at his daughter’s school, where he marketed the idea to interested students and parents. Greg has had comparable success in other Jackson, Mississippi-area colleges.

He also devised a fundraising strategy via which schools and PTAs may raise money by selling LockerBones. After securing a patent, he was able to sell around 500 units. He employed Steve as a business partner during this period because he believed in the product. They collaborated to reach an agreement with Amazon.

At the Shark Tank Pitch, What Happened to Locker Bones?

Greg and Steven participate in Shark Tank Season 5 Episode 14 with the hopes of receiving a $175,000 investment in exchange for a 10% stake in LockerBones. This equates to a $1.75 million price tag.

Greg shows the Sharks a locker with a stack of books at the bottom, describing it as a symptom of “Disorganitus,” which has three symptoms: missing homework, being late to class, and poor grades. Steven removes the demonstrative model from the locker to show how simple the product is.

After submitting a LockerBones organizer to school, the school’s Organizational Officer phoned them a few months later and requested 60 more of the handcrafted version. A single is $29.99, while a double is $39.95, according to the sharks. The size of the double LockerBones product is double that of the single LockerBones product.

They’ve sold 500 units in two years. Lori Greiner is curious about the price of the model. They’ve come to the Shark Tank, according to Steven, to ask for money to make LockerBones out of plastic. They already paid $28,000 on a previous model that didn’t work out. Because of the dismal sales statistics and previous failures, the Sharks are apprehensive. The organizer has been rebuilt, according to the couple, and they have a deal with Amazon for 10,000 wood pieces. They need the money to finish the order.

Kevin O’Leary is interested if they went to Staples, which has a 30 percent market share in school supplies. They haven’t gone to Staples or Office Depot since plastic is required. The pair has halted its efforts because they feel their patent is insufficient until they are ready to produce a plastic version.

Mark Cuban is dissatisfied with the company’s present strategy. “Follow the dream, not the green,” he urges the two. He’s gone. Kevin O’Leary believes the two should concentrate their efforts on school distribution. He’s gone. Barbara Corcoran agrees with the other two Sharks that the duo’s sales strategy is ineffective. She has left.

Robert expresses his unwillingness to finalize the purchase on his own. He believes Lori is interested, so he offers $87,500, or half of the investment, in exchange for 25%, and thinks Lori would match his offer.

The deal never went through, but the genuine value came from the Shark Tank effect, which so many entrepreneurs have felt. Cronin states that three days after the LockerBones Shark Tank episode aired, he was contacted by Staples and invited to participate in their popular Back to School marketing.

Both wood and plastic LockerBones systems are now available on Amazon. The company is still operating in November of 2021. They only sell online through their website and on Amazon for now. The revenue is one million dollars every year.

Net Worth of Locker Bones:

Following the program, the firm developed from strength to strength, with an estimated net value of $2 million today.