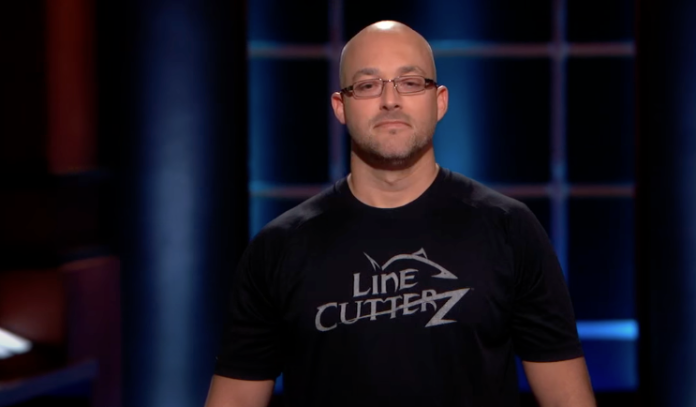 What Is the Line Cutterz?

Line Cutterz is a ring that allows you to easily and safely cut the fishing line. For cutting monofilament and braided fishing line, the $12 ring has a double-sided blade and an adjustable Velcro strap. He also sells a hook puller ring, which holds a hook secure while tying fishing knots. 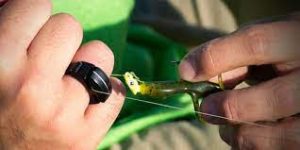 Both rings make it simpler and safer to handle the fishing line, especially when fishing from a kayak. Other items available on the Line Cutterz website include apparel, fish grips, lures, and fishing rods. While attending a wedding in 2014, Vance Zahorski went beach fishing with other pals.

He managed to catch a shark that had been entangled in his fishing line. While fighting with his capture, Vance dropped his knife on the sand, nearly chopping off one of his toes. As a result of that close call, the Line Cutterz ring was designed, allowing you to cut the fishing line swiftly and safely.

What Happened to The Line Cutterz Proposal on Shark Tank?

For the past 14 years, Zahorski has worked in the appliance and mortgage industries. In 2014, he launched the company to combine his passion for fishing with his desire to operate a company. Depending on the design, his rings range in price from $12 to $20.

In just two years, Vance has amassed a sizable following in the fishing community, and his products are distributed all over the world. With a $120,000 offer for a 20% interest in the firm, Vance enters the Tank. He tells his story, displays his wares, and then hands out samples to the Sharks.

He tells them that in a single year, he made $280,000 in sales. He spends $1.60 to manufacture them and $12 to sell them. He sells on his website and is currently available in 100 locations. He went to Walmart to enquire about them, but they insisted on selling them for $4.99, which Vance declined. Kevin believes that was a horrible decision.

According to Robert, Vance would be knocked off with a similar ring and would be eliminated. The next to talk is Mark, who claims that he isn’t much of a fisherman. Daymond wants to know what he plans to do with the money. Vance believes that in order to bring his firm where he wants it to go, he will need to hire help.

Daymond offers $150,000 in exchange for 40%. Vance would like to hear from the rest of the Sharks. Daymond fears that if Vance delays any longer, his offer will be withdrawn, so Kevin begins to express his desire to join him. After that, Kevin departs. Since Lori has agreed, Daymond’s offer is the only one on the table. Daymond agrees to accept a 33 percent ownership in the firm after Vance persuades him.

In the three weeks following his Shark Tank appearance, Vance sold more merchandise than he had in the previous year. Line Cutterz has now made it inside Walmart, where it can be found at 50 locations as well as hundreds of small businesses around the country. 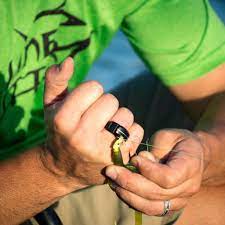 Since the episode aired, he’s created a flat-mount and a pole mount version of the cutters. But hang in there! There’s still more! He currently sells fishing rods and reels, as well as clothing and accessories for fishermen. As of May 2021, he earns between $1 and $2 million per year.

Net Worth of Line Cutterz: