What Is Coffee Joulies?

Coffee Joulies are little stainless-steel capsules with a phase-change material that are inserted in a cup of coffee to cool overheated coffee and then gently release the heat to keep the coffee warm, resulting in a consistently pleasurable coffee drinking experience with every cup. 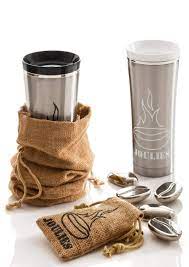 Dave Petrillo and Dave Jackson collaborated to produce Coffee Joulies. After getting a degree in mechanical engineering, Dave Petrillo worked for Lutron Electronics as a design and development engineer.

Joulies was founded by Dave Jackson and Dave Petrillo.

What Happened to Coffee Joulies During His Shark Tank Presentation?

David Jackson and David Petrillo, entrepreneurs, engineers, friends, and coffee aficionados, are another Kickstarter success story that has made it to Shark Tank. The pair raised almost $300,000 to make their heat-regulating coffee beans, which allowed them to go from concept to production in only a few months.

Coffee Joulies are made in the United States by Sherrill Manufacturing, a cutlery company based in upstate New York. Dave Jackson and Dave Petrillo introduce their invention, Coffee Joulies, to the Shark Tank in Season 4 Episode 15. In exchange for a 5% ownership in the company, they’re asking for a $150,000 investment. The Coffee Joulies are composed of a special polymer that absorbs heat, melts, and then releases it back into the beverage as it hardens.

The pair shows the Sharks their innovation, claiming that it can keep coffee at 140 degrees for up to 5 hours. They hand the Sharks hot coffee that was poured three hours earlier. A package of five Joulies costs $50 and each one costs $3.60. The company has a healthy cash flow, having made a $50,000 profit on $575,000 in the previous year. They estimate sales to exceed one million in the following year thanks to upcoming agreements with Bed Bath & Beyond and OfficeMax.

According to Daymond John, the other Sharks are “ready to perform some really intrusive surgery” on the pair over the 5%. Kevin O’Leary says he wants 33 percent of every company he invests in, but the notion fascinates him. He offers them $150,000 in return for $6 each sale until he recoups his investment, then $1 per sale in perpetuity. Lori Greiner offers to be a part of the deal, bringing with her QVC contacts. Robert Herjavec also helps, using his ties at Bed Bath & Beyond to sweeten the deal. Daymond John wants to be a member of the Sharks’ collective bargaining.

Mr. Retail, Kevin O’Leary, introduces himself and invites him to engage in the offer. Mark Cuban makes a separate $250,000 offer in exchange for a 12.5% share in the company. He disagrees with the other Sharks over the best way to market the product. Jackson and Petrillo make the decision to call a friend to discuss the offers they’ve received.

While the two are out of the room, the Sharks discuss the offer. After they leave, O’Leary renegotiates the deal, lowering the wholesale royalty to $3. While commencing Coffee Joulies, the two decide to proceed with the four-Shark deal. 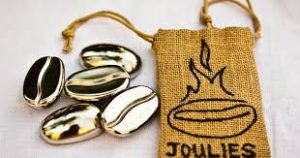 Despite the fact that Bed Bath & Beyond sold a knock-off product for a while, Coffee Joulies are still accessible through their website and other retailers such as Amazon. Coffee Joulies appears to have signed a hefty contract with the Sharks. After the episode, it appears that the transaction negotiated on the show was never completed, but that hasn’t prevented them from selling Coffee Julies online.

According to the year 2021, the company’s Facebook profile hasn’t been updated since 2017. Although the website is still operational, all of the goods have been “sold out.” On Amazon, they’re “now unavailable.” Despite the fact that both men still portray the firm as “open” on their LinkedIn profiles, Petrillo has been working for Peleton as a product designer since May.

The Net Value of Joulies:

The firm was valued at $3 million by Joulies.