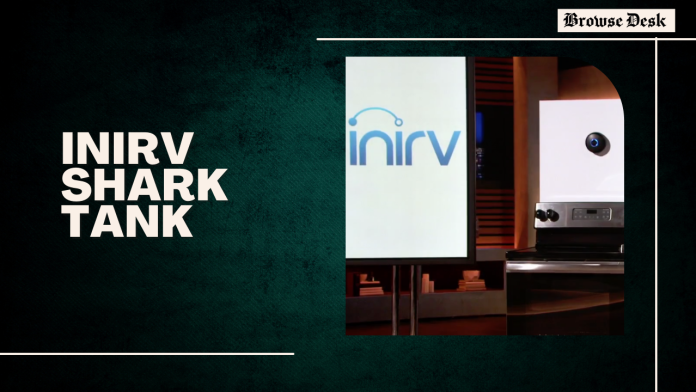 The Inirv React is the first product that enables smartphone access to the stove, shielding the user and their loved ones from the catastrophe of house fires.

It can react and turn off your stove to keep you safe thanks to its sensors, which can also detect high amounts of smoke, natural gas, and lack of motion (or, in this case, you in the kitchen).

Additionally, it enables remote monitoring of the stove and burner temperature control. The stove knobs are “told” to switch off the stove if the sensor detects a significant amount of smoke or gas in the kitchen for an extended period of time. 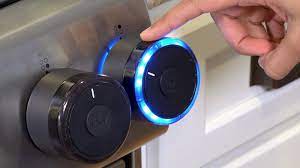 Alexa, Google Home, and a smartphone app can all be used to control Interv knobs and sensors. The stove is not turned on or off when they turn the knobs. Your home might be safer if you never leave the stove on.

When Akshita’s wheelchair-bound mother moved in with her in 2016, that is when the concept for the Inirv company first entered her head. Akshita discovered she had left the stove on as they were driving to the movies.

She came home as soon as she could, only to discover that it was smoke-filled. No one was wounded, but her favorite dog, who had been left at home alone, was very upset by the incident.

Inirv was founded by Akshita Iyer and Ranjith Babu.

How Did Inirv Fare During the Shark Tank Pitch?

The business began operations in February 2017 with a lucrative Kickstarter campaign that raised $175,548.

Additionally, they raised $183,727 on IndieGoGo. As of January 1, 2018, they haven’t yet provided anything, although it seems like they are making progress. They are currently taking “reservation orders” on their website. One sensor gadget with one knob costs $99 dollars. A complete kit costs $229 and comes with a sensor unit and four knobs.

Just stoves with knobs may use Inirv; if your stove only has buttons, you’re out of luck. Iyer and Babu are probably searching for Shark support with production issues.

8 percent of their business in exchange for $800,000 is what Ranjith and Akshita are asking for. As a result, the company is now valued at $10 million.

They argue their position by emphasizing the negative effects of “distracted cooking.” Then, to demonstrate how a stove operates, they placed their knobs on it stage.

They give out samples after the pitch.

The Sharks are informed that the product is still in the prototyping stage and being adjusted. The Sharks were ecstatic with the $430,000 they raised on Kickstarter. They have also submitted several patent applications.

Although Lori Greiner says she likes the idea, she doesn’t think it will materialize. She goes despite wanting to take part in the Inirv adventure.

Inirv After the Shark Tank Pitch:

A Duke University-based company named INIRV was named as a defendant in a lawsuit regarding smart stove knob prototypes that were allegedly displayed on ABC’s “Shark Tank” six months after making their television debut.

A little over six months after the projected air date, INIRV was sued by the company they hired to create their knobs. The lawsuit claimed that INIRV owed them money for services rendered.

In response to a lawsuit submitted in September 2018, INIRV claims that the company failed to provide a functional product, costing them revenue and investment opportunities. They agreed in December of last year. The details were kept secret.

They still haven’t provided their Kickstarter backers with their goods as of 2021. (over 4 years). There are many irate comments from backers on the crowdfunding pages. In February 2021, Inirv declared that they would start shipping soon. 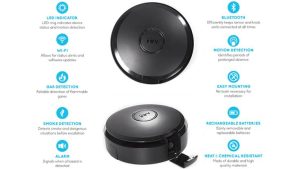 In May 2021, Inirv provided another update, stating that there were issues brought on by a chip shortage. In June 2021, Inirv underwent a rebranding and changed its name to Ome.

Although Inirv has not yet delivered and is currently taking pre-orders online, they assert that the time for delivery is “close.”

The owners estimated the company’s worth at $10 million during the Shark Tank Pitch.