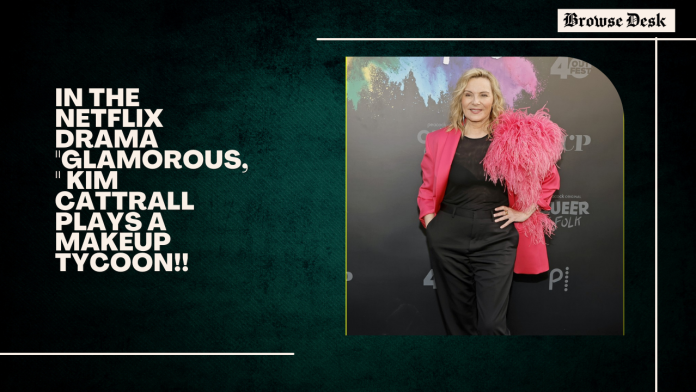 Another significant TV role has been booked for Kim Cattrall. On the Netflix drama Glamorous, the former Sex and the City star will this time portray makeup tycoon Madolyn Addison.

She joins Miss Benny, who was previously revealed and who will play Marco Mejia, a non-conforming queer male who wins a position working for the eminent boutique beauty brand’s founder and CEO.

The series, which is written and executive produced by Jordon Nardino, follows Marco as he discovers what he wants out of life and what it means to be queer while working for Madolyn, a legendary figure in the beauty business and a survivor of the Golden Age of Supermodels.

Meanwhile, the series represents Cattrall’s most recent performance. She previously narrated Hilary Duff’s How I Met Your Father and Brenda Beaumont in Peacock’s production of Queer as Folk. She most recently made an appearance on The CW’s Tell Me a Story as well as on Fox in Tate Taylor’s ill-fated series Filthy Rich.

Related Articles: The Premiere of Ray Liotta’s New Show, “Black Bird,” Is Attended by His Daughter and Fiancée Jacy Nittolo