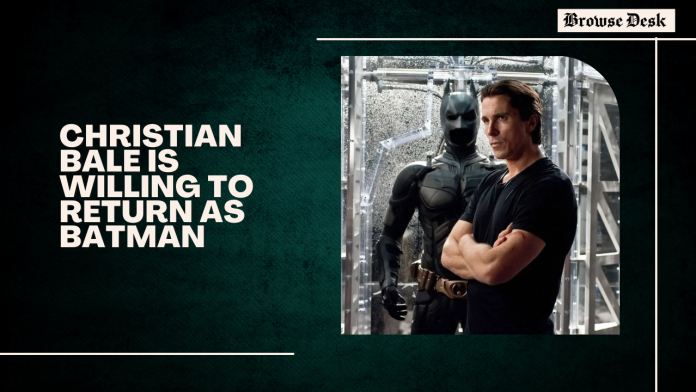 If Christopher Nolan decided to make another movie, the Oscar-winning actor would be willing to go back to Gotham. Christian Bale will be back in a comic book adaptation the following month. But in the newest entry in the Marvel Cinematic Universe, Thor: Love and Thunder, the Dark Knight star plays Gorr the God Butcher, Thor’s deadliest and most dangerous adversary to date. Even in a career full of them, this Marvel sequel will contain one of Bale’s most profound roles, a notable change from the actor’s time donning the cape and cowl. But would he be willing to play one of his most well-known roles again?

There is a history of Bruce Wayne actors reprising their roles, even after Robert Pattinson took on the role in The Batman back in March, as we will see with Michael Keaton and Ben Affleck doing so in The Flash. What about Bale, though?

Yes, the Oscar winner would, but with one requirement.

Bale stated in his interview with ComicBook.com that no efforts have been made to include Bale in the group. He observes that no one has gotten in touch with him, and they treat him “like a mushroom” by keeping him “in the dark” and “feeding” him garbage. But if Warner Bros execs explored the idea and brought it up to the renowned actor, Bale wouldn’t bet against it—but only if Christopher Nolan, who directed The Dark Knight trilogy and The Prestige, were to return to the DC universe as well. Of course, it doesn’t seem likely to happen anytime soon, but hey, it’s also not impossible.

For me, that would depend on Chris Nolan. If he ever made the decision to do it once more and if he made the decision to come my way, then yes, I would give it some thought since that was always our agreement with one another: we would just follow through. We promised to only ever produce three. Then I told myself that Chris was the only person who could help me succeed.

The Dark Knight Rises certainly closes on a conclusive tone, despite its melancholy last moment. As Bale points out, the trilogy was intended to be a trilogy, therefore in their opinion, there is little need to extend the plot. Bale has undoubtedly had no trouble advancing to other movies. 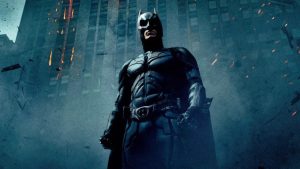 Bale was recently nominated for an Oscar for his lead performances in American Hustle and Vice as well as his supporting turn in The Big Short, in addition to the aforementioned Thor: Love and Thunder. Furthermore, Nolan’s other movies, such as Interstellar, Dunkirk, and Tenet, have all received positive reviews from critics. The renowned director is also hard at work on Oppenheimer, his upcoming movie, which will hit theatres in 2023 and is unquestionably going to be one of the most eagerly awaited additions to the blockbuster season that summer.

“Robert is actually wonderful actor. We’ve bump into each other and talk a little bit about it and I hear wonderful things about this movie (The Batman)” – Christian Bale pic.twitter.com/ZUBpHL3Lgq

It should be noted that this isn’t the first time that Bale has discussed the potential for a fourth Batman film, though he sounds more upbeat now than he did in 2019 when he said that Nolan’s dream was always to make a trilogy and that if they went ahead with another film, it would “stretch too far and become overindulgent.” Bale hasn’t worn the Batsuit since being informed that his “services were no longer necessary” at the moment, and there doesn’t appear to be any pressing need for the actor to do so.

Bale is therefore not now in need of high-profile work, and he would probably only consider playing Batman once there was something interesting or exciting about doing it all over again, especially with his regular co-star. Bale’s phone is buzzing, but Warner Bros. isn’t calling him at the time. But if Nolan turned on the Bat-Signal, Bale wouldn’t hesitate for even a fraction of a second.