Heather Anne Mills (born January 12, 1968) is a former model, businesswoman, and campaigner from England. Mills originally gained notoriety in 1993, when she was a model and was involved in a traffic accident in London with a police motorbike. Her left leg was amputated below the knee as a consequence of the tragedy, but she continued to model with a prosthetic limb and eventually sold her tale to the tabloid newspaper News of the World.

Heather Mills was born in Aldershot, Hampshire, to Beatrice Mary (née Finlay) and John “Mark” Francis Mills on January 12, 1968. Her father was a paratrooper who played the guitar and banjo, and her mother was a pianist.

Usworth Grange Primary School was her first school, and she completed her studies at Usworth Comprehensive School in Washington. Mills alleged that she was kidnapped and sexually molested by a swimming pool worker when she was eight years old. 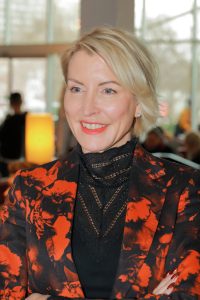 Margaret Amber, a next-door neighbor who was also sexually molested by the attendant, disproved Heather Mills’ allegation, claiming her narrative was “nothing that she made it out to be.” She sued Mills for causing her distress by bringing the incident to public light. Amber was awarded a £5,000 out-of-court settlement as well as £54,000 in legal fees. Beatrice left home when she was nine years old, leaving Mills and her siblings in the care of their father. Mills’ father was also sentenced to 18 months in prison for fraud.

From The Year 2000, She Was In A Relationship With Paul McCartney:

Heather Mills and Sir Paul McCartney of the Beatles met for the first time in April 1999 at the Dorchester Hotel for the Pride of Britain Awards. They later met numerous additional times and even collaborated on a project. On July 23, 2001, while on vacation in the Lake District, McCartney proposed to her. He presented her with a £15,000 sapphire and diamond ring. On June 11, 2002, the pair tied the knot. 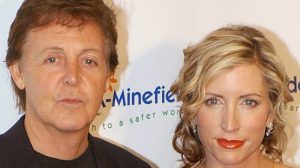 Heather Mills claims she has spent the majority of the £24.3 million divorce settlement she received… only 22 months after receiving a large sum of money from ex-Beatle Sir Paul McCartney.

She informs psychotherapist Dr. Pamela Connolly – wife of comedian Billy Connolly – that she donated a big portion of the money away in an hour-long TV show. “The majority of it has gone to charity, ethical enterprises, or paid for a number of ­projects.”

Heather, who had six-year-old Beatrice with Macca, says she bought homes for her daughter’s future stability.

“I could never sit with millions of pounds in the bank that might make things change,” she says, a barely disguised dig at Macca, who is worth an estimated £400 million.

Heather, 42, likens Macca, who is 25 years her older, to her father, adding, “In several of my ­relationships, I have drawn a similar sort of person to my ­father.”

“It was one of the finest and one of the worst 10 years of my life,” she says of her relationship with Sir Paul. I couldn’t do anything because I couldn’t control myself. It took me a long time to realize that. In the end, I had no choice but to walk away.”

Heather also discusses coming to grips with her limb amputation in 1993.

“This counselor walked in and asked, ‘How are you feeling?'” she adds. ‘I’m alright,’ I answered, going into survival mode. ‘You realize you won’t be as beautiful to males,’ she added. ‘Listen, my dear,’ I murmured. Even if I couldn’t move my arms or legs. ‘I’d still be more appealing than you,’ she says.

Heather Mills has a net worth of $40 million and is an English entrepreneur, environmentalist, activist, and Alpine ski racer. Heather Mills is arguably most known for being Paul McCartney’s ex-wife. Following an accident with a police motorbike in London in 1993, her left leg was amputated below the knee. She continued to model after receiving a prosthetic limb. She made money by selling her tale to a newspaper and establishing the Heather Mills Health Trust to assist amputees. In the year 2000, it was discovered that Mills was dating Beatles legend, Sir Paul McCartney. Heather gave birth to a daughter, Beatrice Milly, in October 2003, after the couple married in 2002. Their divorce was finalized in 2008 after they separated.