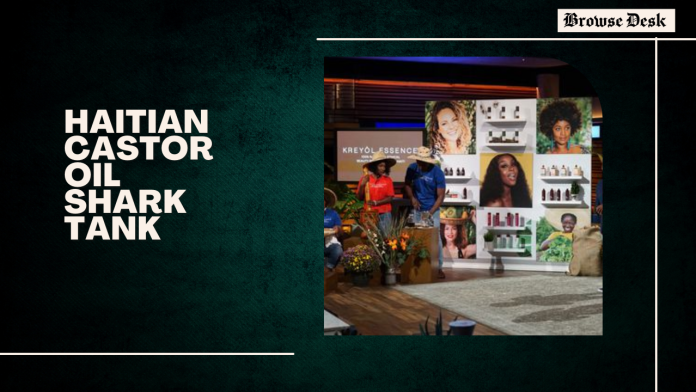 What Is Kreyol Essence?

A company in the US called Kreyol Essence creates organic Haitian ingredients for its natural skin and hair care products. Kreyol Essence’s moringa and Haitian Black Castor Oil-based products provide an alternative to toxic chemicals, which typically damage hair while being styled.

This skincare line treats dermatitis and dry skin. A tiny amount of the “magic oil” is present in each of the products. The vitamin E, minerals, proteins, and healthful Omega 6 and 9 fatty acids found in abundance in Haitian Black Castor Oil make it an excellent hair and skin conditioner.

Kreyol Essence was founded by Yve-Car Momperousse, a native of Haiti with an impressive background. Momperousse has had a number of directorships and positions promoting social empowerment.

Before starting Kreyol Essence, which she still runs, she was a chosen representative on a significant political party’s Pennsylvania state committee. When Momperousse was a youngster, her mother used Haitian Black Castor Oil to cure her hair.

She never had to be concerned about the oil failing her because it was always effective. Momperousse typically suffered hair damage after braiding, weaving, and normal straightening procedures.

She was certain that black castor oil had healing qualities. Momperousse decided to introduce Kreyol Essence to fill a gap in the American oil market. She was perilously near to death in the 2010 Haitian earthquake.

When she realized how its establishment may help the Haitian people become economically empowered, she persisted. Kreyol Essence extended its product line in collaboration with her husband and business partner Stephane Jean-Baptiste before looking for investors to help them hasten their company’s growth.

What Happens to Kreyol Essence at The Shark Tank Pitch?

The company’s Amazon website offers a wide range of products, with prices that greatly vary depending on the item. In addition, they distribute their goods to numerous Whole Foods Market locations as well as hundreds of other stores across the US and Canada.

It appears like Yve-Car and Stephane are managing a reliable business. Tank is approached by Stephane and Yve-Car with an offer of $400,000 for 10% of their business, implying a $4 million valuation. After a description of their products and the distribution of samples.

The pair explains that they started their business in 2014 and began using a direct-to-consumer strategy in 2017. They made slightly more than $1 million in sales in 2018 and are anticipated to make more than $2 million in 2019. That was a great choice.

The Sharks were thrilled to find that Kreyol Essence had signed a deal with Ulta to sell their product, which would represent a sizable revenue stream. However, they are worried about the effort needed to educate the market about the distinction between Kreyol Essence and other competing goods.

Even though the company is profitable, it is currently about $300,000 in debt. The Sharks are concerned that several of their claims, such as that their product promotes hair growth, are not backed up by clinical research.

They feel that their co-founders, Yve Momperousse and Stéphane Jean-Baptiste, are particularly important to the promotion of their goods. The Sharks believed they were crucial in spreading the word about the products, the story, and the social cause. The Sharks will spend a lot of time and money on marketing and instruction.

They are also concerned about the level of rivalry that exists in this sector right now. He loves the potential but thinks there are a lot of risks, so he offers $400,000 for 37% of the company just when it looked like none of the Sharks would make an offer.

Kevin declined Yve-offer Car’s of $400,000 for a 20% interest in the company. They then made the decision to speak Kevin’s language and made a counteroffer of a $400,000 royalty contract in exchange for 5% ownership and a perpetual 25% royalty on all sales. The deal is concluded after Kevin accepts the counteroffer.

Less than two months after the initial airing of this episode in January 2020, it was first to rebroadcast in March. After the first episode of the show, sales soared by 50%, and they rapidly ran out on Amazon.

Kevin’s website makes no note of the deal closing, but Yve-Car declared plans to invest $100,000 in SEO, social media marketing, influencer marketing, and customer retention after the initial airing.

There is still no evidence that the transaction was finalized as of August 2020. The arrangement with Kevin has not been completed as of July 2021. The company’s yearly revenue is $4 million.