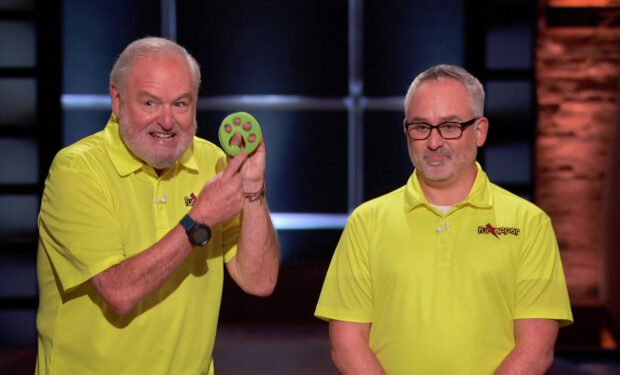 What Is Fur Zapper?

The FurZapper is a pet hair remover that goes into your washer/dryer and gently removes pet hair from your clothing. FurZapper was inadvertently invented by Michael Sweigart. Michael used to wash his family’s laundry, but having two dogs and a cat irritated him since he had to remove animal hair out of garments that had already been cleaned and dried. 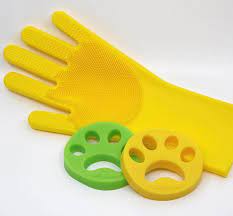 He couldn’t understand why pet hair and lint couldn’t be removed by washing machines. When a silicon zombie mask fell to the floor, he noticed animal hair caught in the silicone, which was easily removed. He had an idea, so he put in a silicon mask with his next load of washing, and it came out hair-free.

FurZapper was born as a result of this process. According to the company’s website, FurZapper is a patent-pending product designed to help pet owners remove pet hair while keeping it off their clothes.

Despite the company’s phenomenal success and exponential growth since its inception, the partners sought funding to help them bring manufacturing processes in-house and expand employment in the United States. They’d want to work with a Shark who specializes in manufacturing to do this successfully.

Entrepreneurs Harry Levin and Michael Sweigart presented their company and product, FurZapper, to the Shark Tank investors on Season 12 Episode 20 of Shark Tank to see if they could get a contract with one of the Sharks.

Sharks Mark Cuban, Kevin O’Leary, Barbara Corcoran, Lori Greiner, and special guest Shark Kendra Scott got the opportunity to promote their company to them. Lori Greiner gave the two a $600,000 deal for 15% equity and an additional line of credit at the end of the show.

Who Is the Founder of Furzapper?

The patent-pending device was created by Michael Sweigart in 2016. He spent most of his career working for auto dealerships, where he was in charge of SEO and online marketing.

After graduating from Rutgers University with a degree in psychology, Sweigart worked in sales, marketing, and business development, including stints at an import/export company, Sam’s Club, and a company that provided corporate security systems, intranets, and websites.

He left his former position 20 years ago to start his own business, “and I’ve had five companies since then,” he recalls, “typically including the production of advertising, commercials, and infomercials for various consumers.”

Fur Zapper After the Shark Tank:

Harry Levin and Michael Sweigart contacted the Shark Tank in Season 12 Episode 20 to ask for $600,000 in exchange for a 10% ownership in FurZapper. The product was originally pitched for $600,000 with a 19.9% stake by Lori Greiner, the QVC Queen.

To avoid being outbid, Mark Cuban put up a $600,000 bid for a 15% stake. Lori matched Mark’s offer since she was so desperate to finish the transaction. When it came time to make a decision, the two agreed to complete the deal with Lori on the condition that she provide them with an additional line of credit if they needed it in the future.

She was more than happy to cooperate and ecstatic at the idea of completing the transaction. Lori Greiner offered $600,000 in exchange for a 15% interest in FurZapper, which they accepted.

The company has maintained a 5-star rating on Amazon since the final FurZapper Shark Tank episode aired in March 2021. Over 10,000 Amazon consumers have given them 5-star ratings.

Net Worth of Fur Zapper:

Harry Levin and Michael Sweigart appeared on Shark Tank Season 12 Episode 20 in search of $600,000 in exchange for a 10% stake in FurZapper. The business was valued at $6 million.

Lori Greiner’s offer of $600,000 for 15% of FurZapper was eventually accepted, bringing the company’s net worth down to $4 million.

FurZapper is one-of-a-kind and surprisingly simple pet hair removal product. It aroused our interest in knowing more about the brand as a must-have item for pet owners. When clothing is cleaned and dried, it eliminates pet hair.

Harry Levin and Michael Sweigart run a company that helps people remove pet hair from their clothes in an environmentally responsible way. They approached the shark tank in search of a $600,000 investment in exchange for a 10% stake in the company. As a consequence, Lori Greiner agreed to lend them $600,000 for 15% equity and an extra line of credit.