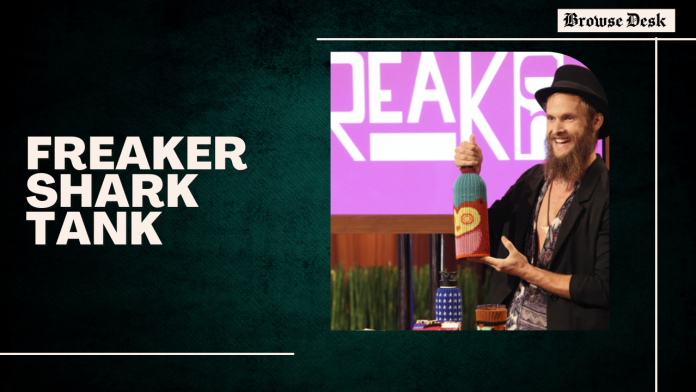 What Is Freaker USA?

Freaker USA is a company that is happy to have its products made in the good ol’ USA. A universal beverage insulator, it keeps beverages cool while keeping your hands dry and fits any can or bottle.

It includes anything from a bottle of your preferred beer to a Big-Gulp or a Coke can. It also shields your hands from a piping-hot cup of takeout coffee. It is hand-knitted from stretchy cotton and features other patterns or logos in addition to the traditional red, white, and blue colors of the American flag. 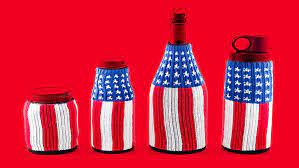 They function as a wrist band when not in use. To finish off the look, they also sell a line of socks. Zach Crain of North Carolina founded Freaker USA in 2011. He had lived in his car while traveling the country for years as a hippie before arriving in North Carolina. Zach continues to serve as CEO and has since expanded his business to add more employees.

Who Is the Founder of Freaker USA?

In 2011 Zach Crain established Freaker USA in North Carolina. Everything started when Zach made the decision to take up knitting as a new hobby. He soon started playing with the notion of knitting covers for drinking containers. 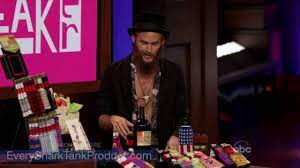 He reasoned that creating his own koozie for friends and family and selling it to nearby companies would be a successful business venture. With over $60,000 in the financing, Freaker USA was recognized as one of the top 12 Kickstarter campaigns of 2011. Simply put, Freaker USA is a knit fabric koozie for drinking glasses.

The ground-breaking apparatus can hold bottles of any size, from 12 ounces to 2 liters, and anything in between. Zach comes across as a crazy, colorful person who is obviously having fun in Shark Tank. Manufacturing of freaks takes place in Troy, North Carolina. It’s Zach and his team’s responsibility to “Freaking the World”!

What Happened to Freaker USA at The Shark Tank Pitch?

Zach Crain, who founded Freaker USA, developed a line of knit beverage container covers after taking a knitting class in Wilmington, North Carolina. Zach makes a pitch to the Sharks about his Kickstarter project in episode 406. Zach wants a Shark’s help with marketing and distribution.

Zach sought $200,000 from Shark Tank in exchange for a 10% interest in his $2 million Freaker USA. He discussed numbers with the Sharks, but the cut focused more on his bizarre attitude than the actual business. After paying everyone, Freaker USA had leftover $50,000 from its $350,000 in sales.

Zach “beeped” and “whooped” his way through his pitch, giving the impression that the Sharks thought he was insane. Zach declines Kevin’s offer of $200,000 for a 50% stake in the company, which he values at $400,000. Kevin then leaves. Barbara adores Zach but doesn’t believe in his value, so she leaves.

Despite the fact that he also goes out, Robert adores Zach. Daymond is also against the product and lacks excitement. Although Mark likes the product and sees opportunities, he finds it difficult to handle Zach’s “whooping” and “beeping.” Mark leaves the pitch, while Zach leaves without a deal.

What Happened to Freaker USA After Shark Tank? 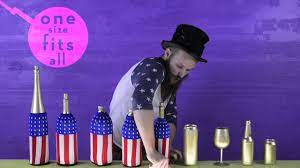 College Freakers are currently being released, and they may be purchased from oddball boutiques all throughout the country. Zach is taking a cautious stance even though licensing is a crucial part of the Freaker USA agenda.

Without being certain that the company can handle it, he won’t engage any additional distribution channels. Zach may have seemed nuts on Shark Tank, but the man is absolutely bonkers!

The owner of Liberty, Tim Andis, called Zach as a result. All of Liberty’s bottles currently have bespoke labels created by Freaker. Freakers are sold on Amazon, the Freaker website, and the Liberty Bottleworks website. 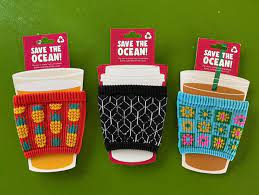 Unfortunately, less than a year later, the collaboration between Liberty Bottleworks and Freaker has come to an end. The relationship was dissolved, according to Freaker, after Liberty Bottleworks staff members allegedly started selling knockoff Freakers.

To go along with the Freaker designs, Freaker set out to make distinctive socks named Freaker Feet in the early months of 2015. The tale will include more details as it goes along. They also produced Slippys, miniature versions of the Freaker for cups and mugs. Both their website and Amazon sell their entire product line.

The company also sells through thousands of gift shops. They also negotiated licensing agreements with DC Comics and the NFL. Over the years, Zach and the team have built a solid, prosperous firm. With $6 million in annual sales as of January 2022, the company is still operating.

Net Worth of Freaker USA

Prior to and following the pitch, the company was valued at $2 million. Since the company has continued to operate, its current net value may be higher.