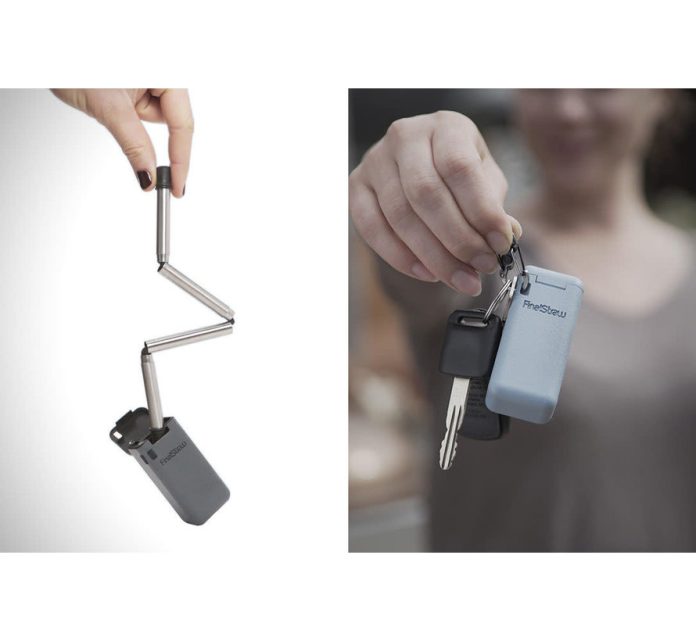 What Is FinalStraw, Exactly?

FinalStraw is the first reusable, collapsible straw in the world. FinalStraw’s goal is to reduce its reliance on single-use plastics by producing reusable, ethically created alternatives.

FinalStraw comes in a little, keychain-friendly package that they can carry with them wherever they go. The stainless steel FinalStraw is 9 inches long and folds neatly into a sleek recycled plastic carrying box.

The case is about the same size and shape as the key fob that comes with modern cars (3′′ x 1.25′′ and less than 3 ounces) and fits neatly on their keyring, ensuring that they always have it with them.

They can carry it in their pocket or purse as well. A mini-squeegee is included in the package for cleaning the interior of the straw, which is made of medical-grade TPE tubing. FinalStraw works with cold and hot liquids, as well as thick beverages like smoothies and milkshakes. It comes with a lifetime guarantee and is dishwasher safe.

Who is the FinalStraw Founder? 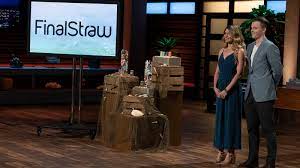 FinalStraw was founded by Emma and Miles. Emma was raised to be environmentally conscious, and she became active in the anti-plastic bag movement while attending the University of California, Santa Barbara.

While on vacation in Thailand, she spotted plastic straws cluttering the gorgeous beach. The tide would dump more on the sand the next day, so she’d pick them up. Her goal has been to rid the world of plastic straws since then.

Emma earned a Master’s degree in environmental management and sustainability from Harvard in 2017, and in that year she met Miles, a photographer, environmental activist, and innovative entrepreneur with a vision for a reusable straw.

Miles created the prototype while Emily conducted market and product research. Final Straw was launched by Cohen and Pepper with a hugely successful Kickstarter campaign that raised over $1.8 million!

Emma and Miles went into Shark Tank Season 10 Episode 1 looking for $625,000 in exchange for a 5% interest in their business. This equates to a $12.5 million price tag.

Thousands of straws rain down from above on the pair to show the issue of single-use straws. They deliver their pitch and hand out samples. The Sharks take everything in and then express their worries.

Nobody will pay this much for a straw, according to Daymond. Lori believes she’s seen dozens of similar straws for sale (more on that below). Kevin offers $625,000 in exchange for 10% + $2 every straw until he recoups $1.8 million.

Cohen despises royalties and claims to be willing to take a higher percentage. Kevin is about to go. They reject Mark’s offer of $625,000 for a 25% interest. There is no consensus.

After the Shark Tank Pitch, what happened to FinalStraw?

Even before their Kickstarter campaign was over, cheap Chinese knockoffs were flooding the US market. On Alibaba, there were dozens of listings for knockoffs.

After a nudge from CNBC’s Nightly Business Report correspondent Andrea Day, Alibaba removed the knock-off makers off their website. In September 2020, the International Trade Commission issued a General Exclusion Order barring the importation of things that infringe on Final Straw’s patent.

After learning that Miles Pepper and someone from Final Straw’s outside marketing company was secretly seeking to launch a competitive collapsible straw business, Emma Cohen launched a lawsuit against him.

He also suspended Cohen’s access to the company’s websites and canceled the company’s credit cards. According to Peppers’ LinkedIn page, he departed the company in February of this year, indicating that the case was settled. It is also not said if it will pursue the initial suit.

Sanikind, a reusable hand sanitizer dispenser, was introduced in August 2020 after a successful Kickstarter campaign. After a difficult couple of years, this company’s fortunes are recovering.

They presented a foldable, reusable fork and Spork, as well as a gigantic, reusable silicon straw big enough for thick milkshakes. As of June 2021, the company is doing well, with an annual sales of $7 million.

Net Worth of Final Straw: