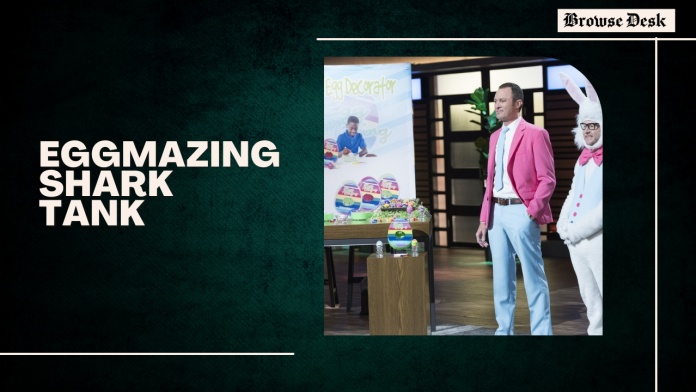 What Is Eggmazing Egg Decorator?

An egg decorating kit called the Eggmazing Egg Decorator gets rid of the smell and mess that come with traditional Easter egg decorating. Neither vinegar nor dyes are present. Instead, just set a hard-boiled egg on a battery-operated egg holder, which will spin the egg as the user adds decorations with the included markers in different colours.

Who Founded the Eggmazing Egg Decorator? 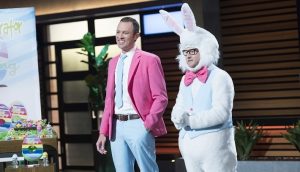 Co-founders Curtis McGill, chief financial officer, designer and CEO Scott Houdashell created the Eggmazing Egg Decorator. Scott had a natural aptitude for carpentry that he developed while serving as a carpenter for a family-run apartment building.

In addition to being an investor, Curtis supports a variety of Texas-based enterprises, including real estate, restaurants, and hair salons. Both people will stay on the board of directors for the corporation.

Before Easter in 2015, Scott Houdashell of Amarillo, Texas, was watching his nieces and nephews colour eggs when he noticed how much mess all the paint, glitter, and other decorations were made.

There must be a less unpleasant but equally delightful way to colour Easter eggs, he reasoned. He constructed his first model using a screwdriver, a hot glue gun, and a spoon. It worked, but it didn’t seem to be very enjoyable, and it wasn’t very user-friendly, especially for kids.

Scott spent the rest of the year creating many prototypes, and by the spring of 2016, he had a working model. The (naturally!) egg-shaped, vibrantly coloured container rotates a hard-boiled egg. The egg is painted with non-toxic coloured markers, creating striking patterns as it turns. 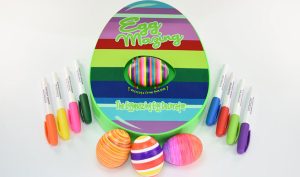 The device was put to the test that year when Scott’s family and friends painted Easter eggs. A big success, indeed! Scott was encouraged by the response and sought out tooling and manufacturing experts. He started a Facebook page for the Eggmazing Egg Decorator on May 4, 2016, and it quickly gained popularity and positive feedback.

He started a Kickstarter campaign with a $5,000 goal on November 16, 2016, to raise money for the creation of the Eggmazing Egg Decorator. Kickstarter recognised The Eggmazing as a “Project We Love” on November 28, 2016. When the campaign was over, it had raised more than the intended $7,736 from 147 backers.

In November 2016, the issues with production and packing were rectified, and on December 5, 2016, Scott and his novel invention were highlighted on the KAMR television programme Studio 4 with Andy Justus. On March 1, 2017, the first 10,000 units were created.

What Happened to Eggmazing Egg Decorator at The Shark Tank Pitch?

In Shark Tank Season 9 Episode 23, Curtis and Scott ask for $350,000 in exchange for a 7% share in their business. This translates to a valuation of $5 million. They explain how the ornamentation on eggs has remained the same for years. They use a fun and hygienic substitute for dying eggs, which is smelly and filthy.

Then Curtis’ kids hand out samples after showing how it works. The Sharks don bunny ears and analyse the samples before Curtis’ wife and kids leave the stage. Kevin wants to know how they came up with the idea.

In 2015, Scott sought to find a better method than the traditional vinegar and dye tablet method for colouring eggs with his children. He pulled out an electric screwdriver and a glue gun and got to work on the first prototype. Although Kevin finds it fascinating, he thinks it is far too seasonal.

Barbara asks Scott about pre-sales for Easter the next year, and he replies that they have $1.2 million in purchase orders. They were priced at $4.71 to land and pack, and the wholesale price is $12.50. Any order placed with them cannot be returned. Kevin is shocked.

Half of the orders are for The Treemendous Ornament Decorator, one of our sister products continues Curtis. Eight markers and three embellishments are included, and it costs $29.99. Kevin challenges the pricing and asserts that ornaments are not often decorated in the same way that Easter eggs are.

In exchange for 33 per cent of the company, Kevin offers $50,000 as well as a $300,000 loan at a 13 per cent interest rate. Robert exclaims, “That’s egg-excruciating!” When Curtis claims he is doing it for his children, Kevin reduces the interest rate to 11%.

Barbara agrees to provide $350,000 in exchange for a 15% share even though she has doubts about The Treemendous Ornament Decorator. The other half is a credit line with a rate set by her bank, with the first half being cash.

Robert does not picture it as the centre of an entire company. Robert is therefore no longer included in the arrangement. In exchange for a 10% stake in the business, Barbara offers to lend the company $350,000 at the lowest interest rate she can find.

In response, Lori offers $350,000 for 10% along with a $2 royalty on each item sold up until she is reimbursed. Half of her earnings will be given to a charity of Curtis and Scott’s choosing. Mark thinks Lori is the better deal because she is more focused on products, but he isn’t involved in the transaction because it isn’t his concern. Scott and Curtis finally decide to accept Lori’s offer.

Now, it’s simple to find The Eggmazing Egg Decorator at places like Wal-Mart, Target, and Amazon. In the year following the debut air date, the company had revenues of $12 million. The Treemendous Ornament Decorator costs $34.99, however it is currently available for $29.99.

There is a business update in season 10, episode 1018. Not by chance, the update will be broadcast in 2019 three weeks prior to Easter. They advertise new Christmas and Halloween kits in the show. Another option is a dinosaur-themed egg decoration kit that comes with an actual dinosaur egg.

Sales at Wal-Mart climbed by 226 per cent in 2020 compared to 2019. Amazingly, Amazon sales jumped by 4400%. Due to the volume and the Covid-19 outbreak, it eventually became challenging to locate the kits. As of November 2021, the company was still in existence and had $3 million in yearly earnings.

The Net Worth of Eggmazing Egg Decorator