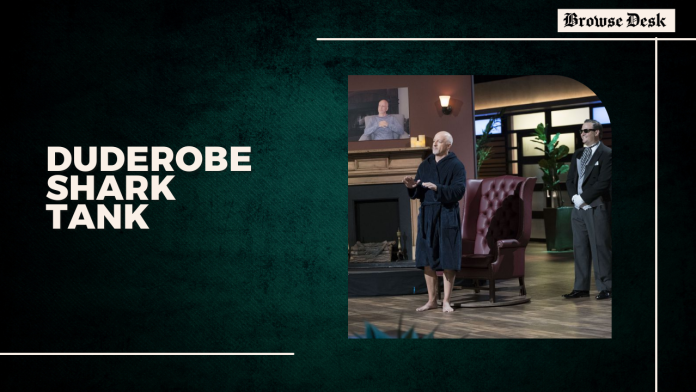 What Exactly Is Dude Robe?

The DudeRobe is a one-of-a-kind robe for men. The inside is coated with an absorbent towel material, while the outside is constructed of a hooded sweatshirt. The DudeRobe company also sells towel-lined shorts and sweatpants. DudeRobe’s goal is to create a more masculine alternative to the bathrobe.

After seeing that women’s reclining choices looked to be more comfortable than men’s, Howie Busch created DudeRobe. Howie also considered that a good towel would be the perfect item of clothing. To address his problem, he integrated the two principles.

Who Is the Founder of DudeRobe? 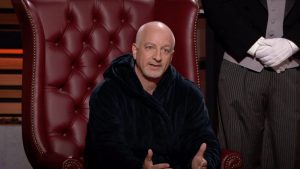 Howie Busch invented DudeRobe because he believes that traditional men’s bathrobes stink. He wanted to create a robe that was both absorbent and “nice to wear” for males. The Dude Robe is the final product. It’s a towel-lined robe with a hood and a sweatshirt-like shell.

It can be utilized in the shower, at the beach, or just lying about, according to him. He also offers towel-lined shorts, sweaters, and sweatpants to complete the look. In September 2017, Busch sold the first set of products through a Kickstarter campaign that garnered $67,498. He raised $77,360 through an IndieGoGo campaign in November of 2017.

What Happened to DudeRobe at The Shark Tank Pitch?

Howie Busch hopes the Sharks love Dude Robe, his “re-designed and re-engineered bathrobe for today’s man,” on Shark Tank episode 908. Busch is searching for a Shark to help him set up a legal supply chain and website.

Howie asks for $150,000 in exchange for an 18 percent ownership in his firm, which is worth $833,333. He delivers his pitch and gives out samples. Due to production issues that emerged during the Kickstarter campaign, he only has four samples.

Kevin considers himself to be in a competitive market. The presentation starts to spiral out of control when Howie reveals the Kickstarter campaign. The Sharks are unhappy with the $219 price tag on the sweatshirt, robe, and shorts set.

The first Shark to go was Mark, who was followed by Kevin. Lori also departs since she does not believe that man would wear a robe like this. Robert isn’t getting it, so he gets out as well. The final Shark to go is Daymond, who claims it’s too “in the middle.” Busch eventually departed the pitch without an agreement.

What Happened to DudeRobe After Shark Tank?

Following his participation on Shark Tank, Howie saw an increase in sales, but he left the presentation without a contract. His products are available on his website as well as through his Amazon store. As of January 2022, the business is up and running, with yearly revenue of $2 million.

During and after the pitch, the firm was valued at $833,333; since then, the company has performed well in sales, with annual revenue of $2 million as of January 2022. This demonstrates that the company’s net value has increased.