Dr. Dre (Andre Romelle Young) is an American rapper, record producer, and entrepreneur who was born on February 18, 1965. He co-founded, co-owned, and served as president of Death Row Records. He is the founder and CEO of Aftermath Entertainment and Beats Electronics. Dr. Dre began his career in 1985 as a member of the World Class Wreckin’ Cru, subsequently becoming famous as part of the gangsta rap group N.W.A.

Contents
1. Nicole Young, Who Is She?
2. Who Exactly Is Dr. Dre?
3. What Are the Reason Behind Dr. Dre and Nicole Young’s Divorce?
4. Nicole’s Separation Is Her Second:
5. The Ruling Was Made Temporary Pending the Outcome of The Ultimate Decision:
6. Nicole Accused Him of Concealing Assets for A Reason:
7. Dr. Dre, What Happened to Him?
8. Do Dre and Nicole Young Have Any Children?

Nicole Young, Who Is She?

Nicole Young was first known as the ex-wife of former NBA star Sedale Threatt, and subsequently as the wife of Dr. Dre. Sedale was her husband for three years. She worked as an attorney before marrying Dr. Dre. On May 25, 1996, the two married.

Who Exactly Is Dr. Dre?

Dr. Dre is a rapper, producer, and entrepreneur whose real name is Andre Romelle Young. He is regarded as a pioneer of the California rap sound in the hip-hop community. Dre, 55, is the co-founder of the highly profitable Beats Electronics label and was formerly a co-owner of the legendary Death Row Records company.

Snoop Dogg, Tupac Shakur, Eminem, and 50 Cent are among the artists he has handled and coached. In 1985, he was a member of the NWA, which included Eazy-E, Ice Cube, Yella, MC Ren, the Arabian Prince, and the DOC. According to Billboard, his latest endeavor is the release of new songs through the playable online tale Grand Theft Auto. According to a statement, the online game will feature “unreleased exclusive music from Dr. Dre and a heavy-hitting lineup of artists” and will be released on December 15, 2021.

What Are the Reason Behind Dr. Dre and Nicole Young’s Divorce?

In June 2020, the former couple announced their divorce, with Nicole claiming irreconcilable differences as the basis for their split.

Nicole’s Separation Is Her Second:

The last time Dre and his soon-to-be-ex-wife were spotted together was at a Tom Ford fashion show in February 2020. Nicole was reportedly demanding $2 million per month in spousal support in September 2020, but in October, a judge decided against the rapper paying $1.5 million in security expenses for his ex-wife. A Los Angeles Superior Court Judge ordered Dre to pay Nicole $293,306 each month in July 2021, according to court filings.

The Ruling Was Made Temporary Pending the Outcome of The Ultimate Decision:

“[Dre] is ordered to pay to the [Nicole] spousal support in the sum of $293,306.00 per month, payable on the first of each month, beginning August 1, 2021,” according to the court documents. Dre will pay a total of $3,519,672 per year until Nicole remarries or “enters into a new domestic partnership.”
According to TMZ, Dre was “given divorce papers” while attending his “grandmother’s burial” on October 20, 2021, during his acrimonious breakup with Nicole.

Dre was “upset by the scenario and refused to take the paperwork,” according to the source. Young made statements about Dr. Dre’s spending in court records acquired by Radar Online, making the prenuptial procedures financially challenging for her. Young’s court pleadings stated, “If anybody is to blame for the acrimonious and expensive litigation, it is Andre, his team, and the decisions Andre has taken.” Dre agreed to pay Nicole $100 million in their settlement on December 29, 2021. According to TMZ, Dre will pay the first $50 million immediately and the second half a year later.

Nicole Accused Him of Concealing Assets for A Reason: According to TMZ, she accused him of concealing important assets after they split up, including trademarks for his stage name and album “The Chronic.” According to sources close to Dre, her assertion is “crazy” and an effort to shame him.

According to TMZ’s sources: “They tied the knot in 1996. Chronic was released in 1992, and Dr. Dre has been using his moniker since the 1980s, so it’s all his.”
Dre’s action, she said, was an “epic failure” that revealed the actual core of his character, or lack thereof.

Dr. Dre, What Happened to Him?

Dre was allegedly brought to the hospital on January 6 after suffering a brain aneurysm. According to TMZ, he was admitted to a Los Angeles hospital’s intensive care unit. According to sources close to the producer, he had an aneurysm on Monday, January 4, and was transported to the hospital by ambulance, where he was transferred straight to ICU. The music mogul was stable and conscious, according to the insider, however, doctors aren’t sure what caused the bleeding.

Do Dre and Nicole Young Have Any Children? 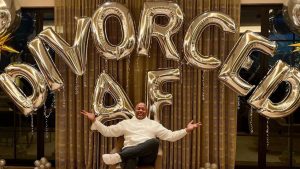 Together, the couple has two grown children. Truice was born in 1997 and Truly was born in 2001. Dr. Dre is the father of seven children, four sons, and three daughters, by five different women, albeit his son Andre Young Jr died tragically in 2008.