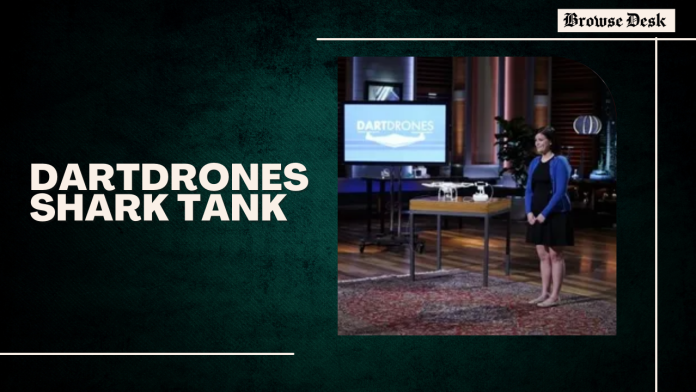 The company’s primary goal is to provide customers with a comprehensive and individualized training experience that includes hands-on training in person, aerial videography, instruction on how to get a commercial remote pilot license, and more.

Who Is the Founder of Dart Drones?

CEO and co-founder of DartDrones is Abby Speicher.

In 2011, she started her work as an intern in human resources at Lowe’s Regional Business Centre. In 2013, she founded and became CEO of Daakye, a social enterprise that sells handcrafted handbags made by Ghanaian women.

Over 9000 students have recently had the opportunity to receive a top-notch education in drone flying thanks to the company. Prior to founding DartDrones, Abby acquired her entrepreneurial spirit from her relatives, especially her father, a professor of entrepreneurship.

She began working her way through college at the age of 17 on a social enterprise that produced handbags in Ghana to fund children’s education there. Through this initiative, she learned how to sell a product and developed a passion for running a business.

While completing the MBA in the Entrepreneurship program at Babson College and seeking for a new company to start, she met Christ Costello, who was in charge of missions using Raven drones at the Army National Guard.

Then they were coerced into participating in a business competition as a team. Prior to the pitch competition, Abby had never flown a drone, so she ordered a Phantom and attempted to do so in front of the judges, which led to a terrible catastrophe. The concept for a drone training school was inspired by that experience. As a result, DartDrones was created.

What Happens to DartDrones at The Shark Tank Pitch?

In exchange for a 10% ownership stake in her company, Abby asks for $300,000 in Shark Tank season 8 episode 18. This suggests a valuation of $3 million. She talks about her business and its plans for growth.

Robert makes an attempt to pilot the demo drone but fails. With some verbal encouragement, he tries again and launches and lands the plane, though it wasn’t a perfect flight. Kevin wants to know how long it takes to get the skills needed to pilot in such a way.

Abby points out that they now provide a one-day course for both enthusiasts and people interested in commercial aviation. Advanced abilities call for additional time. Daymond asks about the price of the course, which is $400 for a whole day of in-person teaching lasting eight hours. 22 different instructors are teaching this course in 27 different cities.

Over the past 18 months, they had earned revenues of $520,000. Next year, they anticipate making between $900,000 and $1.2 million in revenue (2016). Abby plans to use the Shark investment to fund the development of new courses by reinvesting all profits back into the company.

They currently serve as the only national drone training institution. Robert wonders why they need $300,000. Mark agrees with Abby’s request to license the program to colleges and universities. She tells Daymond that they work together and receive payment from hobby stores to promote her courses.

After that, Kevin says he’s had enough listening and is ready to start the game. He questions the $3 million estimate made by DartDrones. He offers $300,000 in exchange for 15%. Then Mark offers $300,000 for 10%, but he demands a prompt reply. Abby agrees right away.

Abby leaves the Shark Tank with a big smile on her face. The Shark with the most technical knowledge is Mark. She has full faith in Mark’s abilities to develop DartDrones.

Due to the fact that Dart Drones is not listed on his website, Mark’s transaction was never completed. The company has grown since its inception and now offers classes in more than 40 locations around the nation.

Currently, they provide a range of other courses, such as night flight, roof inspections, and others. They continue to impart knowledge to law enforcement and fire service personnel and even work with the National Transportation Safety Board.

As of May 2021, there will only be 30 locations offering classes, but they have expanded their curriculum. They also work together with the FBI, NASA, Boeing, and a number of big businesses, such as General Motors and Wal-Mart.

Abby goes on Shark Tank looking for $300,000 in exchange for a 10% interest in her company. This suggests a valuation of $3 million.