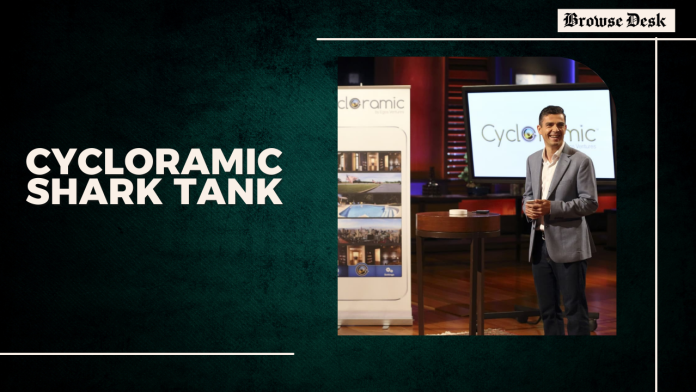 What Is Cycloramic, and How Does It Work?

The Cycloramic is a smartphone app that allows you to automatically spin your Apple iPhone or Windows Phone 360 degrees. The Cycloramic app on your phone may be used to take panoramic photos. 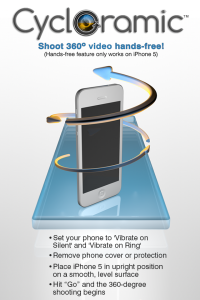 Whether you’re a private seller or a dealership, Cycloramic allows you to take hands-free, 360-degree, 3D reconstruction images in augmented reality with your smartphone. Car360, which employs gyroscopes and vibrations to produce a panoramic visual effect, originated from Cycloramic.

Who Is the Cycloramic Founder?

The Cycloramic aka Car360 app was founded by Bruno Francois, an Atlanta-based born-again entrepreneur. He holds a bachelor’s degree in mechanical engineering as well as a master’s degree in computer science.

He worked as the president of a family-owned building materials company before quitting to focus solely on his innovations. After multiple successful investments, partnerships, and millions of downloads for Cycloramic, Bruno introduced additional concepts to the program, such as the Car360.

Carvana’s CEO made an outright offer of $22 million to buy the product and the company when Car360 was exhibited in 2017. Bruno has been appointed as an executive director to Carvana’s board of directors. After seeing various applications go popular over the years, Bruno was motivated to create his own software.

He was inspired by every program he saw, from Angry Birds to Foursquare, and he thought he could make something comparable. He quit his work at the age of 40 in 2011 to pursue his dream of making anything, wasting all of his money in the process. His concept was to debunk the myth that everything has an app, which he claimed was not always the case. Bruno’s answer for taking 360-degree photographs with the iPhone while his funds ran out in 2012 was the Cycloramic.

Steve Wozniak was eventually impressed after he emailed a small film and summary to about 20 reporters and influencers in the technology business. Apple co-founder Steve Jobs shared a 360-degree video of himself taken by the app on social media less than a week after it was posted on the app store, resulting in a spike in downloads. Bruno decided to look for financial investors to help him advertise and develop the software further. After witnessing his phone moving flat on a table, Bruno Francois came up with the Cycloramaic notion. Bruno Francois pondered whether he could profit from the situation. By adjusting the phone’s vibration patterns, he was able to spin it while resting on its flat side.

As a result, entirely hands-free panoramic photography and filming became possible. It was a fun, easy-to-understand, and endearing notion. This software made use of pre-existing smartphone features to create a unique experience.

It turned determined that simply using the product was enough to start a viral chain reaction. It’s difficult to envision how a smartphone could dance. They would stand there in awe, then go home and buy the app. Cycloramic has over 100,000 downloads a week after it was released.

Both Egos Ventures and Cycloramic, a development company, received high recognition and multiple prizes in 2012 and 2013. Steve Wozniak, better known as “The Woz” of Apple, sent Bruno a personal email in which he hailed the program as “surprising, amusing, and practical all at once.”

Insecurity and a lack of contacts were two of Bruno’s main concerns. Cycloramic had a wide range of applications, but there were many more business models that might be deployed. It wouldn’t be a one-dollar download for the rest of the time. Should he attempt to sell the app to a major social media platform?

Bruno Francois appears on the Tank in search of a $90,000 investment in exchange for a 5% stake in Cycloramic, nicknamed Car360. Bruno gladly accepts the offer made by Mark Cuban and Lori Greiner and exits the Shark Tank.

Final Agreement: Mark Cuban and Lori Greiner agreed to invest $500,000 in Cycloramic in exchange for a 15% stake in the company.

After Shark Tank, What Happened to Cycloramic?

The “Shark Tank Effect” benefited Cycloramic significantly. Within an hour of signing his deal, Bruno’s app had 100,000 downloads. It has, on the other hand, achieved substantial progress on its own. In the months after its presentation, Cycloramic was highly welcomed. It was advertised in app stores all over the world.

Due to this and the show’s success, Cycloramic became the most downloaded app during Shark Tank’s weeklong engagement. From the time of filming to the week after the episode’s release, Cycloramic’s downloads surged by almost 8.5 million. In recent years, Cycloramic has expanded its reach to include more phones. It currently works with a limited number of iPhone models as well as Windows phones. Because there are various variations of iPhone models, it’s impossible to estimate current download figures.

There’s no guarantee that all smartphones will be built on the same platform. Since Cycloramic’s dramatic ascent to notoriety, Egos Ventures, the business behind it, has produced similar programs.

However, with the premiere of Shark Tank, things have slowed considerably. It’s been nearly two years since anything important has happened. Cycloramic expanded to the iPhone 6, although later versions encountered hardware difficulties. Mark most likely hoped to sell the company to a huge social media network like Instagram or Vine, but as of April 2016, no such deal has been made. Cycloramic’s low performance since 2014 could be attributed to changing technologies.

The item is behind the times in terms of smartphone hardware and performs a similar purpose to drones and GoPro cameras. Users can engage with the world in new and creative ways thanks to a variety of emerging technologies.

Consumers are probably used to laying their phones on a good, polished surface and waiting 20 seconds for them to shoot a panorama photo. They want to capture high-octane events such as concerts and festivals. Regardless, Cycloramic’s inventiveness is astonishing. Even as it nears the end of its life cycle, Bruno Francois’ app will continue to exist.

Update on The Cycloramic Shark Tank: 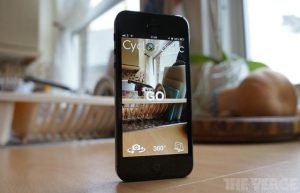 Cycloramic was downloaded over 8.5 million times in just a few days after its debut on Shark Tank. Millions of Shark Tan fans appear to have been as surprised as the Sharks when it came to employing Cycloramic to capture hands-free panoramic footage with their iPhones.

Following Bruno’s participation on “Shark Tank,” over a hundred thousand individuals downloaded the Cycloramic app for one dollar and ninety-nine cents each, generating over two hundred thousand dollars in revenue.

Because of its enormous popularity, both the Cycloramic App and the Pro edition received the highest possible ratings in the App Store, ranking first and second, respectively. According to Francois in a recent interview with 9 to 5 Mac, this vibrating software has over 8 million downloads, making it one of the most successful applications ever exhibited on the Shark Tank Show in record time.

Lori Greiner’s marketing expertise, along with Mark Cuban’s understanding of computer software and mobile applications, makes them a formidable team. Following up on his first selfie app, Bruno created a panorama selfie app.

With their ever-expanding assortment of software and technology, Cuban and Greiner are flashing their sharky grins to the bank. Bruno created Selfie 360 after the app’s popularity peaked, transforming panoramic photographs into animated gifs.

He then moved on to Automobile 360, which made making interactive 360-degree pictures for car sales websites a lot easier. Cycloramic was purchased by Carvana in April 2018 for $22 million after meeting Carvana CEO Ernie Garcia at a convention.

Since Shark Tank, Cycloramic’s social media profiles have gotten minimal attention. In April 2016, Cycloramic stated that it could be managed via an Apple Watch. In June 2015, a basic article on gaining more from your phone was the most recent post on Facebook, while a photo was posted on Instagram two years ago.

What Is Cycloramic’s Net Worth?

When Cycloramic first debuted on Shark Tank, it was valued at $1.8 million. Cycloramic had a net worth of $22 million when Carvana bought it.