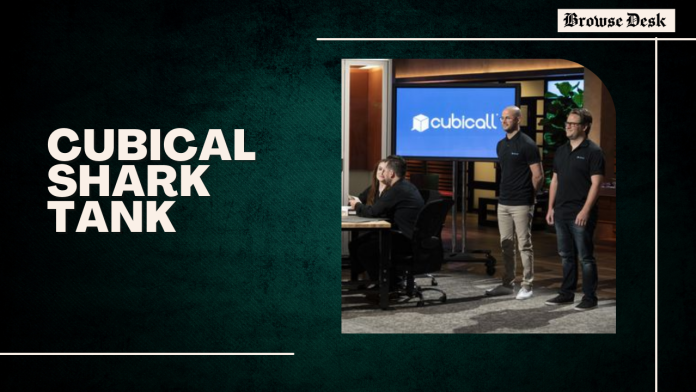 In Shark Tank episode 1021, Nick and Anthony Pucci introduce the Sharks to Cubicall, a cutting-edge “phone booth” for open office settings. The business was started in 2017 by the brothers, who have worked in marketing for many years. They discovered that open-office layouts are used in 70% of American offices. Even if this has advantages, private areas for phone calls and talks are still necessary.

The answer is the Cubicall booth. They have sound isolation for private phone calls and have a sleek, contemporary appearance. For added visual privacy, the glass panels can be decorated with artwork (like their commemorative Superman booth). They take up less room in the open office while yet offering a quiet area.

Cubicall booths are available in sizes that accommodate 1-4 persons and are priced between $6,495 and $11,995. When the Pucci’s needed a soundproof phone booth for their open office, they founded the business. When they failed to locate one, they created one. The booths are made in Los Angeles. They want a shark’s assistance to grow their business.

Nick and Anthony ask for $350,000 in exchange for 10% of their company. They describe and exhibit the product. They’ve sold around $500,000 worth of product in a year, but because of their tight margins, wholesalers aren’t interested in carrying their product. Additionally, there are four significant rivals in the market. Kevin and Barbara express interest, but Mark, Lori, and Robert withdraw.

$350,000 for 10% of the business in exchange for a royalty of $100 per unit until he makes back his investment. The royalty then increases to $50 per unit for all time. Barbara makes a 25% offer for $350,000 with no royalties. Nick and Anthony withdraw to their phone booth to talk about the proposals. They can be seen working with a calculator!

When they emerge, they reject Kevin’s invitation. Next, they offer $350,000 for 15% in response to Barbara’s offer. Barbara claims that it is insufficient and boasts about her connections in the contract furniture industry. They react once more with $450,000 for 30% after urging her to budge a little, but Barbara maintains she just wants a “fourth slice.” The Sharks won’t budge, so Robert asks them what they’re going to do. After a little discussion, they accept Barbara’s offer.

Entrepreneurs who have appeared on the Shark Tank TV show are frequently the subject of updates and follow-ups on the Shark Tank Blog. Despite Barbara’s advice, according to Nick and Anthony, the contract did not close with her. The Covid-19 epidemic in 2020 caused business at Cubicall to decline.

The business relocated its operations to the wider Las Vegas region during that year. Things began to pick up a little in 2021 as more opportunities arose. They reported $1 million in annual income as of June 2021.